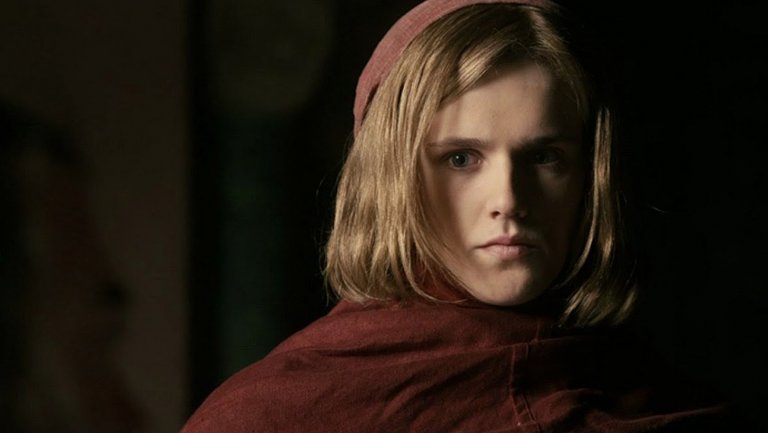 This week's 'Winter Was Here' podcast focuses on season two, episode five, 'The Ghost of Harrenhal.'

[Warning: Full spoilers through seven seasons of HBO's Game of Thrones are ahead.]

"In the light of the Seven, by all that is holy and light …"

These aren't quite famous last words for Lancel Lannister (Eugene Simon), the young man who was eventually consumed in the greatest act of wildfire violence ever committed on Game of Thrones — but they are very prophetic words indeed, uttered several seasons before his brutal demise.

By the time of the fifth episode of season two, "The Ghost of Harrenhal," young Lancel is at the mercy of Tyrion Lannister (Peter Dinklage), thanks to the acting Hand of the King's knowledge of Lancel's illicit relationship with Cersei (Lena Headey). In order to keep the secret (and his head for that matter), Lancel becomes a spy for Tyrion, reporting back on all of Cersei's secret activities. The first big scoop he brings to the table: Cersei's plot to concoct vast stores of wildfire, thousands and thousands of pots of the Westeros equivalent of napalm.

At first, Tyrion doesn't believe his cousin's report, until Lancel breaks out the devout language in order to bolster his claim — an ironic development on a few fronts, as Lancel will one day become a member of the holy Faith Militant force, an assignment that ends in his own fiery death at the heart of Cersei's wildfire plot in season six. As Arya Stark (Maisie Williams) says elsewhere in the episode, "anyone can be killed," which speaks to Game of Thrones' often unceremonious attitude toward removing players from the field. Sometimes, however, death comes in appropriately ironic fashion — as is the case with poor Lancel Lannister.

In the latest episode of "Winter Was Here," the Game of Thrones rewatch podcast collaboration between The Hollywood Reporter and Post Show Recaps, hosts Rob Cesternino and Josh Wigler discuss the events of "The Ghost of Harrenhal," including:

• How the show managed to mangle two magical moments;

• The arrival of Quaithe (Laura Pradelska), a mysterious figure from the A Song of Ice and Fire novels by George R.R. Martin, but one who quickly disappears from the show;

• Is there a future twist involving Arya Stark (Maisie Williams) and Quaithe? Almost certainly not, but we investigate the possibility all the same;

Additionally, for those who missed it, listen to the "Winter Was Here" recap of season two's fourth episode, "Garden of Bones," in the player below: