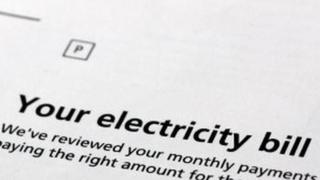 An electricity bill for more than $284bn (£212bn) left a woman in the US state of Pennsylvania stunned… until she found out the amount was wrong.

Mary Horomanski from Erie said the latest bill showed that she had to pay the entire amount by November 2018.

"My eyes just about popped out of my head," she told the Erie Times-News. "We had put up Christmas lights and I wondered if we had put them up wrong."

The electricity provider later said the actual amount was $284.46.

"I can't recall ever seeing a bill for billions of dollars," Mark Durbin told the Erie Times-News.

"We appreciate the customer's willingness to reach out to us about the mistake."