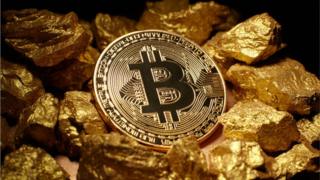 A manager of the Exmo Bitcoin exchange has been kidnapped in Ukraine.

According to Russian and Ukrainian media reports Pavel Lerner, 40, was kidnapped while leaving his office in Kiev's Obolon district on 26 December.

The reports said he was dragged into a black Mercedes-Benz by men wearing balaclavas.

Police in Kiev confirmed to the BBC that a man had been kidnapped on the day in question, but would not confirm his identity.

A spokeswoman said that the matter was currently under investigation, and that more information would be made public later on.

Mr Lerner is a prominent Russian blockchain expert and the news of his kidnapping has stunned many in the international cryptocurrency community.

Exmo described him as an analytics manager.

Blockchain is the technology that underpins the digital currency Bitcoin.

Exmo Finance is registered with Companies House in the UK, but has its main operations in Ukraine.

According to its website, it has 94,955 active users trading cryptocurrencies.

Separately, Exmo said in a tweet that it been the target of a cyber attack on Thursday.

Exmo spokesman Anatoliy Larin told the BBC: "We are doing everything possible to speed up the search for Pavel Lerner.

"Despite the situation the exchange is working as usual. We also want to stress that nature of Pavel's job at Exmo doesn't assume access either to storages or any personal data of users. All users' funds are absolutely safe."