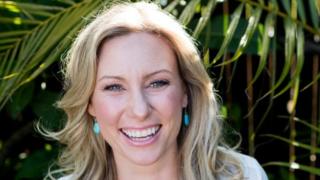 A US prosecutor says more work needs to be done before deciding on whether to charge a policeman who shot dead an unarmed Australian woman.

Justine Damond, 40, was killed by officer Mohamed Noor in July after she rang police to report a woman screaming outsider her Minneapolis home.

Investigations into her death are ongoing. No charges have been laid against Mr Noor.

The prosecutor had previously promised a decision by the end of the year.

However on Thursday, he said the case needed more time and that the investigation and review would not be rushed.

"It is more important to get it right than to get it done quickly," Hennepin County Attorney Mike Freeman said in a statement.

It comes two weeks after video emerged of Mr Freeman saying he was frustrated at the lack of evidence to charge Mr Noor, remarks he has since apologised for.

Those comments prompted alarm from Ms Damond's family in Australia, who said they were "deeply concerned" the shooting was not being investigated properly.

Ms Damond was unarmed and wearing pyjamas when she was shot by Mr Noor from a patrol car, authorities have said. She died from a single gunshot wound to her abdomen.

Mr Noor has chosen not to speak to investigators about the shooting.

The case sparked outcry in Australia and the US and led to the resignation of the Minneapolis police chief.

IcetruckDecember 29, 2017
Like story:
tweet
Trump says East Coast could use ‘Global Warming’ during cold
A year of historic change in Saudi Arabia, with more to come