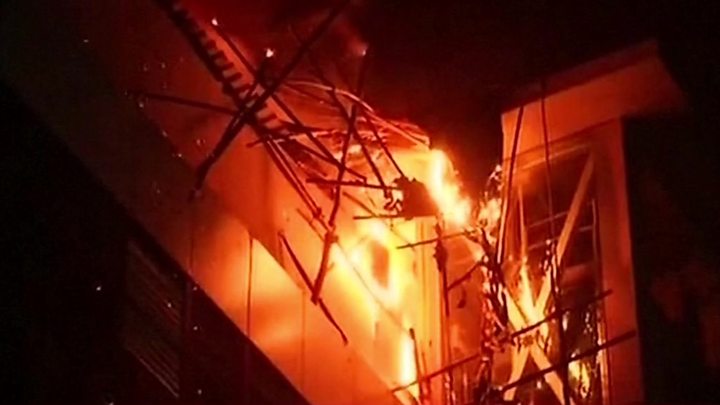 A massive late night fire that broke out at a Mumbai complex has killed at least 14 people, officials said.

The blaze erupted just after midnight at a building in the popular Kamala Mills restaurant and shopping compound. It engulfed the structure within 30 minutes, local media reported.

Six people have been hospitalised, the city's disaster management department told the BBC.

The fire started at the 1 Above rooftop restaurant, Indian media reported.

According to the Times of India, many of the guests tried to seek shelter in the bathroom and got trapped there.

Most of the casualties were women attending a party. A 28-year-old woman who was celebrating her birthday died in the fire, according to her grandfather who spoke to the Reuters news agency.

Police have reportedly launched an investigation.