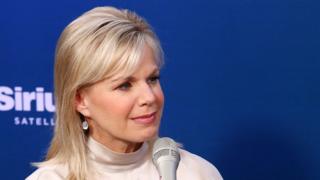 The Miss America beauty pageant has chosen a former winner as its chairperson for the first time after a scandal over leaked emails.

The organisation's CEO resigned in December after the leaks showed he mocked contestants over their weight and sex lives.

Former pageant winners were then invited to help choose new leaders for the Miss America Organization.

The former pageant winner turned journalist made headlines in 2016 when she sued Fox News chief Roger Ailes for sexual harassment, in a case that forced him out of the network and resulted in a cash settlement.

She has also previously served on the Miss America Organization's board.

The scandal began when The Huffington Post revealed the contents of three years' worth of leaked emails from the pageant's CEO, Sam Haskell, to others who frequently made vulgar and disparaging comments about former contestants.

They referred to contestants by a vulgar term for female genitalia, expressed a wish that one particular Miss America had died, and speculated about the number of sex partners another had had.

Mr Haskell often forwarded or replied to such chains with encouraging comments, the Post reported.

Ms Carlson will serve as chairperson after its former occupant, Lynn Weidner, also resigned in the wake of the revelations. It is not yet clear what will happen to the vacant CEO position.

In a tweet about her new role in Miss America, Ms Carlson said she was "honored to move this iconic program forward".

Days earlier, she had criticised proposals to bring in former contestants to the board, claiming: "This new tactic pays lip service to groups of stakeholders, while guaranteeing that the majority of the current board will stay on".

2) This new tactic pays lip service to groups of stakeholders, while guaranteeing that the majority of the current board will stay on and be able to choose the replacements for those who have resigned. @kateshindle @ItsMalloryHagan

"The only solution that will #SaveMissAmerica is resignation of all board members," she added.

In a statement announcing her appointment as chairperson, the organisation said: "Most previously serving Directors have resigned from the Board."

It also added that three other former winners had been given positions on the board: Laura Kaeppeler Fleiss (2012); Heather French Henry (2000); and Kate Shindle, (1998).

Commenting on the public scandal in an official press release, Ms Carlson said: "Everyone has been stunned by the events of the last several days, and this has not been easy for anyone who loves this program.

"In the end, we all want a strong, relevant Miss America and we appreciate the existing board taking the steps necessary to quickly begin stabilizing the organization for the future."