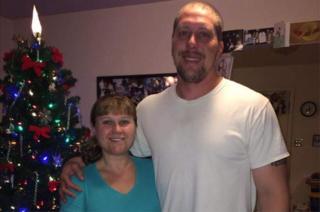 A 16-year-old is accused of shooting his parents, sister and a family friend at home on New Year's Eve.

The boy has not been officially identified, but neighbours identified him to local media as Scott Kologi, who has autism and was home-schooled.

Police received a call about the shooting from inside the home in the beachfront city of Long Branch on Sunday night at 23:43 local time.

Officials say the rifle used in the attack was legally owned by a resident.

Authorities have not divulged a motive for the suspect, who they say will be prosecuted as an adult and was taken into custody without incident.

He is expected to appear in court on Tuesday to face four counts of murder and one weapons charge.

Four are dead after a shooting right before the New Year in Long Branch. https://t.co/xqpBlab4cX @LongBranchPD

The boy's grandfather and older brother were not targeted and escaped unharmed.

He said the family had no history of domestic violence known to police.

"It's a terribly tragic incident," the prosecutor added.

Neighbours told local media that Scott Kologi has special needs, and did not attend the local high school unlike his older brother and sister.

Veronica Mass, a family friend, told NJ.com the Kologis "were a close-knit family".

Mrs Mass said Scott had been home-schooled by his mother since he was about nine years old, after he struggled academically and was bullied by other students at school.

"He improved dramatically after being home-schooled," Mrs Mass told NJ.com.

"He learned to read, did his math. He got up to where he was supposed to be."

Several neighbours say they initially assumed the gunshots were New Year's fireworks, and did not realise what had happened until police investigators arrived.

Joe Rios, another friend, told the New York Post the rifle belonged to the boy's father, who he said was a US veteran.

Brittany had just completed her first semester of university, said Stockton University in a statement.