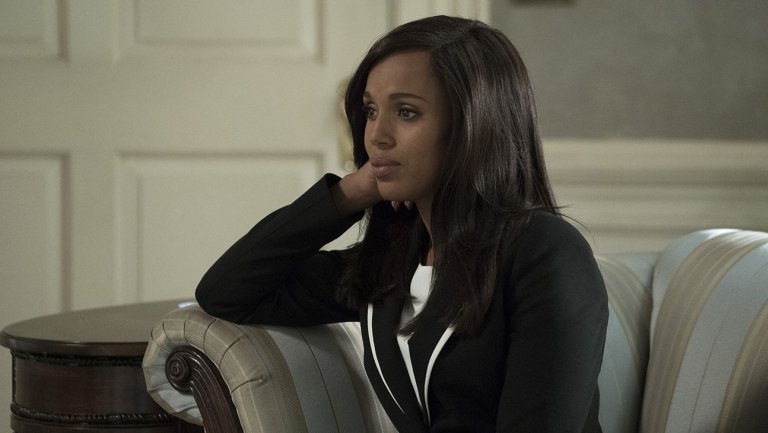 'Scandal,' 'How to Get Away With Murder' Crossover Set

Stars Kerry Washington and Viola Davis are putting in time on each other's respective set.

After four seasons, ABC's Shondaland dramas Scandal and How to Get Away With Murder are finally crossing over.

ABC said Wednesday that both shows will cross over. An air date for the TGIT event has not yet been determined. Scandal star Kerry Washington and Murder lead Viola Davis will both visit each other's respective shows as the event will see both characters in the same setting. (See the first photos, below.) Rhimes, who exec produces both shows, also shared a page from the script.

The Scandal episode is written by Raamla Mohamed and directed by star Tony Goldwyn (Fitz); the Murder installment was penned by Morenike Balogun and Sarah L. Thompson and directed by Zetna Fuentes.

The news comes as Scandal is in the midst of its final season and ratings for Murder have tumbled. Both shows, though, retain a loyal and vocal viewership.

For his part, Murder creator Pete Nowalk told THR after the show's series premiere in September 2014 that he'd hope that Olivia and Annalise "exist in completely different worlds."

"I'll never say never because you can't, but I never think there will be a crossover," he said, siting Murder co-star Liza Weil having played the key role of Amanda Tanner in season one of Scandal. "For example, Scandal alum Amanda Tanner [played by actress Liza Weil] is in our show. I pointed her out as an example as a character mystery. They all are, though. Everyone will be wearing a mask and will take it off slowly but surely."

Hey Ms @violadavis check it out. This spot look familiar?! Where are you? https://t.co/JFdiCTmbFs pic.twitter.com/OcLdXtS9Nz

Hey @KerryWashington, guess where I am?! pic.twitter.com/WKKJzrQcJx

Scandal How to Get Away With MurderRead the full article – Hollywoodreporter.com