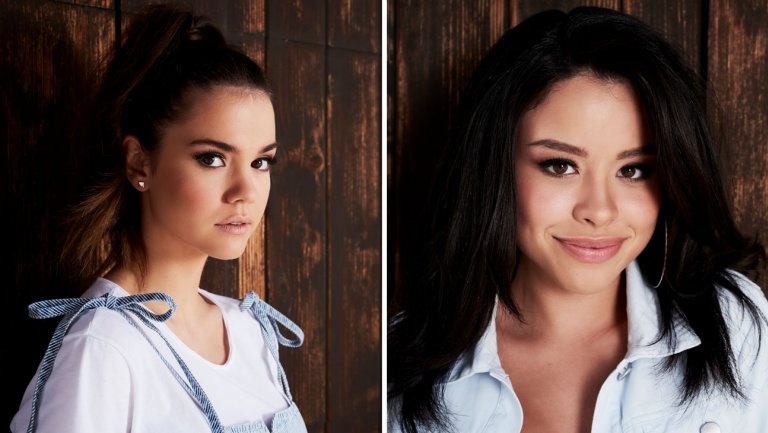 'The Fosters' to Wrap After 5 Seasons as Freeform Orders Spinoff

The show will wrap in the summer with a three-night limited series finale event, with a spinoff set to revolve around Maia Mitchell and Cierra Ramirez.

Freeform's The Fosters is ending one chapter and beginning a new one.

The younger-skewing Disney-owned cable network is set to conclude the GLAAD Award-winning drama's five-season run with a three-night limited series event in the summer. At the same time, Freeform has handed out a straight-to-series 13-episode order for a spinoff starring Maia Mitchell (Callie) and Cierra Ramirez (Mariana) as they embark on the next phase of their young adult lives.

“First and foremost, we want to thank our fans — our supportive ‘Fosters Family’ — and Freeform for fostering this show," creators and executive producers Joanna Johnson, Bradley Bredeweg and Peter Paige said Wednesday in a joint statement announcing the news. "It’s been the privilege of our lives to get to shepherd this beautiful family through five seasons of love, laughter, heartbreak, tribulation and triumph — and message to the world that DNA doesn’t make a family, love does. All while allowing us to explore some of the most pressing social issues of our era. Now that the kids are growing up, it’s time to take them out into the world, to see them make their way into adulthood, continuing their search for identity and love, and the pursuit of their dreams and purpose in this ever changing world.”
The 10-episode second half of season five will return Tuesday at 8 p.m. ET/PT on Freeform and include the landmark 100th episode. The three-night limited series finale event will air in the summer and lead directly into the new series starring Mitchell and Ramirez, who played adopted siblings in the Foster family. The original Fosters producing team — Bredeweg, Paige and Johnson as well as exec producer Jennifer Lopez — will return for the finale event as well as the untitled spinoff. Additional casting for the spinoff will be announced later.
The decision to wrap The Fosters and lead into a spinoff comes as Freeform is changing its approach to scripted. Rather than blocks of programming, the younger-skewing network is focusing on an hour across four nights of the week and using tentpole movies as lead-ins. The Tom Ascheim-led cabler has, since rebranding from ABC Family, focused on what it calls "becomers" — the young-adult demo experiencing a series of firsts in life (like love and work). To that end, Freeform's scripted slate also includes Grown-ish, The Bold Type, Alone Together, The Siren, Famous In Love, Young and Hungry, Shadowhunters, Beyond and Marvel's Cloak and Dagger. The network is also readying a spinoff of its most brand-defining hit, Pretty Little Liars. That project is also expected to go to series. The Fosters FreeformRead the full article – Hollywoodreporter.com