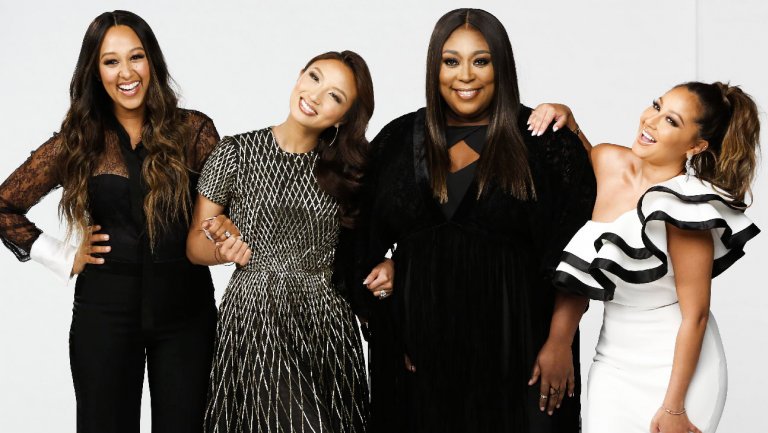 'The Real' Renewed for 2 More Seasons

Panel talk show The Real is getting two more seasons at Fox.

The syndicated talker from Warner Bros. Domestic Television Distribution and Telepictures has been renewed for a fifth and sixth season, it was announced Wednesday.

The Real, which airson all Fox-owned and -operated stations,ishosted by Adrienne Houghton, Loni Love, Jeannie Mai and Tamera Mowry-Housley and covers topics ranging from current events to beauty, fashion, relationships and personal conversations about the hosts' lives. The talk show went live for the first time in its fourth season, giving viewers the opportunity to interact with the hosts in real time and growing its social media footprint. The daily one-hour show has been nominated for both an Emmy and NAACP Image Award.

The renewal includes 17 markets, reaching over 37 percent of television homes in the country. The Real also encores nightly on BET.

"Since 2010-11 season, 23 talk shows have launched and The Real and Steve Harvey are the only two series to last four or more seasons,” Warner Bros. Domestic TV Distribution president Ken Werner said in a statement. “While there are other panel talk series on the air, what truly makes The Real stand out from the pack is that it is comprised of four very strong, very authentic and very engaging hosts whose chemistry is unrivaled. Fox has been with us since the start, and we are thrilled that together we have built a strong franchise that will continue to entertain, inform and inspire viewers for years and years to come.”

Added Frank Cicha, senior vp programming at Fox: “On one hand, it's very gratifying to be renewing a program that started as a test. On the other hand, it doesn't matter how it got here. Warner Bros. set out to fill a void and it fit our audience perfectly. Congrats to the cast and crew.”

"This season has been a thrill," said executive producer Rachel Miskowiec. “Going live showcases Adrienne, Loni, Jeannie and Tamara in the best light. They’re able to address the tough questions and the headlines as they break. The news cycle is only getting faster and we’re looking forward to keeping up with the hottest stories and booking more guests to contribute to the conversation."

The Real, which films in Los Angeles, airs on Fox Television Stations and in national syndication (check local listings).