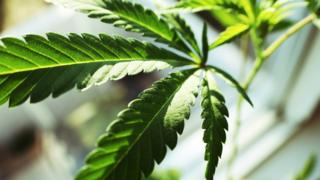 The Australian government has said it aspires to be the world's leading exporter of medicinal cannabis.

The nation plans to change its regulations to join Canada and the Netherlands in selling products beyond a domestic market. Uruguay and Israel have announced similar plans.

Australia legalised the use of medicinal cannabis in 2016. Using the drug for recreation remains illegal.

"Our goal is very clear: to give Australian farmers and manufacturers the best shot at being the world's number one exporter of medicinal cannabis," Mr Hunt said.

Changing national regulations will require parliamentary approval. That could happen as soon as February with support from the Labor opposition.

The Australian Broadcasting Corp reported the changes would extend of products including oils, patches, sprays, lozenges and tablets.

Mr Hunt said the change would stimulate the local industry, benefiting Australian patients as much as businesses.

The global market for medicinal cannabis could eclipse $55bn (£40bn; A$70bn) by 2025, according to an estimate by US consultancy company Grand View Research.

Earlier this week, California became the largest US state to legalise the use of recreational cannabis.