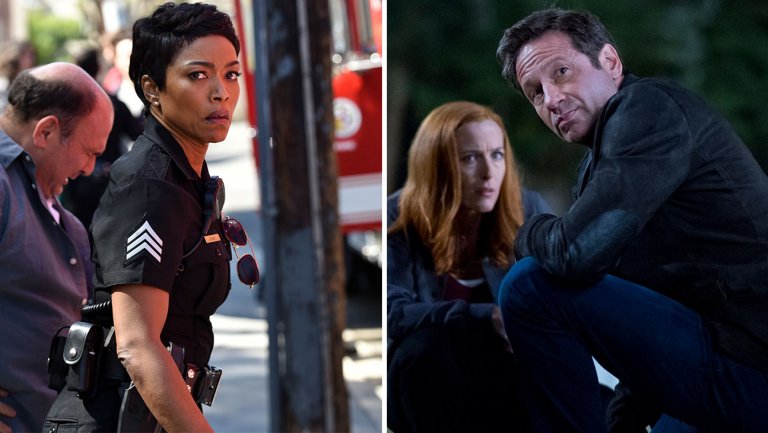 The Ryan Murphy drama narrowly wins the night, growing 30 percent from its lead-in — which saw diminished returns from its 2016 run.

Starting what's sure to be a confusing 2018 with an aggressive programming slate, Fox premiered two series on Wednesday night — the latest iteration of The X-Files and Ryan Murphy's 911. And it was the newcomer procedural that fared the best.

At 9 o'clock, the series premiere of 911 averaged a 1.8 rating among adults 18-49 and 6.8 million viewers. That marked a 30 percent improvement from its lead-in. For those keeping track, that's also upward movement from Murphy and frequent collaborator Brad Falchuk's last broadcast series, Scream Queens. Back in fall 2015, that kicked off with a 1.7 rating in the key demo and 4 million viewers. There was a lot of pressure on 911's to perform, given the promotion and pedigree of the cast (Angela Bassett, Connie Britton and Peter Krause), and — at least for its premiere — it offered suitable retention for a night that normally suffers dramatically when Empire goes on hiatus.
What's better, 911 ranked as the highest-rated show of the night, narrowly topping ABC's Modern Family. The drama also grew between its first and second half-hours, which offers some evidence that the procedural was easily approachable for audiences.

Prior to 911, legacy drama The X-Files returned to a 1.4 rating among adults 18-49 and 5.2 million viewers. The series was never going to duplicate the kind of numbers it brought in its 2016 revival, premiering out of the NFL, but it was also still a steep drop from it finale that year. That means there'll be more pressure on The X-Files to perform on other platforms.

It was another relatively aggressive night for the New Year, with the entire Big Four airing originals.