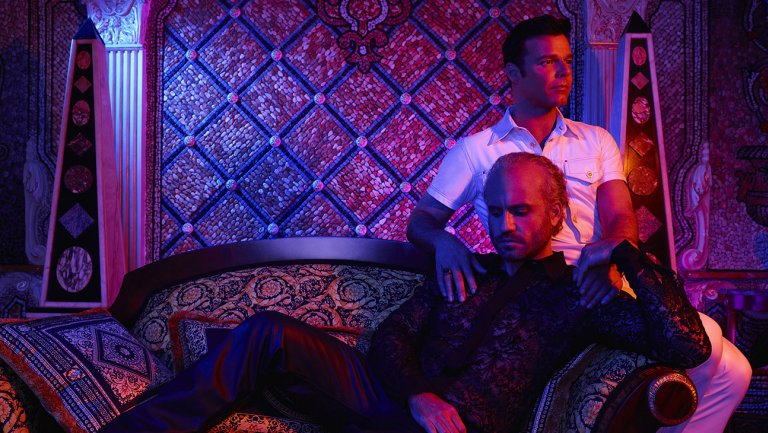 "The first season was a court room boiler," says the executive producer. "The second season, which you'll see, is a manhunt."

Two years after unloading Emmy catnip The People v. OJ Simpson: American Crime Story on FX, Ryan Murphy's follow-up is finally ready. The Assassination of Gianni Versace premieres on Jan. 17, and Murphy is being very clear that he did not want to make a retread.

"Every season of this show will have a different tonality," Murphy told TV critics at the semi-annual press tour on Friday evening. "In The first season was a court room boiler. The second season, which you'll see, is a manhunt."

Early in the Versace process, during pre-production, Murphy had said that the series would not just focus on the crime and effects of Versace's murder as The People v. O.J. Simpson did. Instead, Versace expands on the central event to expose the role homophobia played in the unsuccessful pursuit of serial killer and Versace murderer Andrew Cunanan — not unlike the way O.J. did with racism in America.

Versace famously was intended as the third installment of the American Crime Story franchise, but a Hurricane Katrina season had to be creatively reconfigured.

"The third season [Katrina] really looks at the medical conditions in our hospitals and global warming," said Murphy. "Is this going to happen again? It is. Well, who has the right to decide who lives or dies in our country?"

Murphy has been upping his already considerable TV contributions. His promotional spin for Versace was his third in little more than a day, repping Fox drama 911 on Thursday and plugging FX summer entry Pose earlier Friday afternoon.