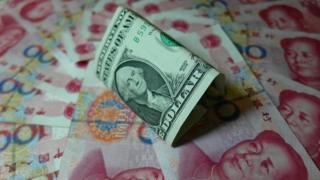 China is issuing long-term visas to lure highly skilled people from abroad to work in the country.

The multi-entry visas will be valid for between five and 10 years, according to state media.

Technology leaders, entrepreneurs and scientists from in-demand sectors are among those eligible to apply.

China has set out goals for its economic and social development, and sees recruiting experts from abroad as key to achieving that.

When plans for the scheme were first considered, China said at least 50,000 foreigners would benefit.

Applications for the visas can be made online, are free of charge and will be processed quickly, the Chinese government said.

Visa holders will be allowed to remain in the country for up to 180 days at a time, and will be eligible to bring partners and children.

In 2016 China introduced a ranking system for expatriates, aimed at identifying the skills it wanted to attract while reducing the number of lower-skilled foreigners coming into the country.

According to a document from the Chinese government, those classed as "high-end foreign talent" included Nobel Prize winners, successful Olympic athletes and directors of "world famous colleges of music fine arts and arts".