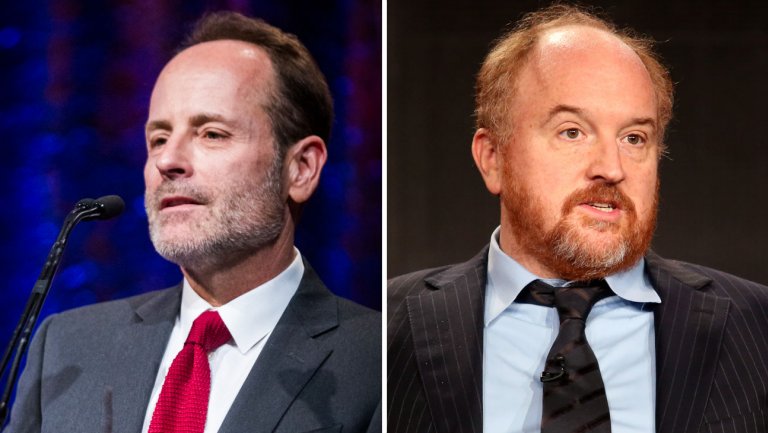 The network also completed its own investigation into the comedian's behavior on his five FX shows and found no evidence of wrongdoing.

He brought up the issue himself in his opening remarks at the Television Critics Association winter press tour, referring to the statement the network released on Nov. 10 revealing it would end its business relationship with the comedian and producer after C.K. acknowledged that the sexual misconduct reported in The New York Times was true.

"Our other statement at the time said that we would conduct a further investigation to determine if there was any misconduct on any of the five shows that Louis produces for FX," he said to the room of critics that filled the Langham Hotel ballroom in Pasadena, California. "Having recently completed that investigation, we did not find any issues placing instances of misconduct of any kind during the 8 years we’ve worked together."

When pressed by a reporter in the crowd if he had heard the rumors about C.K., which had been floating around online and in comedy communities, Landgraf didn't hesitate. "We didn’t know about them. I mean, the only thing I’m aware of is a blind item in Gawker, which to me that’s not an actual news story. It’s not a verifiable anything, it didn’t even mention names," he said. "We had no awareness before the The New York Times report."

The executive also acknowledged that he spoke with C.K. over the phone at the time — but was vague in his retelling of the conversation. "He indicated to me that he was going to write something that publicly acknowledged that the statements reported in The New York Times were true, and knowing that, we made a decision that were were going to cut ties," he said, "and we decided we were going to do that after he acknowledged the truth of the reports."

For FX, ending its relationship with C.K. meant that the studio would cancel the overall deal it had with the comedian and his production company Pig Newton, and he'd be removed as an executive producer on the four shows he was producing with the network — Baskets, One Mississippi, The Cops and Better Things. On the latter, C.K. was heavily involved, and is credited with co-writing every episode of the second season with co-creator Pamela Adlon. On stage, Landgraf insisted that Better Things is "Pamela's show" and that he's "optimistic and confident" about the upcoming third season. "Louis was her co-writer, so she's going to have to write them all herself or find another co-writer — but she's the creative engine of that show and that won't change," he said.

When asked about the legacy of C.K.'s comedy Louie and whether it will ever return to FX's library (his projects were removed from the network's on-demand services amid the allegations), Landgraf admitted that he didn't really know and that what needs to happen next in Hollywood and in our culture are bigger and more important than whether C.K. may or may not be restored into FX's streaming services. "Also, I don't know what Louis is going to do. I don't know what's up with him, what further things he has to say, so we're kind of in a wait-and-see mode," he said. "For me personally, I still think that's a great show. It's a show you might look at through a different prism now than you looked at it before, but if you thought it was art, it's still art — maybe art of a different kind."