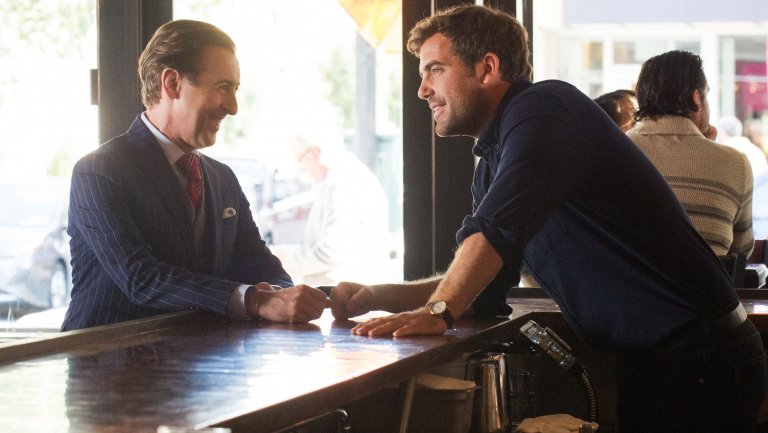 Premiering in March, the drama is based on the James Patterson book in which the central character is gay and married.

"While it's a procedural with a light tone, that's something that sets it apart," showrunner Michael Rauch told reporters Saturday morning at the Television Critics Association's winter press tour. Rauch said the series takes liberties that aren't in the book — and also changed some of the male characters from the source material to be women on the CBS take as a way to "subvert traditional dynamics." Sharon Leal, Bojana Novakovic and Naveen Andrews co-star.

"It was one of the reasons I wanted to do the show," said Cumming, who also is an exec producer on the drama. "To be the first ever network drama [with a gay lead] on U.S. television, it's an incredible thing and a terrible thing at the same time. It's another layer to the character. Socially and politically, especially at time in America where gay people are being persecuted and our rights are being removed and the president is condoning the persecution against gay people by his silence, it was all the more important to have a character with a healthy same-sex marriage on TV. I applaud everyone on CBS for have the courage to put that on right now in a climate where that may not be the best time to do that. But I think it's the perfect time to do that."

Instinct premieres Sunday, March 11 at 8 p.m. on CBS. Watch a trailer, below.