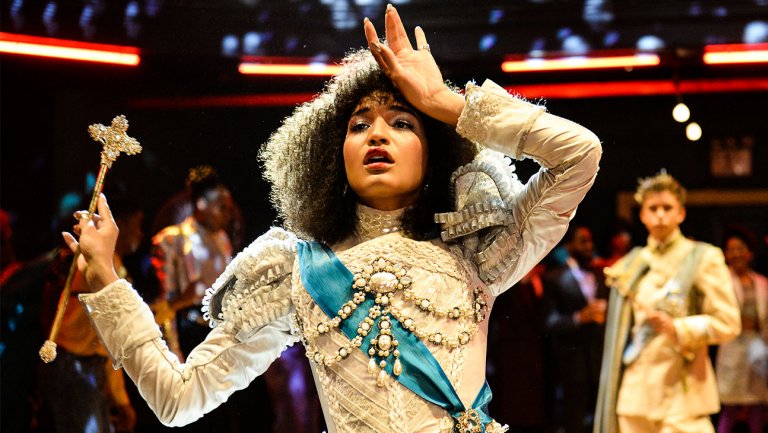 The eight-episode 1980s-set drama will air in the summer.

Mere weeks after finishing production on the pilot and securing a series order, the cast and creators of Ryan Murphy's newest FX drama, Pose, met reporters Friday at the Television Critics Association's winter press tour where they touted the realness of the drama that explores the ball culture.

Pose looks at the juxtaposition of several segments of life and society in 1980s New York: the rise of the luxury Trump-era universe, the downtown social and literary scene, and the ball culture world.

Writer-producer Janet Mock pledged that Pose would move beyond telling transgender origin stories like coming out in order to see "trans characters beyond the struggles with their bodies" and beyond "their trans-ness."

As part of that, Murphy noted that he would not have allowed a straight actor to take on any of the show's trans roles as that conflicted with the show's central theme.

"The show is about the search for being authentic, about creating opportunities," Murphy said. "We're past an era of straight men playing these roles. It's time to think differently and offer more opportunities to people who want to work. Many of this cast have never been in front of the camera before."

Murphy noted that while he's optimistic that the show makes stars of its trans cast members and affords them the chance at having a career outside of Pose, he hoped the same would be true for its writing staff, including Steven Canals — who co-created Pose and penned the script — as well as Mock. For both, Pose is their first show. "I'm interested in them getting their next show and moving into the mainstream," Murphy said.

For his part, Canals noted that he originally penned the script that became Pose during his time at UCLA when he was studying screenwriting in 2014. At the time, he recalled being told that the drama was "too niche" and there "wasn't an audience for it," with other executives questioning where a show like that could live. Once he met Murphy, everything came together. Murphy had been contemplating making a TV series based on Paris Is Burning, the 1990 documentary about the New York ball culture, but that changed once he read Canals' script.

"It was important to have representation and during that first meeting with Ryan, he understood that and had his own reasoning for wanting to tell this story as well," Canals said.

Like Fox's beloved Glee, which turned the spotlight on the underdog, Murphy hopes Pose put a spotlight on a group of people whom he said are "more and more disenfranchised and cut off." "We want to celebrate them," Murphy said of both the trans and ball communities. "I grew up feeling like I'm never going to be allowed to show the best that I am so being able to do that now for these people is very powerful."

As for the series itself, the show starts in 1987 and ends when Madonna releases "Vogue" and the ball community goes mainstream.

The eight-episode drama will premiere in the summer. A specific date for Pose has not yet been determined.