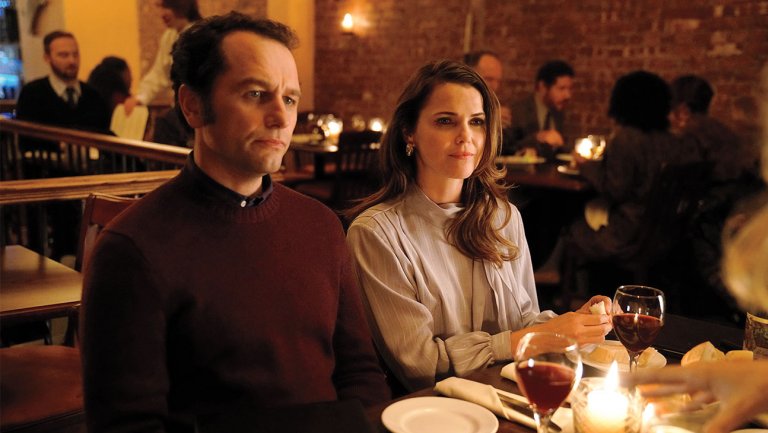 The sixth season of the spy drama will bow Wednesday, March 28 on FX.

As The Americans heads into its sixth and final season, FX trekked out the cast and creators of the critically-beloved spy drama to the Television Critics Association press tour for the very last time on Friday.

On hand to field questions about the upcoming episodes, which will begin airing this Spring, were executive producers Joe Weisberg and Joel Fields, along with actors Matthew Rhys, Keri Russell, Holly Taylor, Keidrich Sellati and Costa Ronin. The panel quickly turned sentimental when reporters began asking about how the castmembers were feeling about the show ending, though Russell acknowledged that they haven't quite gotten there emotionally yet as they are only about halfway through filming.

"We shoot the dead of winter in New York and it’s such an uphill sprint — the cold, the struggle of it all. I feel like heads are still down charging up that hill so there’s not a lot of time for reflection yet," she said of the series, which centers on the complex marriage of two KGB spies posing as Americans in suburban Washington D.C. during the Reagan administration. "But I will say, since we’ve read 11 scripts, it feels really good and satisfying what Joe and Joel have created."

For Rhys, he's still figuring out how to not think about the end of it all. "The perennial struggle of The Americans has been knowing where to land these huge momentous moments as an actor. And I think one element of trying to restrain yourself in the final season is pre-empting any of that. You have to remember that it’s the present," he told the crowd at the Langham Hotel in Pasadena. "So that’s a process that I’m still grappling with."

Looking back on her time on the show, Russell noted that when she first signed onto the project, she had no idea what it'd turn out to be. "I have relished this experience. It’s just been such an enjoyable, creative one, and I love the storytelling," said the actress, who alongside Rhys landed an Emmy nomination last year, even though the series didn't manage to crack the outstanding drama category. "I know we’re set in this 1980s spy show but it's truly one of my favorite marriage stories couched in this cold war spy world… and as a woman, it’s been an incredible feminist role."

The final season of The Americans will debut March 28 at 10 p.m. on FX.

The AmericansRead the full article – Hollywoodreporter.com