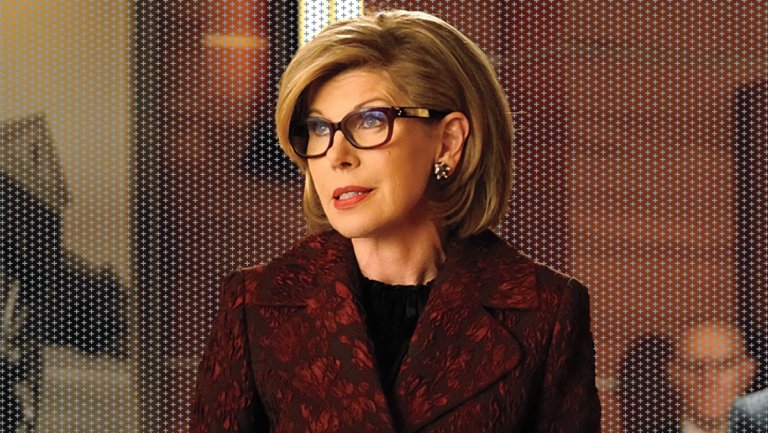 The sophomore season will include a storyline about the Democratic Party courting the series' central law firm to get the president out of office.

"Trump fatigue," a common affliction for anyone who has consumed popular culture or media at any point over the past two years, is becoming a problem for TV characters as well.

Christine Baranski's character will struggle with her own political ennui on the second season of CBS All Access' The Good Fight, per series creators Michelle and Robert King. On the bright side, the showrunners revealed that the No. 1 on their call sheet will also get a storyline about potentially impeaching current U.S. president Donald Trump.

"The Democratic Committee is auditioning firms to take over impeachment hearings," Robert King explained to reporters Saturday morning at the Television Critics Association's winter press tour in Pasadena. "A lot of it is a debate about how Trump could be impeached."

But this isn't exactly speculative fiction. Hypothetical impeachment, fictionalized and real, largely hinges on a fruitful midterm for Democrats — so no presidential parody will actually have to face down Baranski's Diane Lockhart during the upcoming run of the Good Wife spinoff. It will be in the conversation, though. Added King, "These are people who are really counting their chickens before they're hatched."

Like The Good Wife before it, The Good Fight aggressively leans into politics. The drama retooled its first episode in the wake of the 2016 presidential election and touched on the effects of Trump being in office throughout the freshman season. It is also approaching the issue from a decidedly progressive point of view, with its lead and supporting characters overwhelmingly liberal.

The Kings, speaking at a panel on politics and social issues alongside several other CBS showrunners, confirmed a few other hot-button topics that their series will be tackling in its return, including sexual harassment. The Good Fight will riff on Ronan Farrow's struggle to get his Harvey Weinstein exposé on the air at NBC News by focusing an episode on journalists trying to expose a liberal star on their own broadcast network, a fact that doesn't sit well with their bosses.

"We thought almost everything would have been torn apart on this issue," Robert King copped, acknowledging that the subject has been more enduring than they originally thought.