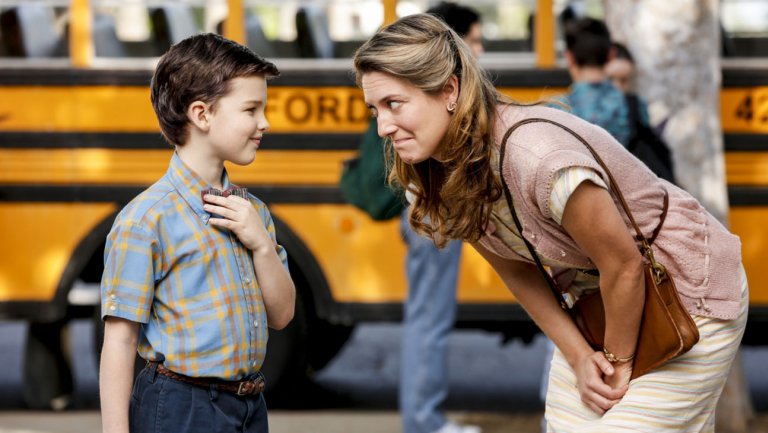 CBS is growing another year older with young Sheldon Cooper.

The network, ahead of its time before the press Saturday at the Television Critics Association's winter press tour, handed out an early season two renewal to Big Bang Theory prequel Young Sheldon.

In announcing the early pickup, CBS noted that the single-camera entry from Chuck Lorre and Steve Molaro is the most-watched new comedy on any network in 18 years. The series, which counts Big Bang Theory Emmy winner Jim Parsons as an executive producer (and narrator), is the No. 1 new comedy among total viewers (16.2 million) and the advertiser-coveted adults 18-49 demo (4.9) and is the No. 2 comedy on all of TV, behind only its flagship series.

The Iain Armitage and Zoe Perry comedy about the young version of Parsons' character Sheldon Cooper has the best retention out of Big Bang Theory and has helped provide CBS with a proven hit after the flagship series. The network in recent seasons had struggled to launch — and maintain — a series after TV's most-watched half-hour.

"Young Sheldon has made a huge impact on our schedule in the short time it’s been on the air,” CBS Entertainment president Kelly Kahl said. “While the show’s DNA is clearly rooted in The Big Bang Theory, Young Sheldon has staked out its own place in the TV universe with a unique creative tone, brilliant writing and a gifted multi-generational cast. We can’t wait to see Chuck, Steve, Jim and Todd [Spiewak]’s vision for how the Cooper family deals with Sheldon growing a year older … and smarter.”

The early renewal comes after the network committed to a full season ofthe series after only one episode.

Young Sheldon, produced by Warner Bros. Television, where Lorre, Molaro and Parsons are all under rich overall deals, is the first freshman comedy at CBS to earn a pickup. It joins Big Bang Theory on the network's 2018-19 schedule.