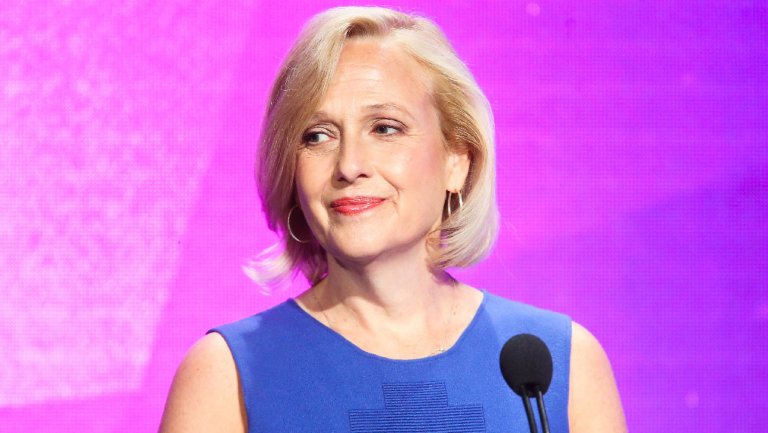 PBS Chief on the Aftermath of Charlie Rose, Tavis Smiley and #MeToo

"When we are aware of issues, we move quickly," said the president and CEO of the public broadcaster at TCA.

The president and CEO of the pubcaster was hit with a series of inquiries about the onslaught of sexual misconduct allegations in the news, some of which were aimed at PBS personalities. "As the past year illuminated, our nation is at a crossroads on many issues of consequence, with divergent views about a path forward. It is our job in the media to shed light on these issues," said the exec, alluding to Charlie Rose and Tavis Smiley: "And in some cases, we’ve been a part of the story, including the seismic #MeToo movement."

Specifically asked about Rose — with whom PBS cut ties the day after eight women accused the famed interviewer of sexually harassing them — and how it is that with all the years he worked for PBS, it was ultimately The Washington Post that broke the story about him, Kerger pointed to the structure of the broadcaster. "The way that we're organized is that the production that comes to public broadcasting is all done by independent organizations, as was Charlie's," she explained, adding that the longtime host managed the program and all the human resources himself out of his own organization. "We didn't have the kind of view into that organization. We learned of the issue the morning they actually wrote the story in The Washington Post."

Still, Kerger was careful not to claim that being a federated system means PBS is somehow blame-free. "That does not absolve us of responsibility of trying to ensure that we are supporting a culture where people are valued and respected," she added. Within PBS, the exec noted that there is an HR department that is not only responsive but is also proactive, and a whistleblower line employees are encouraged to use (the calls go directly to the board and not to management). All employees are also required to go through sexual harassment training, with a second level for managers, and a recent decision was made to make everyone go through it every year.

Kerger added that when PBS is made aware of such issues, the broadcaster moves swiftly, "as we did with Charlie Rose and as we did when we had the complaint with Tavis Smiley." She clarified, though, that each set of allegations underwent different review processes because PBS found out about the latter when it was approached directly by someone who had an issue with Smiley, rather than by a news story from a publication that had done its own reporting, as was the case with Rose. It meant that the pubcaster had to hire a law firm to conduct the investigation into Smiley. "Based on multiple allegations of inappropriate behavior as well as his own words about what happened, led us to the decision for us to suspend his series," she said.

As for who will ultimately occupy Rose’s time slot, Kerger said she’s happy to have Christiane Amanpour, whose CNN International show is being rebroadcast as Amanpour on PBS to fill in Rose's old slot on an interim basis. “I think it’s just been very solid,” Kerger said of the show. “But look, Charlie was was on the air for 25 years, and I think we have a moment to think very hard about what we want to do at 11 o’clock on public broadcasting, so we’re looking at a lot of different possibilities of which Christiane may be a part." The exec added that she wasn't there to announced that Amanpour will be off the air soon or that there's another program in the wings ready to go — but that she's very much still figuring it out.

In other news, Kerger shared an update on federal funding, a topic she had last addressed in July at the summer TCA session when she detailed the stakes of a Trump budget fight. Since then, the key Senate committee has recommended full funding for the fiscal year and the House of Representatives has passed an omnibus bill with significant funding. As the House and Senate work toward a final appropriation package, Kerger noted she was hopeful that it will include full funding for broadcasting.

"We’re grateful to have bipartisan support in Congress, which reflects support we have for Americans in every corner of this country," said Kerger, the last exec to meet with reporters at the TCA gathering in Pasadena, who added that the fight isn't over just yet. "Despite our progress, we expect that some in Washington will attempt to eliminate funding in the next budget, a process that begins in just a few weeks. So it is important that we continue to demonstrate our value and share stories of impact."

IcetruckJanuary 16, 2018
Like story:
tweet
Fitness Mobile Apps to help You Reach Your 2018 Goals
How to Monetize a Sports Blog