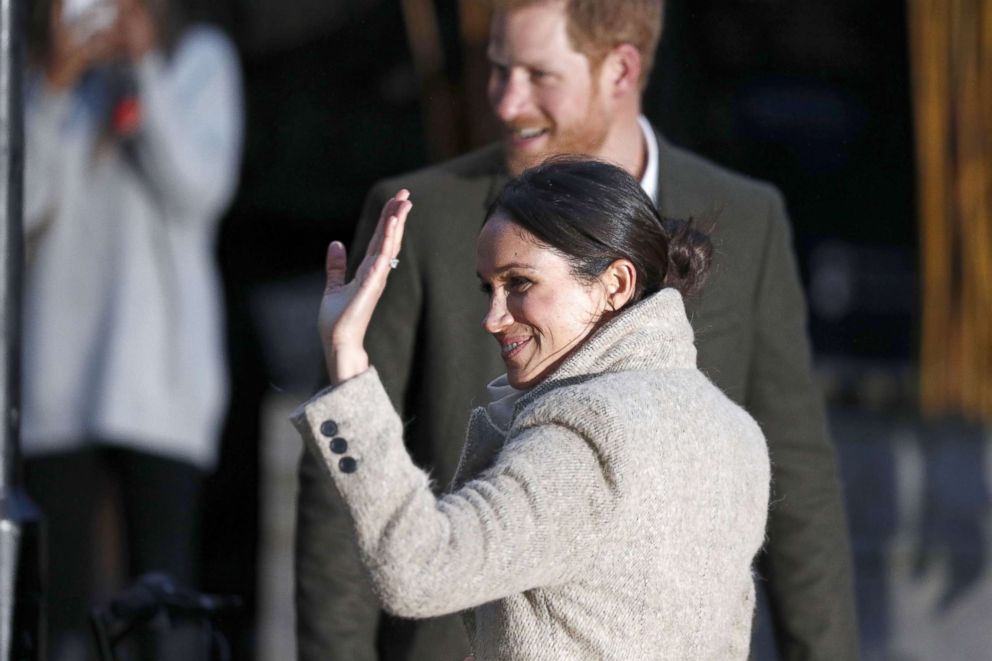 Meghan Markle rocks the messy bun for 2nd time: How to achieve the trendy look

When Meghan Markle visited Wales Thursday with Prince Harry, the crowd went wild and women everywhere took a second look: Markle had again stepped out with her long hair pulled back in a messy bun.

Could she really be a royal-to-be just like us, sweeping her hair into a bun so she doesn't have to worry about it while she gets to work?

Markle, the California native who will marry Harry in May, chose to forego perfectly coiffed hair for a look that any woman can achieve. Her bun included wisps of hair sticking out and strands of hair pulled out to frame her face.

"It's something women have always done but surely Meghan will inspire that a bit more," said Alli Webb, the founder of Drybar, the famous blow dry bar with 90 locations across the U.S. "It's different and it feels fresh."

Markle, 36, first debuted the messy bun look earlier this month while visiting a radio station in Brixton, England, with Harry.

Though Markle recently moved to London, the former "Suits" star was a client of Drybar for "many years," according to Webb.

"She loves a good blowout just like the rest of us," Webb said. "She’s so sweet and so nice and she cares about her hair."

Webb said Markle may have been choosing a bun for a more strategic reason than simply style: To extend the length of a blowout and to protect her hair from heat treatment.

"We recommend waiting three to four days between blowouts," Webb said. "Extending your blowout is a huge category for us and we have everything from a dry shampoo to a shower cap designed to get the longest bang for your buck.

"This is another option of pulling it into a low, chic bun," she said. "You can just re-blow your hair at the front and pull the rest back and it looks very fresh and new."

Markle’s future sister-in-law, Princess Kate, typically wears her hair down, often with loose curls. She also sometimes steps out in a chignon for formal events or a ponytail for more casual events.

Markle's perfectly-imperfect bun could have been done by a stylist or by Markle herself. It was matched Thursday by her entire look, which featured on-trend jewelry and clothes and accessories — including a purse and jeans — that were from socially conscious labels.

"I think Meghan's look is saying you can look pretty and feel good in a lot of different ways," said Webb, whose 3,000 stylists complete around 1 million blowouts each year. "You don’t have to have perfectly styled hair to be public facing and show confidence.

"There are a lot of ways to style your hair and so many different options that women have," she added.

GlamSquad is an on-demand beauty service that operates in major cities from New York to Los Angeles.

The company's creative director, Giovanni Vaccaro, told ABC News the bun is "always on trend" but that more and more women are requesting a "messy, effortless, casual style."

"We believe the recent increase in this requested look is a reflection of both Meghan and [Hollywood's] awards season," he said.

3. Pull hair back into a pony.

5. Twist hair in the pony and wrap it into a bun.

6. Secure with bobby pins and spray with hairspray.