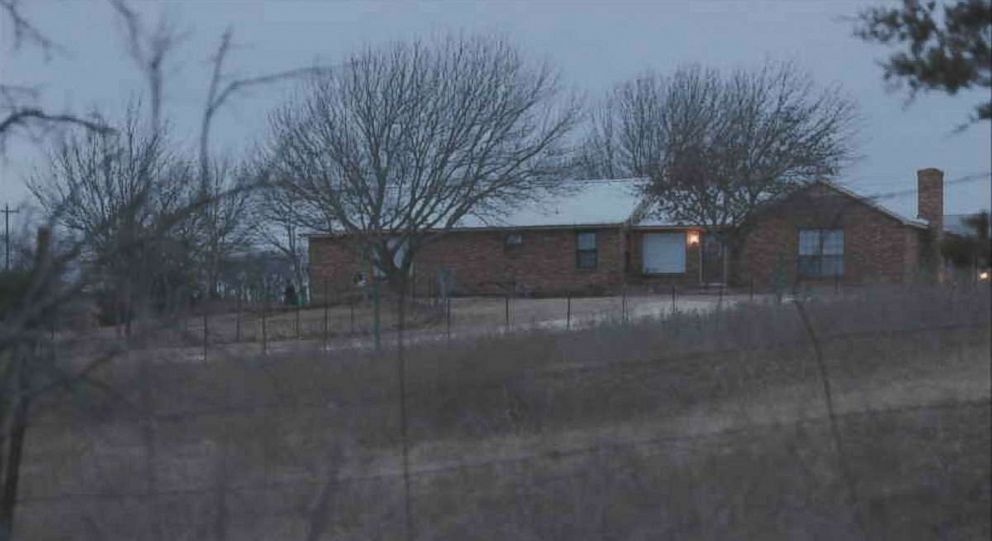 The man who purchased the home where David and Louise Turpin once lived with their several children in Rio Vista, Texas said the previous family ended up moving into a trailer behind the home years after "trashing" it.

Billy Baldwin and his mother bought the home in Rio Vista — about 40 miles south of Fort Worth — in April 2011 after a neighbor who worked with his father informed them that it was for sale, he told ABC News on Friday.

When Baldwin called a realtor to look into buying the property, which included 36 acres of land, it was in such bad shape that he was informed he'd have to sign a waiver before entering the structure that said he wouldn't sue them if he was injured inside, he said.

The Turpins moved to Rio Vista after their home in Fort Worth was foreclosed on, records show. The home in Rio Vista sits on land that has mineral rights, so the family was receiving "nice royalties" off of the gas well on the property while they lived there for more than 10 years, Baldwin said.

After Baldwin bought the home, one of the neighbors told him that the family "up and disappeared" after one of their daughters was seen walking up the street. She allegedly talked to neighbors, asking for a ride and inquiring on how to obtain a driver's license, Baldwin said.

"You don't just walk away from a place after you've been paying on it 10 or 12 years," Baldwin said, acknowledging the strange behavior.

While the Turpins were living in the home, one of the Baldwin family's cows got onto their property, and the Turpins "didn't even answer the door" when Baldwin's mother went to inform them, he said.

Baldwin had never met the family and had "no idea" what had happened in the home after he bought it, he said. he didn't notice anything strange inside, besides the filth, but he later found a Polaroid photo of one of the bedrooms, which shows a rope tied to the end of a bed rail, he said.

One photo that Baldwin took after he bought the property shows a drawing on one of the bedroom walls.

Inside the Texas home where the malnourished, shackled siblings lived over 18 years ago Captive siblings not so different from POWs, have a tight bond, hospital staff says Girl who escaped home ‘risked herself’ for her captive siblings, DA says 13 captive siblings forced to shower once a year, strangled, subject to frequent beatings: Prosecutor

Even though Baldwin, who owns several rental properties, said he is "used to working on houses," he described the condition of the home as "bad." The mortgage company had even spent two months cleaning it up to get it "halfway presentable" before they put it on the market, he said.

"It was just nasty," Baldwin said. There was "all kinds of stuff" all over the walls and carpet, the bathroom floor was "totally rotted out," the roof was leaking, and there were holes in the walls and ceilings, he said.

It took about three months and up to $35,000 to restore the home, which Baldwin uses as a rental property, he said.

The 2,300 square foot home with four bedrooms and two bathrooms was so trashed that the family bought a "brand new double-wide" and placed it several hundred yards behind the house in the backyard, Baldwin said. Although the trailer was gone by the time he purchased the property, an above-ground water line that led from the house to the trailer and an electrical meter were still visible, he said.

Hill County Sheriff Rodney Watson described Rio Vista as a tight-knit community where people "take care of each other" and know each other well.

"I never would have dreamed, you know, that somebody out in a lil’ country like this where everybody’s friendly would have something like that going on," he said.

The Turpins appear to have left Texas for California after moving from their Rio Vista home, moving to Murrieta and then Perris, where they were living when their 17-year-old daughter escaped last weekend and called 911.

Incident reports from Hill County detail an incident in which stray livestock escaped the Turpins' property in 2003 and another in which the Turpins' black-and-white border collie bit their then 4-year-old daughter in the face in 2001.

If the responding officers in both incidents had any indication that something was wrong with the children, they would have alerted child protective services, Watson said, adding that he knows several people in Hill County who homeschool their children and "do an excellent job at it."

The Turpin children — who are ages 2 to 29 — were subjected to repeated beatings, including strangulation, and were only allowed to shower once a year, Riverside County District Attorney Mike Hestrin said a press conference on Thursday. The abuse allegedly intensified when they moved from Texas to California, with the siblings telling authorities that their parents started tying them up many years ago, first with ropes and eventually with chains and padlocks, Hestrin said.

All of the siblings, except for the 2-year-old, are severely malnourished, Hestrin said. They are all being treated at local hospitals.

David and Louise Turpin were arrested on charges of torture and child endangerment. During their arraignment on Thursday, they both pleaded not guilty and are being held on $12 million bonds each.