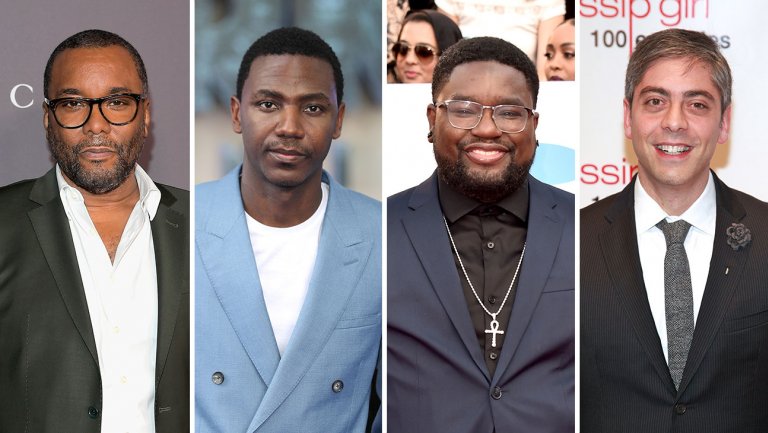 The pickups all hail from 20th Century Fox Television as the network looks to continue ownership of its programming — at least until the studio is sold to Disney.

Fox threw its hat into the pilot season ring late Friday, handing out orders to a Lee Daniels comedy, music drama from Josh Safran and a half-hour based on actor-comedian Lil Rel's life that reunites him with his Carmichael Show star and producer Jerrod Carmichael.

From Empire and Star producer Daniels, Our People is based on the Israeli format Nevsu: A Young Multi-Cultural Couple and revolves around "a man from a bombastic African family who doesn't have a word in their native language for 'privacy' and his fiancée from a Midwestern family who try to build a normal life together. Though nobody can agree what that 'normal' means.' Vali Chandrasekaran (Modern Familiy, 30 Rock) will pen the script and exec produce the single-camera comedy alongside Daniels, Pam Williams, Marc Velez, Yossi Vassa, Shai Ben-Atar and Liat Shavit. Our People marks the first comedy pilot for Daniels and expands the producer's relationship with Fox beyond dramas Empire and Star. The comedy hails from Endemol Shine, who produced the original format, 20th Century Fox Television and studio-based Lee Daniels Entertainment.

Rel, which stems from Carmichael's recent overall deal with 20th Century Fox Television, is a multicamera comedy that reunites the Carmichael Show star and exec producer with Lil Rel Howery. The latter stars in the comedy inspired by his life about a "prideful, self-made success who lives by the code to 'always believe in yourself and great things will come,' who finds that attitude put to the test when he learns his wife is having an affair with his own barber. He tries to rebuild his life post-divorce as a long-distance single father on the South Side of Chicago who is on a quest for love, respect and a new barber." Howery will pen the script alongside The Carmichael Show duo Kevin Barnett and Josh Rabinowitz. Mike Scully (The Carmichael) will serve as showrunner on the comedy that also counts Carmichael as an EP.

Mixtape landed at Fox in October. The romantic musical drama hails from independent studio Annapurna Television and marks the company's first broadcast pilot pickup. Former HBO entertainment president Sue Naegle runs the television division of Megan Ellison's Annapurna. The company also has the Coen brothers' The Ballad of Buster Scruggs at Netflix and Julia Roberts-starrer Today Will Be Different set up at HBO, among other projects. 20th Century Fox Television has also boarded Mixtape as a co-production. Safran penned the script and exec produces alongside Naegle. Mixtape is described as a romantic musical drama that looks at a disparate group of interconnected people in contemporary Los Angeles through the lens of the music that defines who they are.

For his part, Safran stepped down as showrunner on ABC's Quantico to focus on development. Mixtape is one of multiple scripts he has in contention, with a legal drama at CBS and a ghost drama at AMC also in the works.

Mixtape becomes the latest musical drama to land at Fox, which has found success with Lee Daniels' hip-hop dramas Empire and Star, and famously had global phenomenon Glee.

The pilot orders follow the network's recent history of greenlighting comedies and dramas produced in-house at 20th Century Fox Television. That the network would continue to do so comes as a bit of a surprise given that the studio is among the assets that Rupert Murdoch is selling to Disney in a $52 billion deal. Should that clear regulatory approvals, it would split the network from the studio and mean Fox would not have an ownership stake in any of the pilots it picked up Friday.

The trio of pilot orders join previously announced comedy Cool Kids, starring Vicki Lawrence and from Charlie Day, Rob McElhenney and Glenn Howerton; and drama The Passage, the Mark-Paul Gosselaar drama based on Justin Cronin's book trilogy that was rolled from last season.

ABC also joined the pilot fray Friday, adding an untitled single-camera comedy from Tim Doyle (Last Man Standing). The ABC Studios comedy is set in the 1970s and revolves around an Irish-Catholic family with a working-class dad, traditional mom and eight boisterous sons as they navigate changes big and small during one of America’s most turbulent decades. The pilot order expands Doyle's relationship with ABC, where he currently serves as an EP on Speechless. The order arrives a year after ABC canceled Tim Allen vehicle Last Man Standing, with the pickup Friday seeming to indicate the network's continued desire to focus on underrepresented communities in its programming.