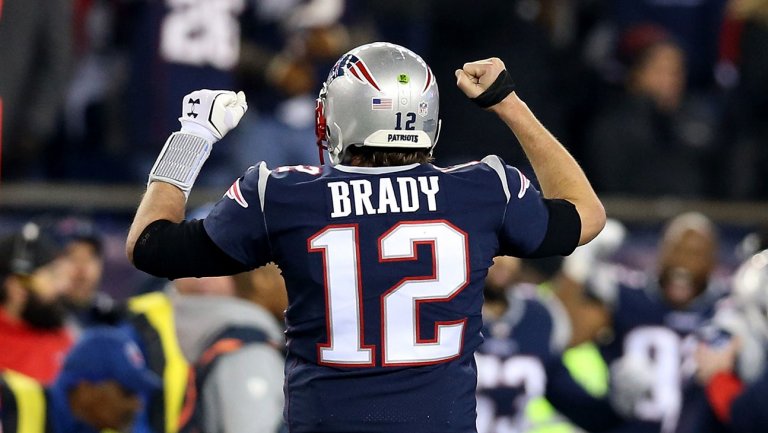 The early game dominates, steady with 2017, while the lopsided NFC game sees some year-to-year fatigue.

Sunday brought the biggest TV audiences since the 2017 Super Bowl — with the AFC and NFC Championship games driving massive numbers to CBS and Fox, respectively.

It was the early window that proved the most fruitful for viewers. Tom Brady and the New England Patriots managed a second-half AFC comeback to overtake the Jacksonville Jaguars and earn yet another ticket to the Super Bowl. The game won the day with its 27.3 overnight rating among Nielsen's metered market households, virtually even with the early window game from last January.

The second game proved to be a far less exciting match-up. The Philadelphia Eagles took a decisive lead in the first half and only solidified their advantage in the second, besting the Minnesota Vikings an embarrassing 38-7. It's little surprise, then, that the game lost some ratings steam from the comparable evening play from last year. It earned an estimated 24.7 rating among households, down 10 percent from 2017, though it still offered a hearty lead-in for Fox freshman drama The Resident.

NBC may not have had either of Sunday's games, but it did have some skin in the game — and a New England-Philadelphia Super Bowl is likely the best outcome for its coverage of the Feb. 4 event. The two markets are significantly larger than those of the teams they beat to get in there.

As for The Resident, the Fox drama got a solid sampling once the Eagles formalized their NFC victory. The drama dominated all of the admittedly scant non-NFL programs in overnight returns. Early Fast Affiliate ratings, which don't yet account for time zone adjustments, give the premiere episode 8.8 million viewers and a 2.7 rating among adults 18-49. The Resident continues its Fox premiere Monday night.
More to come, including complete viewership stats for both games.

IcetruckJanuary 22, 2018
Like story:
tweet
Megyn Kelly Lambasts Jane Fonda: Her “Name Is Synonymous With Outrage”
Viceland to Go Off the Air on Canada’s Rogers Communications