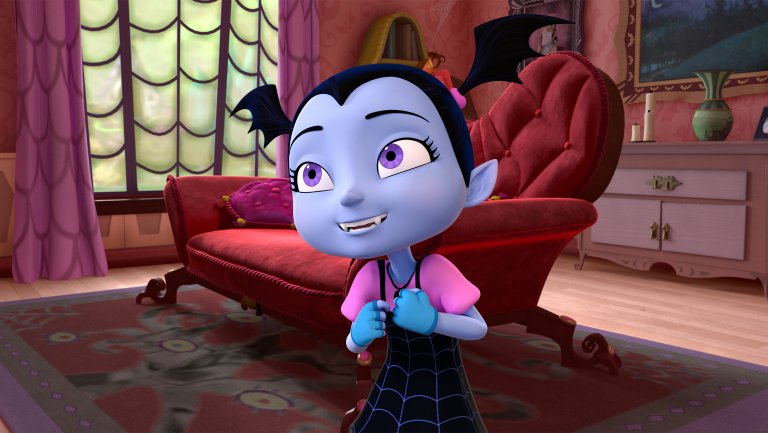 The show, about a family of friendly vampires who have recently relocated from Transylvania to Pennsylvania, stars Lauren Graham, James Van Der Beek and Isabella Crovetti.

Disney Junior has renewed Vampirina for a second season.

The show, about a family of friendly vampires who have recently relocated from Transylvania to Pennsylvania, stars Lauren Graham, James Van Der Beek and Isabella Crovetti.

The music-filled show follows Vampirina (aka "Vee") as she faces the joys and trials of being the new kid in town, including making friends and attending a new school in the human world.

"Vampirina's relatable experience of a young girl trying to adapt and blend in with her new schoolmates, while also celebrating her own uniqueness, has resonated with our audience of young kids and families," said Joe D'Ambrosia, senior vp original programming at Disney Junior. "We look forward to sharing more stories about the lovable young Vee, her new friends and her fantastical world of dancing gargoyles, playful ghosts and cuddly werewolves."

The series, which premiered Oct. 1 on Disney Channel and Disney Junior, ranked as the preschool-targeted platform's highest-rated new series premiere in close to one year in kids 2-5, kids 2-8 and adults 18-49 (since the January 2017 premiere of Mickey and the Roadster Racers). Globally, the series ranks No. 1 among key young kid demos in the U.K. and Italy. The series is available in 115 countries and 15 languages.

Vampirina airs daily on Disney Channel and Disney Junior, and is also available on the DisneyNOW app.

IcetruckJanuary 22, 2018
Like story:
tweet
Heat-not-burn cigarette alternative faces US scrutiny
Everything You Need to Know When Moving Abroad Alone