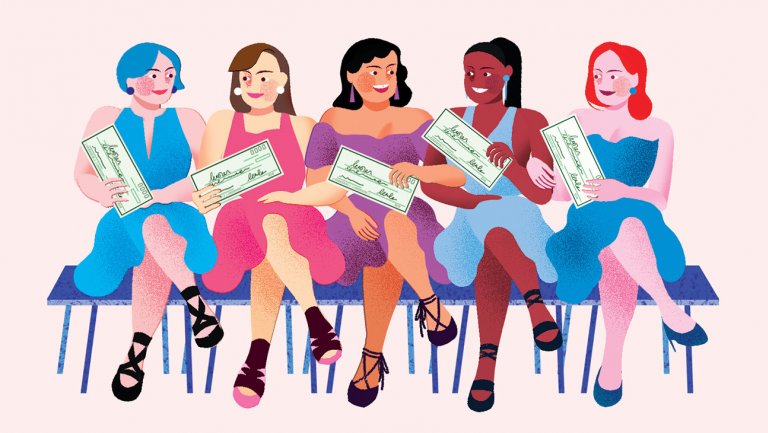 A sharable Google doc was passed around town Tuesday in which writers and assistants shared their wages amid a renewed quest for equal pay.

Days after Ellen Pompeo opened up about her $20 million-plus earnings in a Hollywood Reporter cover story in which the Grey's Anatomy star revealed a years-long struggle to earn the same as former lead Patrick Dempsey, TV writers are looking for a way in which they, too, can achieve salary parity.

On Tuesday, a Google document asking those writers along with assistants to share their salaries in a bid to "achieve parity" was passed around the industry. The survey, which does not offer any clues as to who created it, has already had multiple staff writers and assistants contribute their wages — all anonymously. Writers are asked for their gender and if they are a person of color as well as to provide the network and studio they work for on top of their per-episode quotes.

Among the day-one contributions to the doc: a female person of color working as a co-producer on a CW show produced by CBS Television Studios said she earns $10,000 per episode, while a white woman working on a CW show also produced by CBS Television Studios — in its first season — wrote that she is earning $14,000 per episode (of a 13-episode show). Another woman and person of color working on a Freeform Marvel show said she was getting $15,000 an episode.

The TV writers pay survey comes as the Time's Up initiative continues to gather steam, emboldening women to speak up about subjects, like money, that were once considered taboo. Among the recent examples is that of Mark Wahlberg and his All the Money in the World co-star Michelle Williams, whose reshoot earnings disparity led to an uproar when it was first reported by USA Today, and later tweeted about by actresses including Jessica Chastain. That incident came just days after the Golden Globes, where pay equity had become a red carpet rallying cry.

"For women in Hollywood, the system was created to isolate them from each other and to pit them against one another. Women are taking back the power by sharing the information in a way that has never been done before," Women in Film founder Melissa Silverstein told THR earlier this month. Silverstein is one of many who shared the TV writer Google doc on Tuesday.