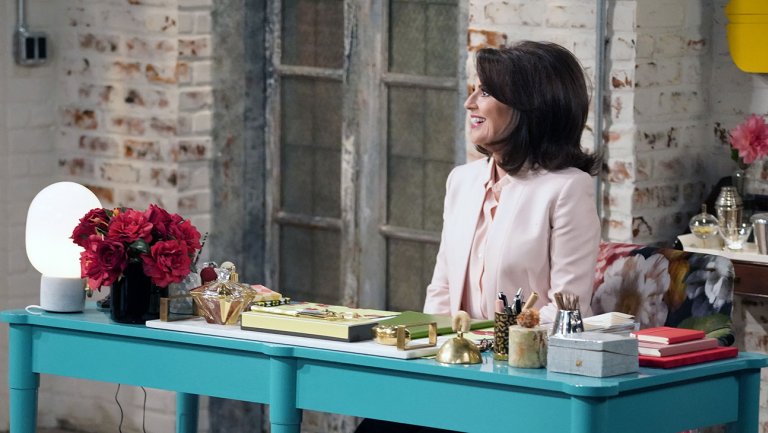 The actress on Thursday nabbed her eighth supporting nomination for playing Karen Walker on the NBC sitcom.

Will & Grace nabbed five 2018 Emmy nominations for its revival season, including best supporting actress for Megan Mullally, who plays standout Karen Walker on the NBC sitcom. And despite having eight nominations and two wins to her name, Mullally was surprised by the Thursday morning honor.

"I really wasn’t expecting anything this year, just because there are 500 scripted shows on television," the actress tells The Hollywood Reporter. "It’s not like back in the day. The first time we did this show, there was network television and HBO and that was about it, so the field was a little narrower."

During its original eight-season run, the hit NBC comedy averaged 10 nominations per year. The Emmy darling earned consecutive noms when it competed from 1999 through 2006 and the only two years the sitcom didn't nab a best comedy series nomination were its first and last years of Emmy competition, in 1999 and 2006. Of its total 16 Emmy wins, Will & Grace won the top award for best comedy in 2000.

Another curveball was that Mullally's co-stars Eric McCormack and Debra Messing, along with supporting actor Sean Hayes, were also snubbed. "I was very surprised. Obviously, I feel everyone should be nominated. It’s weird. But that does happen. There’s no rhyme or reason — who knows?," she adds.

Indeed, Will & Grace competed during a different era in its original run. Which is why the show's return amid Peak TV is nothing short of a "miracle," according to Mullally.

"It’s thrilling that the show came back. It’s insane," she says of Will and Grace returning, and then getting renewed through season 11, with the show set to return in the fall. "Traditionally, that is not supposed to happen. Everyone is really appreciative. Last year, we had a lot of fun and I was very excited that the writers wrote a couple of really great episodes for Karen. Everyone always says that they love each other, but at this point, we all actually do love each other because it’s been 20 years."

The revival season ended with Karen breaking off an affair with her lover, played by guest star Alec Baldwin, and choosing to make her marriage to Stanley Walker (who has never appeared on the show) a priority. Mullally reveals, however, that when the show returns, Karen will be changing her relationship status to single.

"Stanley is divorcing her — it's not Karen's choice," she says, teasing what's to come. "Can you imagine? You think it’s bad now? Wait until she gets divorced, all hell breaks loose."

The pending divorce gives Baldwin the opportunity to reprise his guest-starring role as her lover, Malcolm Widmark. The pair ended last season with a memorable no-contact sex scene, a sequence that co-creator Max Mutchnick called "some of the funniest" of the entire series.

"Alec is returning," says Mullally of her scene partner, who also picked up an Emmy nomination on Thursday for his role impersonating President Donald Trump on NBC's Saturday Night Live. (Karen's other scene partner, Molly Shannon, nabbed the one guest star nomination for Will & Grace.) "I don’t know if that’s going to be a permanent deal, but Alec is at least coming back for a minute. I do happen to know that because we’re shooting that episode this week."

And while Mullally wishes for a world where Karen and Malcolm could run off together, their upcoming sequence is only a couple of episodes. "Karen Walker and Malcolm Widmark are a great TV couple together — I also really, really love working with Alec. He’s a total pro and he’s the fucking funniest person. He’s only here for two days. So we rehearse one day and then we shoot it the next day," the actress says.

As for Mullally, she hopes to keep playing Karen Walker for another 20-plus years. "I’ve always been really open about that," she says. "I want to run the show into the ground, to the point where when the show comes on, people are throwing things at the television. That’s how long I want to do it."