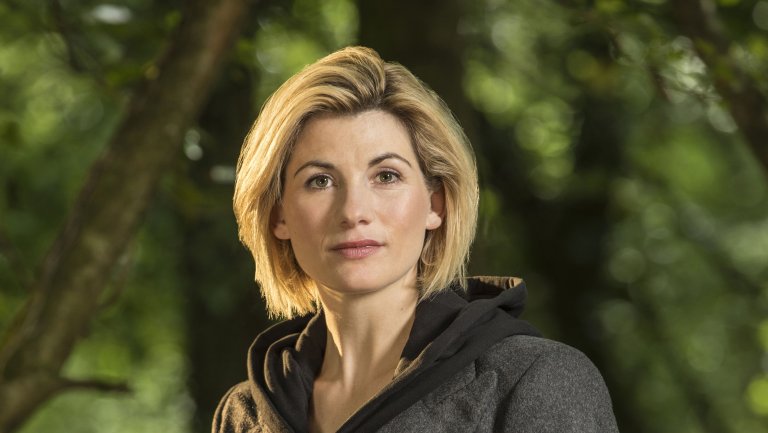 Incoming time lord Jodie Whittaker was seen with her new trio of friends in the 50-second teaser.

Doctor Who fans across the world on Sunday got their first glimpse of the Time Lord’s new companions in a specially filmed preview of the new series, due to air this fall on BBC America.

The 50-second teaser debuted during halftime of the World Cup final between France and Croatia, which aired in the U.K. on BBC One.

Last summer, the BBC used another major sporting event, Wimbledon, to announce the first-ever woman to play the lead role on Doctor Who’, Jodie Whittaker. The actress was already familiar to U.K. audiences for her role on ITV’s Broadchurch (coincidentally written by new Doctor Who showrunner Chris Chibnall).

Whovians, as fans love to call themselves, were treated to seeing the new Doctor’s new “friends” (a term the new production team seem to be favoring over the more well-established “companions”) in action during the World Cup preview.

Seemingly now adopting Flash-like superpowers, the Doctor (Whittaker) swooshed in and around Bradley Walsh (Law & Order U.K.), Tosin Cole (Star Wars: The Force Awakens) and Mandip Gill as new characters Graham, Ryan and Yasmin, respectively. With no dialogue present, Whittaker’s Time Lord stole a sausage from Ryan’s breakfast, swapped Graham’s newspaper for The Beano (a children’s comic and another U.K. institution) and replaced a missing pizza for Yasmin — all oblivious to the Doctor's presence and actions. The brief preview ended with Whittaker smiling to camera.

Sadly, for Whovians, there was no first look at the Doctor’s iconic time-traveling ship, the TARDIS, which is also expected to undergo a regeneration with its leading lady.

For more footage from the forthcoming series itself, all eyes now turn to San Diego Comic Con, where a special Doctor Who panel, featuring Whittaker and Chibnall, is set to take place later this week.

Season 11 of Doctor Who will open with a feature-length episode, followed by nine 50-minute instalments, in the fall on BBC America. Chris Chibnall (Broadchurch) is head writer and executive producer, while Matt Strevens (Tin Star) and Sam Hoyle (Broadchurch) are exec producers for BBC Studios and Ben Irving (Paddington, Paddington 2) is exec producer for BBC One. BBC Studios is the international distributor.

Doctor Who is a BBC Studios production for BBC One and a BBC America co-production.

IcetruckJuly 15, 2018
Like story:
tweet
Passengers hospitalized after flight plummets almost 30,000 feet
This Week in TV: A Guide to New and Returning Series