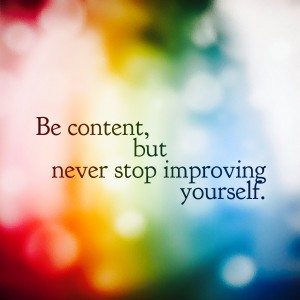 Self-perception is a tricky ship. Too much positivity can mask underlying issues, while too much negativity can crater your self-confidence and make you feel like you’re not worthy of success. When making judgments of your own work or accomplishments, it’s important to do so objectively and fairly.

A healthy dose of self criticism is important for personal development, however, since it allows you to grow in ways you may not have thought of before. Most people are too scared of criticism – either self criticism or otherwise – but if you can stand up to the heat, you’ll gain a variety of benefits that will make you a stronger person in the process.

Here’s why self-criticism can make you stronger:

1. It Makes You a Better Listener.

People who are always critical of themselves (within reason) generally are better listeners, since they’re always on the lookout for feedback as to how they’re doing. They invite other people to examine them, ask questions, and build on the feedback that they have received. In turn, this makes them better leaders, since they’re open to accepting criticism from people that they work over.

2. It Lets You Constantly Improve.

We all have areas that we can improve upon, but most of us never find them because we tend to avoid criticism. Allowing yourself to be open to what other people see inside of you can help you get better in ways you may not be aware of directly, such as in your casual conversations or in the way you carry yourself. People will begin to perceive you as someone who is easy to talk to and open to suggestions, which will make them more willing to help you.

3. It Keeps Your Ego in Check.

Nothing helps keep pride at a reasonable level like a healthy dose of criticism. People who embrace suggestions and critiques on their life and work are generally aware of the fact that they have areas they need to improve on anyway, so they don’t overly exalt themselves to a position that they can never be pushed from. They’re constantly evolving and constantly growing because they realize there’s always someone better than them out there.

4. It Helps You Be Adventurous.

People who invite criticism into their lives already live in worlds of uncertainty. Everything about their life is more or less a risk, so what do they have to lose if they go after something more daring and fail? They already accept that they probably won’t be the best right out of the gate, but they try anyways because they realize that growth is a process. People who avoid criticism tend not to do that; they have their own lives and areas of expertise, and they see no reason to step outside of that.

5. It Helps You Enjoy the Process.

If you’re goal-oriented, it can be easy to look at life as a pass-fail proposition: you either succeed or you don’t and there’s very little (if any) room in between. People who are critical of their lives realize that there are a lot of gray areas – some things are better, while some things aren’t, so they learn to enjoy the process of growing more than simply attaining a prize.

6. It Helps You Stay Inspired.

The people who succeed are the ones who are able to look back on their life and be inspired by the progress that they’ve made. The ability to constantly grow and constantly improve your situation comes only after a realistic understanding of who you are and where you’ve been, which should be inspiring to you as you reflect. Change is a part of life, and the sooner we embrace that the sooner we begin to inspire ourselves by what we’ve done. As Steve Jobs famously said in his 2005 Commencement address at Stanford: “Stay hungry. Stay foolish.” Are you willing to be foolish?

7. It Keeps Hateful People at Bay.

Negative people are everywhere, and all of us will experience a dose of hatefulness by people at various points in our life. But whether what they’re pointing out is true or not, being critical of your own life allows you to more fully see where they’re right, and more importantly, where they’re wrong. Hate won’t affect you as much as long as you’re already aware of the fact that you need to improve, and being objective about your own weaknesses will help you sift through the criticism of others.

It’s tempting to simply believe the best about yourself and avoid any kind of criticism whatsoever, but keep in mind that the strongest people choose to admit their faults honestly and openly, allowing themselves to grow in the process.

Those that don’t never last long. After all, if they’re perfect already, what else is there to do?

The post How Healthy Self Criticism Can Make You Strong appeared first on Power of Positivity: Positive Thinking & Attitude.