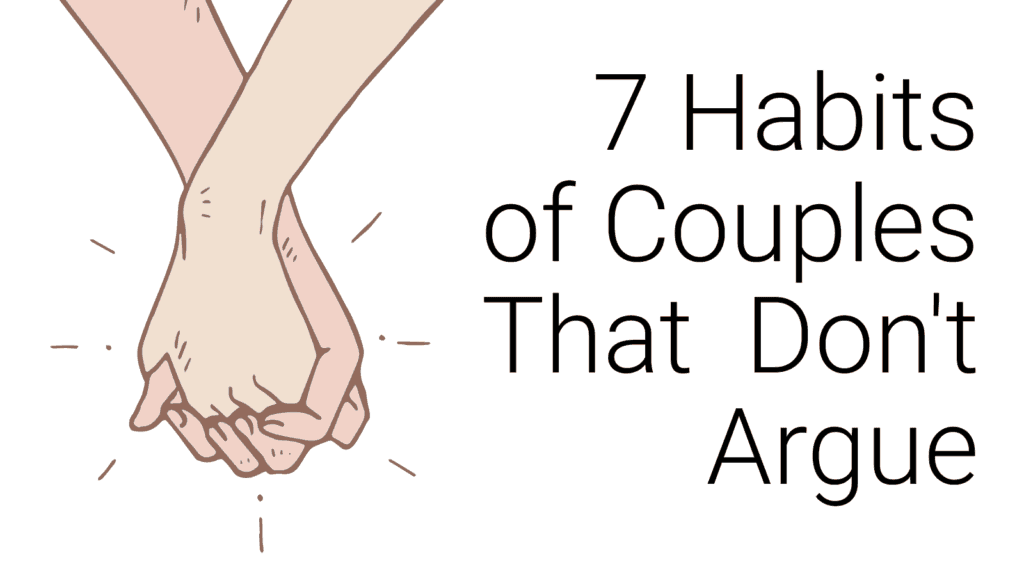 No one likes to argue. Ideally, couples want to get along and live peacefully together without any disagreements. Sadly, this just isn’t how life works. No matter how much you love your partner, at some point, you’re going to have an argument.

Many people consider fighting among partners to be a horrible occurrence that indicates an unhealthy relationship. But did you know that arguing is not necessarily a bad thing? In fact, it can actually be a pretty healthy, positive part of a good partnership – if done the right way. Let’s look at the scientists’ explanation of how this works.

1. Experts Believe That Couples Who Argue A Lot Love Each Other More

Arguments are an indication that both parties are not afraid to show their sense of individuality. They are willing to discuss and showcase their varying opinions and perspectives in an independent manner, meaning there is more communication happening between them.

Experts everywhere are in agreement that fighting is essential in a positive relationship. One such expert is Dr. Stephanie Sarkis, a Licensed Mental Health Counselor, a National Certified Counselor, and an author. She states that, in her experience, if a couple tells her that they never fight, something is usually wrong beneath the surface. (1)

On top of that, surveys have indicated that 44% of all married people believe that fighting leads to more productive and open, healthy partnerships, even when it happens more than once weekly. Meanwhile, surveys also show that partners who fight or argue often – in an effective way – have a 10 times higher chance of being in a happy and healthy romance. (2)

But does that mean you can scream at the top of your lungs and have a shouting match with your partner every other day? No. The secret here lies in fighting the right way. (Though it is also worth noting that studies show even “bad” types of fighting can lead to more positive relationships where both parties are more satisfied!) (3)

2. Arguing vs Fighting (The Wrong vs Right Way To Fight)

Although the words “fight” and “argue” are often used as synonyms, there is a fair amount of difference between them. There are, of course, similarities between them: they both involve disagreements and often involve anger and frustration. But here’s where those similarities end. In a fight, you generally:

On the other hand, in an argument, you tend to:

When laid out this way, it’s clear to see why arguing is the much more positive option compared to fighting. Fighting doesn’t solve anything and can only prolong the issue. As such, the clear “right” way to solve a disagreement is by arguing, not fighting.

Even after all of this, it still may be hard to believe that arguing can ever show signs of a strong and tough relationship. But it’s true – and science supports this. Here are some of the reasons why arguing can indicate a stronger, more loving relationship.

A lot of people bottle up relationship problems, but doing so doesn’t make them go away; it only causes resentment to build and build until it explodes in a giant shouting match over something that happened six months ago. Not great!

Couples who argue often are more likely to have open lines of communication. If they don’t like something, they don’t just suck it up with positive thinking – they talk about it. If the discussion escalates into a more heated debate, then so be it! At least it’s all out there.

Communication is one of the most important aspects of a relationship, and arguing is a very honest form of communication. As such, it’s not far-fetched to assume that couples who fight more have better communication if they argue productively. (4)

As aforementioned, bottling up emotions instead of hashing them out causes resentment. Resentment can be a very toxic and damaging thing in a relationship. When you fight regularly, you don’t have the chance to harbor resentment because it all comes out in the open quickly.

Why would you waste your time arguing if you don’t want to go forward together? Couples who argue more and stick together through it all are willing to work through their problems in order to survive.

Someone who never wants to argue isn’t interested in working out problems. They consider it a hassle. They would rather deal with dysfunction within the relationship instead of a mildly unpleasant but constructive discussion.

No arguments mean no caring. When you argue, it’s because you care about something enough to want it fixed. If you don’t want to talk about a genuine problem, that means you don’t care enough about it or, by extension, the relationship.

Fighting together can also be a sign that you’re willing to fight for a relationship. Couples who fight together are willing to confront problems instead of avoiding them. You’re willing to do what it takes to stay together. What more could you need?

Some couples avoid arguments because they don’t want to deal with confrontation. Others prefer to give the cold shoulder or drop hints. Some aren’t in touch with their emotions enough to know what is bothering them.

All these issues are signs of immaturity. A couple that isn’t afraid to hash it out is mature enough to know when something is not right. It also means they have clear values that they stand by.

When you fight, you learn more about the other person. You’ll discover what their opinions and thoughts are. You’ll find out what makes them angry, what hurts them, and how they respond to those scenarios. As such, it can actually bring two people closer together!

Win-win situations are great, but that isn’t always possible in a disagreement. Instead, you get to question your own values, and your partner does too.

Both of you are called out on problematic behaviors and can more easily identify areas for self-improvement. In the process, you learn to find compromises that work for both of you in a balanced way.

When you argue intensely, hormone levels skyrocket. That’s why couples can view some arguments as proof of their passion to each other. It can also prevent things from getting monotonous and boring. Some couples even enjoy intimacy after an argument, so everyone wins!

4. How To Argue The Right Way

So, now you know for sure that arguments can be good for a relationship. Remember, though, that they have to be done in the right way. You cannot just fight whatever way you want to. Couples who fight need to do so productively. How? Here are some tips to healthy arguing.

Is there an issue arising? Don’t wait for a month before you bring it up. You’ll want to talk about what is bothering you while it is still fresh in both of your minds. If you’re angry about something now, deal with it ASAP.

At the same time, you shouldn’t demand to talk about it immediately if the conditions aren’t right. If you have people over, if you’re currently apart, if the kids are around, or if you’re both swamped with work, you may need to take a rain check. Just don’t wait too long!

If you really need to, schedule an argument. Yes, really! Tell your partner you need to talk about a certain issue and set aside half an hour to an hour of time where you can both deal with it.

b) Do It In Person

It’s not advisable to attempt an argument through texting or over emails. Why? Without additional nonverbal cues, like body language, tone of voice, and expressions, it can be very difficult not to misconstrue something someone is saying, especially if emotions are running high.

The written voice is very different from the spoken voice. Live apart from each other and can’t visit in person for a while? Talk over a video call. Able to do it in person? Turn off all devices and ignore them till you’re done.

It’s not a fair argument if someone gets to do all the talking. Make sure you’re giving each other and chance to express themselves by taking turns. When one person speaks, the other should be all ears, not focusing on trying to think of rebuttals.

If you need to, enforce a no-interruptions rule, and even use a timer! Set a timer on your phone to between 10 and 15 minutes, and use that amount of time to speak in a positive way. (5)

d) Stick To The Topic

Once you’ve presented the issue at hand, don’t stray from it. Don’t bring up something that happened last week, or last month, or last year – or even last hour! Stick only to relevant points, and don’t try to support them with non-relevant issues.

The goal of a relationship argument is to find the root of the problem and tackle it. Sometimes, that root is you. Don’t get defensive. Be open to the idea that you may be the problem here.

f) Be Aware Of What You’re Saying

Take heed of your tone, your words, and your body language when you argue. Don’t use blaming or derogatory language. Instead, be respectful. Imagine you’re talking to a boss who you don’t want to fire you, tone the professionalism down, and go from there.

Couples who fight should use “I” statements when arguing for the best results. This will help you sound more positive and mindful. So say things like:

g) Know When To Take A Break

Emotions running high? Both people getting frustrated? Trying very hard but getting nowhere? Take a break. Tell your partner that you need some breathing room and agree to come back to face the issue again a short while later.

Fights are part and parcel of relationships, and they are not an indication of an unhealthy partnership at all. At the end of the day, it’s important to remember that arguments aren’t about you versus your partner – it’s about both of you versus the problem at hand. You are a team, and together, you can defeat whatever issues you face!

The post Scientists Explain How Couples Who Argue Often Love Each Other More appeared first on Power of Positivity: Positive Thinking & Attitude.

IcetruckJune 20, 2019
Like story:
tweet
10 Arguments That Signal The End of A Relationship
5 Promises to Make Yourself Before You Go To Bed Tonight