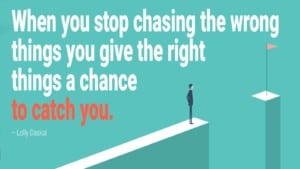 Generations of successful people have provided us volumes of the best success quotes. When striving for greatness ourselves, sometimes we need some additional encouragement. Success quotes can provide that encouragement. advice, and sense of direction that we each need from time to time.

51 Best Success Quotes to Get You Pumped Up

2. “Take one thing up and do it, and see the end of it, and before you have seen the end, do not give it up.” –Swami Vivekananda.

3. “In nothing, great or small, large or petty – never give in except to convictions of honor and good sense.”–Winston Churchill.

4.“You must expect great things of yourself before you can do them.” –Michael Jordan.

5. “Education is the most powerful weapon we can use to change the world.” –Nelson Mandela.

6. “The difference between impossible and possible is a willing heart.” –Lolly Daskal.

7. “The starting point of all achievement is desire.” –Napolean Hill.

8. “If you genuinely want something, don’t wait for it–teach yourself to be impatient.” –Gurbaksh Chahal.

9. “If you summon the courage to go after your dream, life will provide the answers.” –Les Brown.

Success Quotes About Not Accepting Defeat

12. “The difference between winning and losing is most often not quitting.” –Walt Disney.

13. “Even if we don’t succeed, the mere attempt to turn our minus into a plus will cause us to look forward instead of backward.” –Dale Carnegie.

14. “The will to win. We hear a lot about that. The will and the wish to win, but there isn’t a chance for either one of them to be gratified or to have any value unless there has been a will to prepare to win.” –Fielding H. Yost.

15. “We have seen that the world’s philosophers – the Sayers of the Word – were optimists; so also are the men of action and achievement – the Doers of the Word.” –Helen Keller.

16. “The biggest risk is not taking any risk… In a world that’s changing really quickly, the only strategy that is guaranteed to fail is not taking risks.” –Mark Zuckerberg.

17. “Attention and activity lead to mistakes as well as to successes; but a life spent in making mistakes is not only more honorable but more useful than a life spent doing nothing.” –George Bernard Shaw.

18. “Don’t keep forever on the public road, going only where others have gone and following one after the other like a flock of sheep. Leave the beaten track occasionally and dive into the woods.” –Alexander Graham Bell.

20. “The only way to do great work is to love what you do. If you haven’t found it yet, keep looking. Don’t settle.” –Steve Jobs.

22. “Our greatest glory is, not in never falling, but in rising every time we fall.” –Oliver Goldsmith.

24. “A purpose is the eternal condition of success. Nothing will take its place.” –Theodore Thornton Munger.

25. “The mind is the limit. As long as the mind can envision the fact that you can do something, you can do it, as long as you really believe it.” –Arnold Schwarzenegger.

26. “We generate fears while we sit; we overcome them by action.” –Henry C. Link.

Success Quotes to Motivate You

29. “Difficulties break some men but make others. No axe is sharp enough to cut the coul of a sinner who keeps on trying, one armed with hope that he will rise even in the end.” –Nelson Mandela.

30. “Today I will do what others won’t, so tomorrow I can accomplish what others can’t”. –Jerry Rice.

31. “There is no traffic jam on the extra mile.” –Roger Staubach.

32. “Efforts and courage are not enough without purpose and direction.” –John F. Kennedy.

34. “Your voice can change the world.” –Barrack Obama.

35. “You must do the things you think you cannot do.” –Eleanor Roosevelt.

36. “It is our choices that show what we truly are, far more than our abilities.” –J.K. Rowling.

Success Quotes to Give You a Sense of Direction

37. “You’re going to be deciding as the days and years unfold what you will do in life, what your life’s work will be. Once you discover what it will be, set out to do it and do it well.” –Martin Luther King Jr.

38. “Rather than reason from analogy, boil things down to the most basic fundamental truths and reason up from there.” –Elon Musk.

40. “And here is the prime condition of success, the great secret: concentrate your energy, thought, and capital exclusively upon the business in which you are engaged.” –Andrew Carnegie, “The Road To Business Success: A Talk To Young Men”.

41. “To be a star, you must shine your own light, follow your own path, and don’t worry about darkness, for that is when the stars shine brightest.” -Napoleon Hill.

43. “Faithless is he that says farewell when the road darkens.” –J.R.R. Tolkien.

47. “A good player never stops until he’s actually out, running as hard for first base on the almost-certain-to-be-caught fly or grounder as he would if he were sprinting the 100-yard dash. […] You just can’t beat the person who never gives up.” –Babe Ruth.

48. “One who fears the future, who fears failure, limits his activities. Failure is only the opportunity more intelligently to begin again.” –Henry Ford.

Quotes About Courage to Be Your Own Person

49. “Life shrinks or expands according to one’s courage.” –Anais Nin.

50. “There’s nothing enlightened about shrinking so that other people won’t feel insecure around you.” –Marianne Williamson.

51. “He who is not courageous enough to take risks will accomplish nothing in life.” –Muhammad Ali.

These success quotes highlight these prerequisites to success itself. We can apply the advice and add to the volume of best success quotes as we become successful.

IcetruckJuly 16, 2019
Like story:
tweet
Go Go Broken Gadget: Should I Repair or Upgrade My Broken Phone?
Getting a Payday Loan: What to Know and Some Different Options