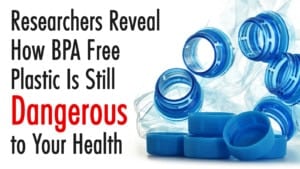 The plastic crisis we currently face affects everyone on the planet. No one has immunity from the harmful effects of plastic pollution, and unless we do something drastic, our planet and its inhabitants will continue to suffer. While some countries such as Costa Rica have banned single-use plastics, the world has a long way to go before it solves the plastic epidemic.

Some cities, such as Seattle, Washington, have banned single-use straws, and zero-waste grocery stores have begun to pop up across the world. These efforts are commendable, of course, but the rest of the world needs to catch up and follow suit so that we can have a sustainable planet now and in the future.

Here are some startling statistics from Green Peace about just how pervasive the plastic problem has become:

As you can see, we have reached dire times when it comes to the manufacturing and recycling of plastic. Unfortunately, most plastic doesn’t even get recycled, so the only solution seems to be changing the materials we use in our daily products. Or, we could just buy and produce less in general (someone had to say it).

For now, though, scientists have found another viable solution to the problem – a worm that can literally eat its way through our plastic. Called a waxworm but actually a member of the caterpillar family, this tiny creature could possibly help save our planet. This amazing discovery was made accidentally, as most life-changing findings are.

Professor and beekeeper Federica Bertocchini placed some of these worms in a plastic bag. They later found tiny holes in the bag. Along with scientists Paolo Bombelli and Christopher J. Howe, Bertocchini decided to conduct further research using 100 of the worms.

They placed the worms in various shopping bags and noticed holes after about 40 minutes. After 12 hours, they found that the plastic had decreased by 92mg. So that they could ascertain whether the worms had an actual effect on the plastic, the scientists crushed a couple of worms and put them on the bags. They found holes in them once again; this proved that something in the chemical makeup of the worms had actually eaten through the plastic.

Scientists believe that these plastic-eating worms have a certain enzyme that helps them digest plastic. Hopefully, they will do more studies about this enzyme, and soon! Perhaps scientists can begin to release the worms into areas with heavy plastic pollution to help clean up the Earth.

The post Scientists Discover Plastic-Eating Worms That Could Save The Planet appeared first on Power of Positivity: Positive Thinking & Attitude.

IcetruckJuly 23, 2019
Like story:
tweet
Tysen Knight: Creating Art in California While Giving Back!
How to Pick the Best E-liquid