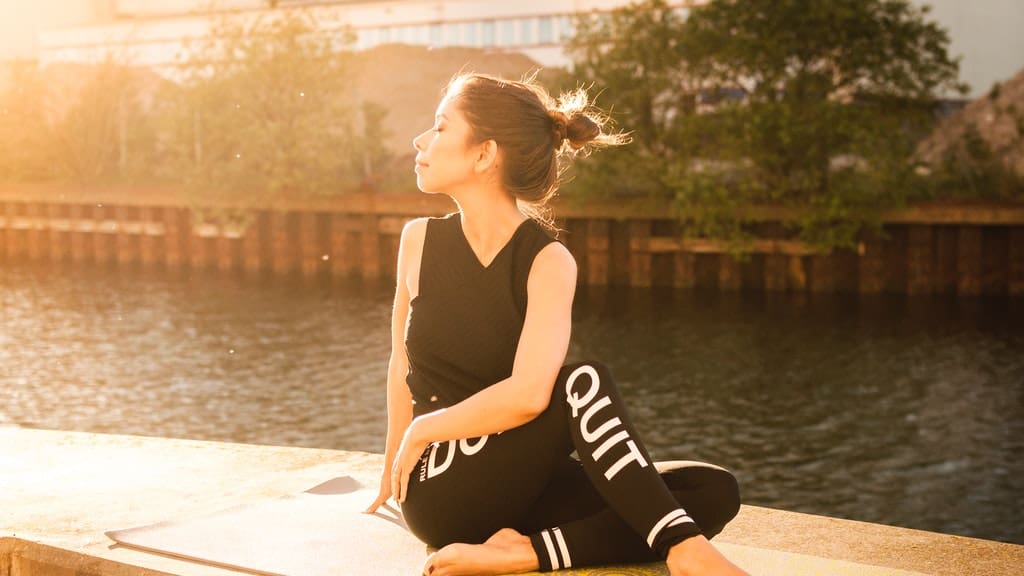 We often hear about the wonders of yoga.  But with how much people rave about it, its benefits can seem exaggerated. Is it worth it? Are there really that many good results?

Surprisingly, even the most extreme accounts of yoga-based success aren’t too far fetched. In fact, this discipline promises countless different positive results. Even if you don’t receive all of them, you’re likely to benefit in several ways. This usefulness is due in part to the fact that it is an excellent form of physical activity, but also for its specific style of exercise.

So, what can you expect from practicing yoga?

Every year, approximately 1 in 7 people in the United States will experience migraines. Though science classifies these headaches, they are much more severe and usually require medication-based treatment.

According to recent research, yoga can lead to reduced frequencies, intensities, and even pain levels of headaches and migraines. This relief may be because yoga can stimulate the vagus nerve in the body. And that links back to migraine reduction.

A 2007 study entitled “Effectiveness of yoga therapy in the treatment of migraine without aura: a randomized controlled trial” saw 72 migraine patients split up into self-care and yoga therapy groups. After three months, those who did yoga experienced significant reductions in the severity of their migraines.

This study found that among 60 migraine patients, those who did yoga experienced less frequent and intense migraines than those who went through conventional care.

One study from 2003 entitled “Effect of yoga on the cardiovascular system in subjects above 40 years” found that those aged 40 and over who continually and consistently practiced yoga for five years had a more positive pulse rate and blood pressure.

A 2009 study entitled “Beneficial effects of yoga lifestyle on reversibility of ischaemic heart disease: caring heart project of International Board of Yoga” indicated that among 113 heart disease patients, those who made lifestyle changes involving a healthier diet and one year of yoga experienced decrease by 26% of their body’s bad cholesterol content. 47% of the participants who did yoga also had their heart disease stop progressing.

Yoga can minimize stress, and according to a 2014 study called “Stress and atherosclerotic cardiovascular disease,” stress reduction and management can significantly reduce heart disease risk.

Millions of people all around the globe deal with chronic pain, whether idiopathic or as a symptom of a disorder or disease like arthritis. Though there is a lot more research that needs to be done before any definitive conclusions regarding this problem can be done, a decent number of studies show that yoga can aid pain symptoms.

One study from 1998 called “Yoga-based intervention for carpal tunnel syndrome: a randomized trial” had 42 carpal tunnel syndrome patients split into two groups. One group received wrist splints, and the other did yoga. After eight weeks, they found that yogis had lower pain levels and increased wrist function.

A more modern study from 2005 entitled “Iyengar yoga for treating symptoms of osteoarthritis of the knees: a pilot study” showed that yoga could have positive effects on knee function. The practice successfully decreased levels of pain and widened physical motion in osteoarthritis patients.

If you’ve ever tried yoga, you’ll know that it requires a significant amount of flexibility and balance. As such, it’s not difficult to imagine that if you perform poses that focus on these areas, you may be able to increase your balance and flexibility – and science supports this. Here are some research findings.

A study from 2014 called “Flexibility of the elderly after a one-year practice of yoga and calisthenics” involved 66 elderly individuals. They were split into groups and told to either practice calisthenics or yoga. A year later, the group that did yoga was a whopping four times more flexible than the other group.

In 2016, a study with the title “Impact of 10-weeks of yoga practice on flexibility and balance of college athletes” was released. It revealed that after ten weeks of practice, a significant improvement in balance and flexibility could be seen among 26 male athletes of college-age.

There was also a 2013 study entitled “A 12-week Iyengar yoga program improved balance and mobility in older community-dwelling people: a pilot randomized controlled trial”. This study found that older adults could experience bolstered mobility and balance if they performed this exercise.

Yoga can reduce cortisol levels in the body. Cortisol is a stress hormone that, when produced in excess, can limit the production of the positive hormone serotonin. This is likely why yoga connects with the reduction of depressive symptoms.

Plenty of studies suggest that yoga boosts positive thinking and reduces the severity of depression. Those who practice it have often been found to have lower cortisol levels as well as lower adrenocorticotropic hormone (ACTH) levels. ACTH is a type of hormone that is typically responsible for cortisol production and release.

It is worth noting that yoga alone may not be able to treat severe depression adequately. It is, however, recommended alongside other forms of depressive disorder treatment, such as therapy or medication.

On that note, if a calmer activity isn’t your thing, plenty of physical activity and exercise options aid depressive symptoms. However, this particular practice has the most research put into it. Therefore, this might be the most reliable option.

Many people who practice this ancient exer ise likely associate it with serenity or peacefulness. Though it seems like a bit of a cliché, there’s a lot of truth to that. In fact, there are plenty of individuals who use yoga as a tool for managing anxiety, with excellent results for positive thinking.

Research seems to agree, too. A study published in 2009 with the name “Effects of yoga on depression and anxiety of women” revealed that women who practice yoga classes two times every week wind up experiencing decreased anxiety. (However, this study was tiny with just 34 participants.)

But it’s not just “ordinary” anxiety that yoga may help. Trauma-based anxiety from post-traumatic stress disorder, or PTSD, can also be aided by yoga. According to 2014’s study “Yoga as an adjunctive treatment for posttraumatic stress disorder: a randomized controlled trial,” more than half of women with PTSD who do yoga once a week wind up no longer meeting the minimum criteria for PTSD at all.

Inflammation is a complex subject. On the one hand, it triggers to help heal the body. On the other, chronic inflammation in excess is likely to lead to a wide range of conditions, including:

Doctors use inflammatory markers of all kinds to detect excess inflammation. And, they use the indicators to conduct research linking inflammation to practicing this exercise.

One study conducted in 2015 and called “Effect of Yoga Practice on Levels of Inflammatory Markers After Moderate and Strenuous Exercise” took 218 individuals and split them into groups. One group did not do yoga, while the other group consisted of regular yoga practitioners.

After performing strenuous and moderate physical activity, designed to put the body under stress, those who did yoga often had fewer inflammatory markers. However, this may be due to their overall fitness level.

Many, many things result when you have a poor quality of sleep. Indeed, the condition can affect your entire body and increase the risks of:

However, studies indicate that this exercise may be capable of improving sleep and treating insomnia.

In 2014, the study “Effects of Hatha yoga and Omkar meditation on cardiorespiratory performance, psychologic profile, and melatonin secretion” was published. It showed that yoga could boost the production of melatonin, a hormone that regulates the sleep-wake cycle. Do note, though, that more research is needed before this is definitively confirmed.

A 2005 study entitled “Influence of Yoga and Ayurveda on self-rated sleep in a geriatric population” took 69 participants of senior age and divided them into three groups. One group received an herbal infusion, another practiced yoga, and the final was a control group. Those doing yoga were able to sleep faster and longer, allowing for a more well-rested feeling come morning.

Patients with lymphoma are less likely to experience disturbances while they sleep. Additionally, they may also have longer and more positive sleep overall. This is according to the 2004 study “Psychological adjustment and sleep quality in a randomized trial of the effects of a Tibetan yoga intervention in patients with lymphoma.”

Of course, it is worth noting that many kinds of exercise can help you fall asleep more quickly as you are burning calories during the day as you go. As such, if you are dealing with insomnia and don’t want to do yoga, and kind of physical activity will likely help you to some degree.

Final Thoughts on Adopting Yoga Into Your Life

Yoga is an excellent form of exercise. It is gentle yet challenging and promises plenty of benefits, with many personal accounts of positive results from around the world. Although many people make fun of it, its ability to bolster health makes it a worthy endeavor. If you’ve never tried it, why not give it a go? You never know – it might just change your life!

IcetruckJanuary 18, 2020
Like story:
tweet
10 Books That Have The Power To Transform You
13 Ways A Bad Situation Can Help Transform Your Life »