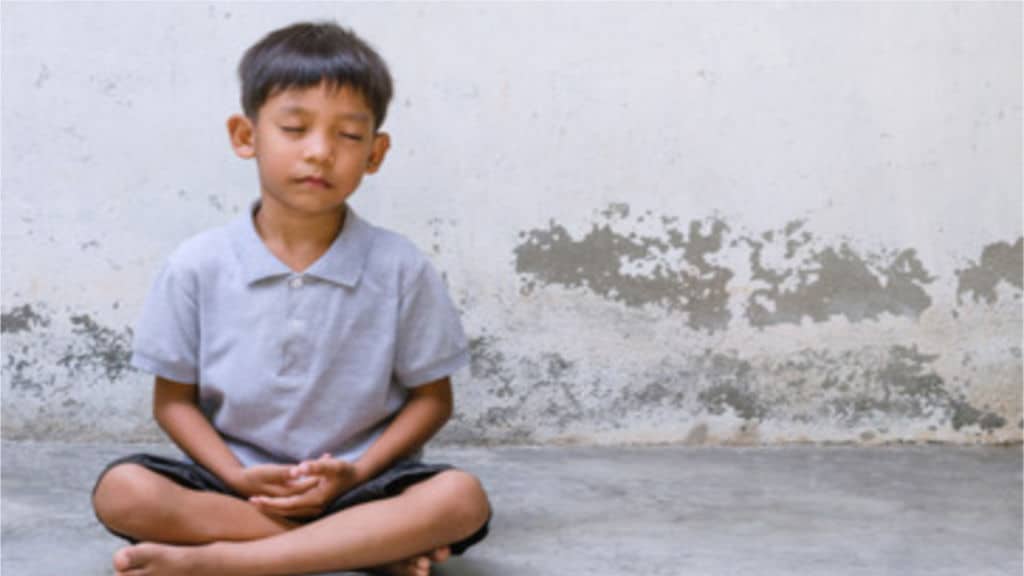 If you’re a parent with multiple children, you might be laughing at the idea of children to be quiet and still for prolonged periods, let alone meditate. But one million children from across the country in Thailand are capable of doing it. So believe it or not, it’s possible!

Of course, we’re joking around a lot here. But, seriously, this is part of a rather inspiring movement and cause known as the V-STAR project. It sees kids from across the country joined in solidarity. They share in an effort to bring about world peace and raise awareness for the movement towards a more harmonious planet.

Curious about the V-STAR project, how it works, and what it does? Maybe you’re wondering how you can contribute, support, or if there’s any way to join in. Well, read on to find out more about how a million children in Thailand come together to meditate for world peace.

What Is The V-STAR Project?

The V-STAR project, or more adequately the “V-Star Change the World” project, involves a yearly effort of a million children from over 5,000 different schools across Thailand. These children all come together and meet at a temple to meditate side by side in total silence. The chosen children are known as V-Stars or Virtuous Stars.

What are they doing this for? Well, it’s for world peace. The chosen children are all ones selected by their schools, communities, or other similar institutions as examples to be followed, usually due to moral excellence. The V-STAR project brings all these exemplary children together, allowing them to connect, make friends, share stories, and inspire each other through support networks and tales of their good deeds.

Each Virtuous Star must complete a series of jobs before they join in the mass meditation event. A list of ten tasks must be completed daily for three months before they can join the meditation. These habits are relatively simple, but significant in building good character, and include:

The project first started in 2008, as a part of Luang Phor Dhammachayo’s World Morality Revival. Children are representatives of the future, after all. In this time of uncertain future, the project began to promote the act of raising children with a strong sense of moral values that can pass on to everyone around them.

Every year, more and more students express interest in joining the event, which is now known as V-STAR Unity Day. Numerous activities are held, including:

The temple used in this annual event is the Wat Phra Dhammakaya. It sits on land that used to be a rice field, but all 77 acres of its area was donated to the public by Lady Prayad Pattayapongsavisuttatibodi on her birthday.

The temple began being used as a meditation center in 1970, on Magha Puja Day, when Master Nun Chand Khonnokyoong and Luang Por Dhammajayo, as well as their followers, came together to start work in building the structure that stands today.

They had a measly budget of 3,200 baht, which was worth about US$160 in the year 1970, but Master Nun encouraged her anxious followers with a quote that has become part of the legend. Master Nun asked them the cost of raising one truly virtuous, moral, and ethical person who was dedicated to Buddhism. The follower replied that it would cost 100 million baht.

So, Master Nun said that with her 11 followers in front of her, she had a budget of 1,000 million baht, and that was more than enough to build the center. And it certainly was! Today, the center is wildly popular, with more and more people flocking to it to learn about Buddhism and the Dhamma of Lord Buddha. Followers also donated money after their meditations led to their happiness!

By 1984, tens of thousands of people came to meditate at the temple, meaning the 77 acres initially donated was now too small to fit everyone! Additional plots of land had to be added, as well as more buildings. The process wasn’t too complicated, as Wat Phra Dhammakaya focused on saving construction costs, and that is evident in their stable and simple structures that you can see today.

Why Meditate, and Why This Project?

The V-STAR project seeks to help boost peaceful relationships between people through meditation, which is an admirable goal in itself. The goal is to allow everyone, regardless of factors such as sex, gender identity, political opinion, race, or sexual orientation, to come together as one.

Those behind the V-STAR project, and Minister of Education of Thailand Professor Dr. Suchart Thadathamrongvej, believe that those differences cause people to become isolated from one another, which is what the program is for. It promotes the idea that hard work and togetherness can make a massive impact on the world.

The project also believes that to change the world Additionally, people must first work on improving themselves. The fact that all these children come together to perform acts of kindness and good deeds show the “moral revival” program is working in the country. Furthermore, those behind it and those in power are hopeful that it marks a positive future for the world that all these children are growing up with ethical, moral values.

Meditation focuses on keeping you aware and present in the current moment, allowing you to boost your awareness and giving you time to focus on what matters. It is also a prevalent practice in Buddhism.

There has been some controversy surrounding the event, however. Some Buddhists criticize it and claim that the V-STAR project is for show and not interested in genuine virtue or advancement. However, regardless, the project continues to move forward and believes that by shaping the children of tomorrow, they can bring about world peace.

Scientific Benefits of Learning to Meditate

Regardless of how effective you believe the project is, there are plenty of reasons for you, personally, to begin meditation from a scientific perspective. Here are some of its benefits:

Believe it or not, meditation can help boost compassion. When you meditate, you may become kinder towards both yourself and other people. This value indicates a truth to the V-STAR program – meditation can lead to more positive values, deeds, and behavior!

Meditation successfully reduces blood pressure by around five points, leading to lowered strain on the heart.

Studies indicate the meditation may be able to reduce the risks of memory loss related to age, such as degenerative disorders. For older individuals, meditation can improve cognitive function; on the whole, improving their focus, responses, and positive thinking.

When you meditate, you wind up being able to fall asleep more quickly, and you’ll be able to sleep for more extended periods, too.

Numerous studies have indicated that meditation encourages a more positive outlook on the world and life, as well as better self-image and self-perception. It can even decrease symptoms of depression! It also provides benefits for anxiety and stress levels.

If you have difficulty staying focused, meditation can help you concentrate, allowing you to carry out tasks in your everyday life better.

Building Moral Virtue In Your Children

The V-STAR project stems from Buddhism and is also currently only available in Thailand. So those are two reasons you and your children may be unable to participate in it. But you don’t need this project to encourage moral virtue in your kids! Here are some ideas for doing so:

Teach your child the values you want to see in them by executing those values yourself. Many children learn by example and will model their behavior after yours. So when your child sees you begin to meditate, he or she will naturally become curious.

When your child makes mistakes – as they definitely will! – turn them into teaching moments. Encourage positive reflection, showing them how to think about what they did, how to avoid doing it in the future, and how it affected themselves and those around them.

Remember the ten daily tasks that Virtuous Stars have to do? Nothing’s preventing you from giving your child similar jobs! Give them a timetable of daily tasks to do that will help boost their hard work and moral values and reward them every week that they stick to them consistently!

Virtually all religions promote harmony and peace, so if you’re not Buddhist, you can easily use other forms of teaching. Plenty of other religions, including Christianity, also make use of different kinds of meditation!

Bring your child along and volunteer for charities, shelters, and other organizations. Explain to your child what the organization does, why they need your help, and what you’ll be doing for them.

·         Expose Them To Different Environments

Let your child make friends with other kids from different backgrounds. Show your child that everyone experiences the world differently, and teach them to be respectful of that fact!

Getting a large group of children to sit still can be quite a challenge. But that doesn’t mean that it can’t be done! And, for a good cause, kids may genuinely want to be a part of the effort and will happily stay still for you. Plus, you don’t need to make your kids meditate or take part in programs to raise them to be a part of a better future!

The V-STAR program is truly inspirational. Plus, you can apply plenty of points from it to your own real life. Encourage your kids to do good deeds and teach them the moral values you want them to have. Make meditation a part of your daily routine. Seek to be compassionate to those around you. The possibilities are endless, and your small efforts can make a difference in the world!