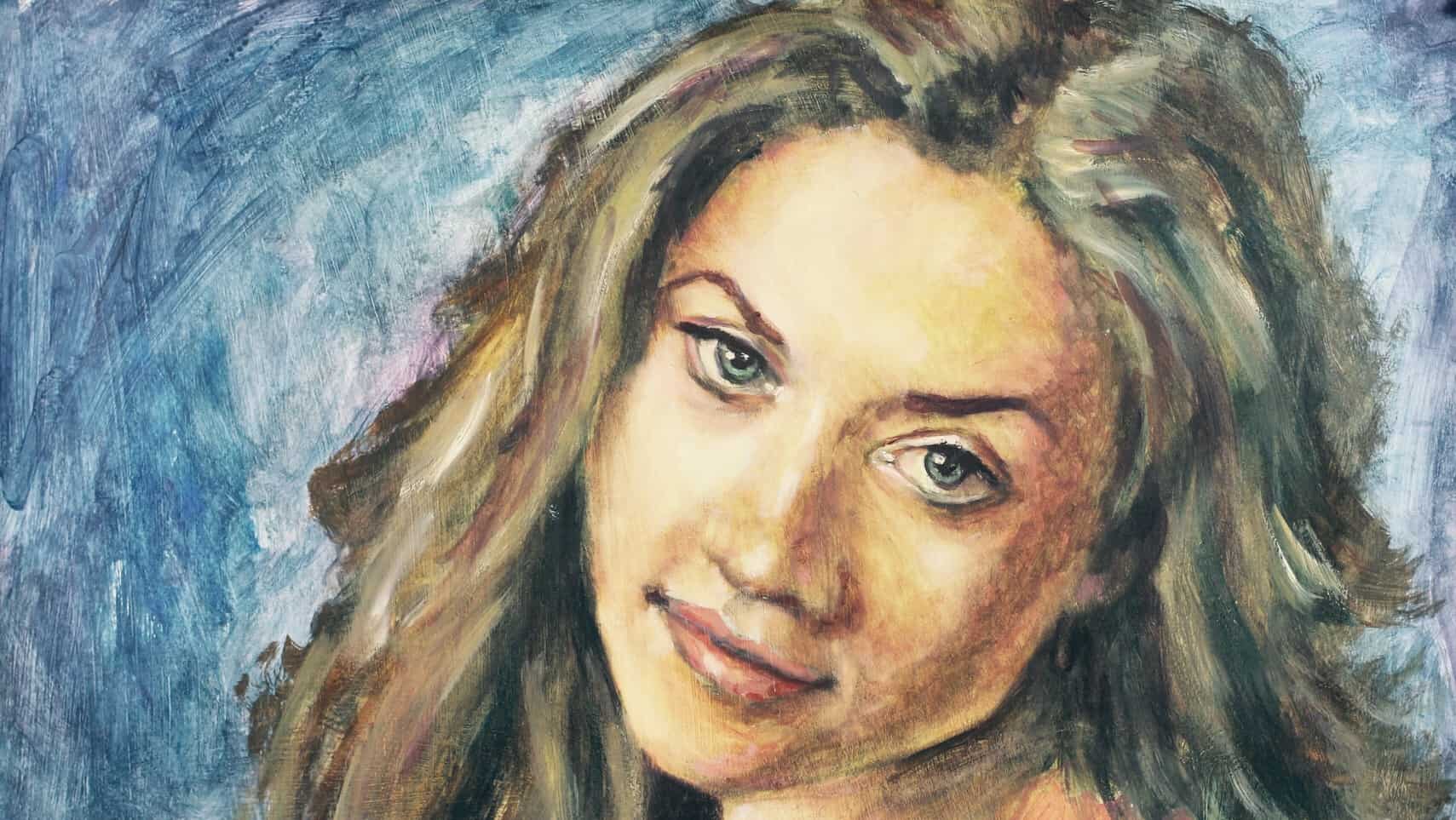 Raising teenage girls is difficult these days. However, do you ever dream about being a teen once again? Everyone has times when they wish they could return to their youth, especially to have that carefree lifestyle. Since all parents were once a teen, it would stand to reason that you would understand what goes through the mind of an adolescent.

However, raising angst-filled teens gets more complicated with each generation. What worked a couple of decades ago cannot even reach a teen in today’s world. If you are blessed to live in a house with a teenager trying to find themselves, you know this parental dilemma all too well.

Teen boys and girls may be the same age, but their struggles can be vastly different. Understanding the psychology of teenage girls is one of your best tools to guide your daughter into adulthood lovingly.

When Did She Stop Playing with Dolls?

It feels like it was only yesterday when you were standing in line trying to find that sold-out baby or get the toy that she wanted for her birthday. Where did the time go? You turned around, and your baby girl has turned into a teen, and she also has developed ideas, opinions, and beliefs that may or may not agree with yours.

She once thought boys were yucky, and now she has become fond of the opposite sex. Her new interest is only one of the things changing in her mind. Her hormones are causing all sorts of feelings, and emotions are causing her to act in ways that even she doesn’t understand.

One minute she may have a smile on her face and be on top of the world; consequently, a few minutes later, she may want to rip your eyes out. You need to go with the flow and realize her hormones are driving her.

Even the best parents experience mixed emotions when they see that their little girls are growing up. Your relationship with your teenage daughter is about to face its most significant challenges for you both.

Did Someone Say Puberty?

Biologists tell us that almost all members of the animal kingdom go through puberty, the transition from juvenile to adulthood. During this time, brain chemicals alert the pituitary gland and the reproductive system to produce growth hormones and sexual maturity. For humans, the process usually starts from age 12 and can last until age 18.

The age range for human puberty is not concrete because many teenage girls start at an earlier age. “Late bloomers” might start a year or so later than their peers and will not reach maturity until 19 or 20. Don’t be surprised if your teen son isn’t up to speed with your teen daughter, because girls generally mature faster than boys.

Some teenage girls are starting as young as ten years of age. While it seems that puberty is starting earlier these days, many blame the processed foods and growth hormones used in cooking. Also, some cultures naturally begin earlier than others.

Your blossoming teenagers are a surge of hormones that demand all aspects of their lives, including physical, mental, and sexual changes. These hormones affect their emotions, and you will usually see typical teen mood swings. It is all part of them, adjusting to a new body and unfamiliar feelings.

Who Is Aunt Flo? And Why is She Visiting?

While both genders experience maturing primary and secondary features, your teenage daughter will also begin her monthly menstruation cycles. As you have candid discussions about puberty with your girl, you will need to include conversations about her imminent menstrual flows. If your teen knows what to expect, then her first period won’t be such a shock.

Although it is a delicate subject, she depends on your assurance that these changes are perfectly normal. Talk to your teen about proper feminine hygiene and the best products for her needs. Consider helping your daughter make her first appointment for a gynecological checkup.

Some girls will hide their first period from their parents as they are so embarrassed. Thankfully, they have no choice at some point but to reach out for help. Teenage girls feel all sorts of emotions that include fear, anger, rage, sadness, and they don’t know how to process all the mood fluctuations that a menstruation cycle brings.

As a parent, you must be able to ride the ebbs and flows of hormones with them. Try not to take things too awfully personally as they can’t control their emotions too well right now.

What About the Birds and Bees?

All these hormonal surges teenage girls experience cause them to see boys in a whole new way. Your daughter may be frightened of the unfamiliar rush of sexual urges brought on by puberty, and she may act out. Teen girls often feel awkward around boys at this age. While she may act like she knows it all and doesn’t need your input, she inwardly craves your guidance.

Discussing sexuality with teenagers is an ongoing series of talks that often lasts into adulthood. If your teen daughter doesn’t get the right information about sex and its responsibilities, she will hear it from other kids. This secondhand advice may be far from the facts and morals that you would share.

Depending on how you were raised, having an open dialogue about sex can be difficult. Be as forthright, candid, and honest as you can with her questions. Discuss the importance of healthy relationships, birth control, and how to prevent sexually transmitted diseases.

Additionally, teenage pregnancy is something that is not uncommon. You want to make sure your daughter is mature enough to make emotional decisions that could impact her for the rest of her days. Since 1,680 girls get pregnant in this country every day, it’s time to be frank about the risks.

When Will the Mood Rollercoaster Stop?

Teenage girls and boys are renowned for their violent mood swings that drive parents crazy. Does it seem like the little darling who loved to spend time with you now seems to resent your very presence?

Teenage girls and their rollercoaster of hormones can sting and hurts your feelings but try to remember that it’s a typical teen thing to push their parents away as they strut their independence.

Along with your teenage daughter’s raging hormones comes the monthly cycles that may make her even more miserable. During her period, she may be moody and hate the world. If PMS is dominant in the women of your family, your daughter may need some medical attention to make her feel better physically and emotionally.

Teenage girls and women alike suffer from Premenstrual Syndrome. It’s estimated to affect three out of four teenagers who suffer from this prevalent ailment. Along with their monthly cycles, they may experience:

The chances are that your daughter is just as bewildered and frustrated as you are about her off-the-chart moods. While this is normal, seek medical attention if these moods change into dangerous aggression or depression. Again, try to keep an open line of communication combined with a non-judgmental approach.

She may need medications to combat the horrific symptoms of this condition. Her doctor can help you decide if the humoral rushes she is feeling are from her cycle or caused by an underlying condition that needs to be addressed.

Why Can’t I Be as Pretty as My Friends?

One of the strongest disparages against women today is society’s perverted interpretation of beauty. Although boys often compare themselves to their male peers, teenage girls are more likely to suffer from poor body image. The American media whispers to them that they are “not pretty enough” or “worthy enough” unless they measure up to unrealistic images.

Flip through any magazine or scroll through your social media, and you will notice the underweight, computer-enhanced models that lure your teen girl into thinking that’s what she should look like and should be wearing. Of course, if she keeps buying the “trendy” products and services, they will be just as beautiful and successful.

No wonder so many female teens battle low self-esteem, depression, and possible suicidal ideation. Teen girls are more apt to fight anxiety and are more likely to be bullied at school. Because of poor body image, some female teens secretly cut themselves or turn to dangerous behaviors to self-medicate their pain away.

Depression and anxiety are things that a parent must be looking for to ensure that if their daughter needs help, they get the help they need.

Final Thoughts: Raising Teenage Girls Is Not for The Faint of Heart

Humans are genetically programmed to seek independence and fend for ourselves. What may seem like aggression and disregard is your teen daughter’s way of trying her adult wings. Having you as a constant in her life can make the transition a little easier for her and you.

However, you should know when it’s time to get help. Their minds are so confused and feeling all sorts of things they cannot comprehend. Thankfully, your pediatrician can help you get to the bottom of any issues, whether it’s hormone-related or not.

IcetruckFebruary 26, 2020
Like story:
tweet
10 Yoga Poses to Mitigate Negative Energy
6 Reasons Why Waking Up At 5 AM Everyday Is Good For You