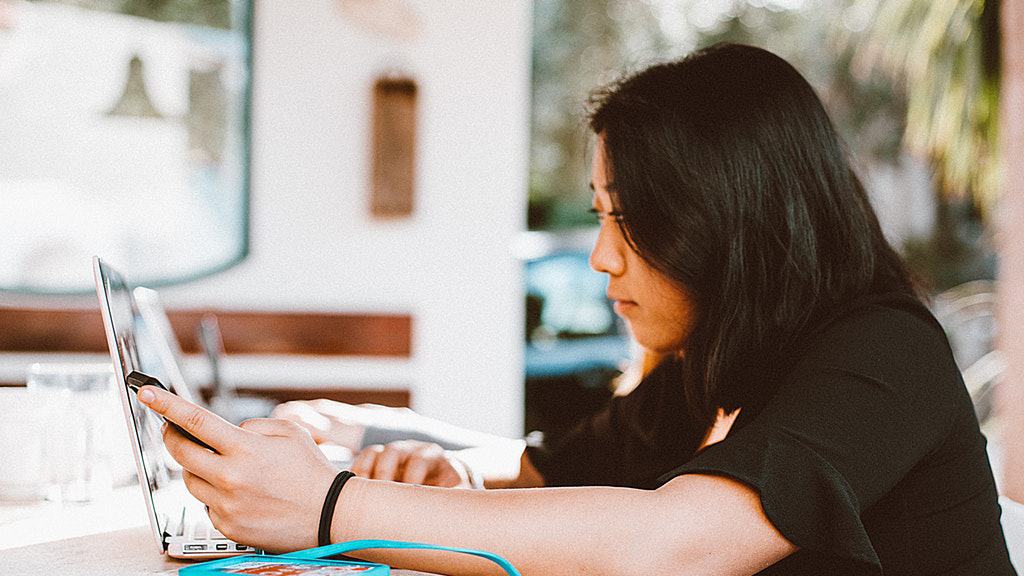 If you feel like you spin your wheels every day and barely accomplish a thing,  adopt some productivity hacks.

It is tough to get anything done without a basic level of focus on our priorities. Despite this, we’ve grown accustomed to counterproductive habits such as hectic multitasking and working amidst distractions. Some places of work even encourage this kind of thing.

Such a poorly devised approach to productivity takes a toll on pretty much all of us. We’re more stressed, less effective, and, yes, less productive.

However, most of us don’t have the option of being unproductive. Whether we’re at home or work, things need to be done. Not only do we get in our own way in this regard, but, as we’ll soon discuss, the pace and mindset of modern society don’t make things any easier.

Such is particularly true in the workplace, where the expectation that we do more with less has become the rule rather than the exception. Add in the fact that most of us are working longer hours in increasingly less-satisfying jobs, and we have a potential crisis on our hands.

For those unfamiliar with the word hack, in this sense, it’s meaning is similar to a shortcut. It’s putting in just a bit of effort and getting back a whole lot more. In other words, you’re getting a lot for relatively little.

American Overwork: A Catalyst for Stress

While we can’t quantify our mindset’s influence on work-related stress, we can infer that it plays a significant role. But this hasn’t stopped us from working hard. Here are a few statistics:

– The average U.S. workweek of 38.6 hours is two hours higher than the OECD average.

– Nearly 86 percent of males and 67 percent of females work longer than 40 hours per week.

So, we’re sort of stuck between a rock and a hard place. On the one hand, society demands that we maximally produce in the workplace; on the other, we’re suffering the consequences.

According to the 2019 American Psychological Association (APA) report, Stress In America, 64% of adults identify work as a “significant” source of stress. This is a higher percentage than money (60%), climate change (56%), and immigration issues (48%).

While the average wage has reached an all-time high, individual workers are nonetheless dissatisfied with and stressed out with the state of the workplace.

And what often gets lost are the very real health repercussions of stress. Per Harvard University:

‘Abundant evidence shows that chronic stress chips away at physical health…[Stress] plays a role in diabetes, asthma, and gastrointestinal disorders.”

Clearly, a new strategy is needed. Enter our productivity hacks.

The first thing is that you must acknowledge is that you are in complete control of our efficiency and output.

Not our place of work, not other people, not the traffic, not your spouse and not your kids. As the wise Buddha once said, all of the answers that you seek are inside of yourself.

So without further ado, let’s get to seven awesome productivity hacks that will help you make the most of your day!

Per a study published out of Harvard University, American knowledge workers (i.e., white-collar employees) spend 47 percent of their day in a state of distraction.

Single-tasking is, by far, the best productivity hack out there – and it’s so super simple. All that you need to do is focus the entirety of your attention on the task at hand. When potential distractions occur, simply reengage the task and stick with it.

Of course, it’s easier said than done. It’s not easy because we’ve spent nearly half of our life in a state of distraction. But, with practice, the ability to focus 100 percent of your attention on a single task will become second-nature.

Research shows that it takes, on average, 25 minutes to completely refocus on a task following an interruption. This phenomenon is called ‘attention residue,’ which causes the brain to have fewer cognitive resources available for the task at hand.

Needless to say, such a haphazard approach to work kills productivity. The only feasible solution is to cut away at distractions ruthlessly.

We do this by evaluating the environment and (honestly) asking ourselves: “What’s needed for the job at hand?” and getting rid of everything that isn’t.

Don’t need your smartphone? Put it away. Too much noise? Move somewhere quieter. A co-worker dropping by just to chat? Save it for breaktime.

“To produce at your peak level, you need to work for extended periods with full concentration … [this] type of work…is deep work.”   ~Cal Newport

A deep work session is one in which you allow for no distractions, are fully focused, and lasts for at least a couple of hours. According to Cal Newport, the author of the book ‘Deep Work,’ a single deep work session may allow one to achieve more in two hours than most people do in two days.

The idea here is to make time for full focus on the most critical tasks. This is a key point. Working a long time on stuff that doesn’t generate a “return” is a massive waste of energy. So, it’s necessary to figure out the work that brings in the most value.

There are plenty of useful free and paid tools one can use to help improve their productivity.

For example, if you want to hold yourself accountable for how you spend your time, try a time tracker like Rescuetime.  If you’re having difficulty keeping things organized, try using Google Calendar or a similar scheduling tool. If you have a hard time resisting certain websites, download a site blocker.

Just bear in mind that the less technology you have, the better. One or two programs should do the trick.

Moreover, it isn’t necessary to spend hundreds of dollars on new software just for the sake of improving your productivity. There are plenty of free versions of software out there that, when combined with a bit of self-discipline, can take your efficiency to another level.

“One day we will be more creative, more productive and yet more relaxed.”  ~Francesco Cirillo

If you’re just starting to get your focus game going, you can do far worse than trying the Pomodoro Technique. Per a 2015 study on the Pomodoro, “Feeling failure and the avoidance of tasks are the main reasons for procrastination and the Pomodoro is a good method of beating that destructive habit.”

Developed by Italian Francesco Cirillo in the late 80s, the Pomodoro method is very simple. Set a timer for 25 minutes and work single-mindedly on one task for the entire duration. After the 25 minutes are up, mark your accomplishment (hey, small wins matter!) on a piece of paper and take a five-minute break.

Music lovers probably don’t need an academic study to tell them that music helps sustain concentration. But more and more research is demonstrating the potent effects of music – especially of the classical variety – on attention capabilities.

It does appear that music isn’t created equal to its effects on task performance. For example, music that includes lyrics seems to compete with the attentional resources within the brain. As such, jamming out to your favorite album is probably not the best choice.

But if you can find some instrumental music to your liking, you may just find that getting in the flow of work is much easier.

“Mindfulness is paying attention, on purpose, in the present moment, and non-judgmentally.”   ~ Jon Kabat-Zinn (Source)

The above quote by Jon Kabat-Zinn says it all. Cultivating mindful awareness is honing attentional skills to a razor’s edge. In short, becoming more mindful throughout your day can make a huge difference in what gets done and what doesn’t.

The reason for this is simple: mindfulness takes us off autopilot. When we’re not being ruled by the bottom-up brain circuitry, we can fully direct our significant cognitive resources to whatever we choose. Try mindfulness along with these other productivity hacks–you have everything to gain.

IcetruckMarch 3, 2020
Like story:
tweet
25 Comebacks That Stop A Toxic Person (And Their Bad Attitude)
An Introductory History to Gut Microbiome Research