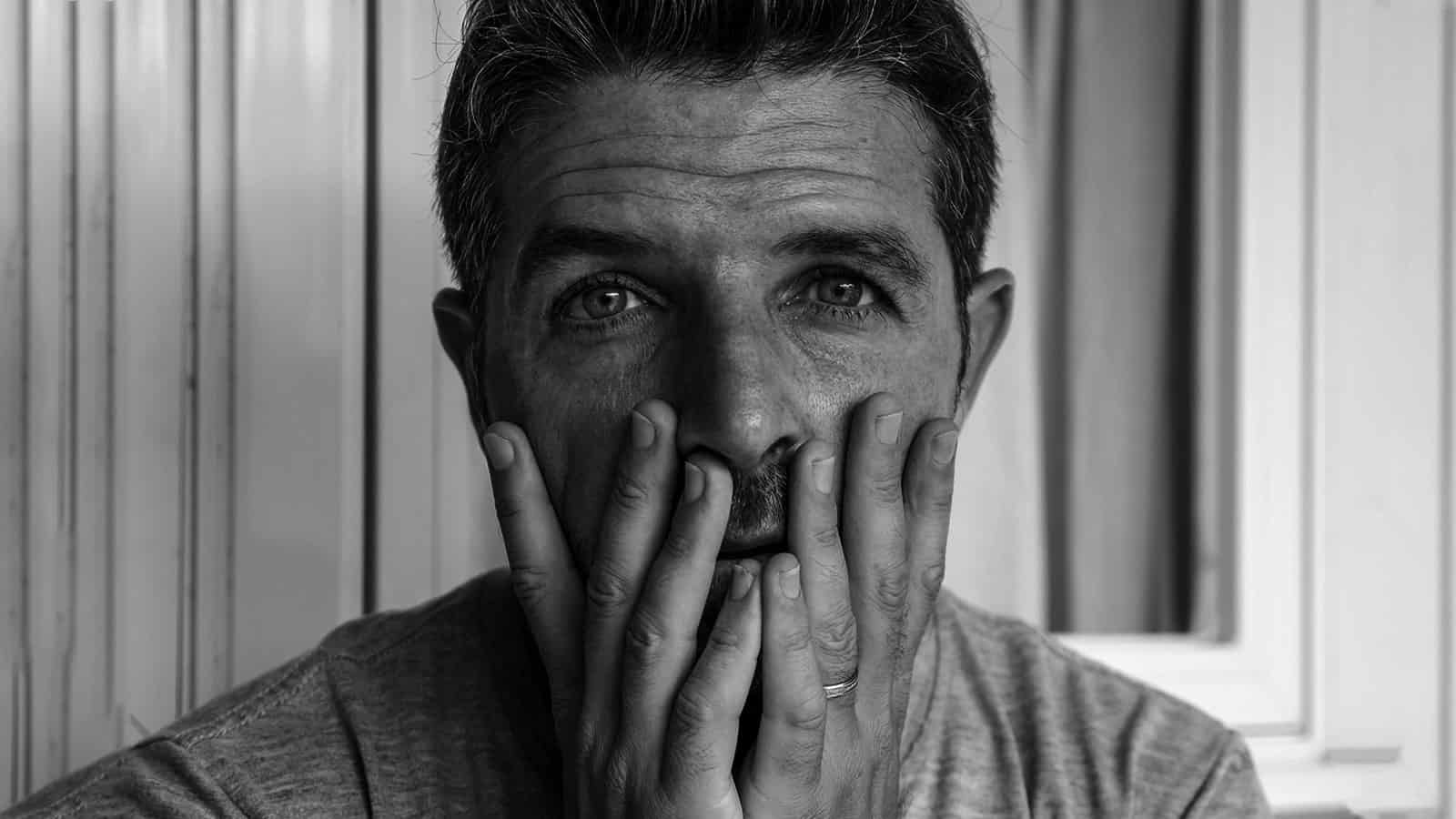 Do you or someone you know have a victim mentality? Feeling like the world is out to get you or blaming your circumstances and emotions on others are a couple of first signs of this mindset. Everything is always unfair, and it is never the victim’s fault. This mindset will get the person’s attention, but it does no good for them in the long run.

Of course, bad things happen in life, such as sexual assault or abuse, and in these cases, the victim has every right to blame the other person. However, a victim mindset differs in that this is the lens the person sees through. In other words, their entire lives center around the idea that nothing good ever happens, and they don’t deserve a happy life. They tend to see the world in a glass-half-empty kind of way.

The victim mentality believes that nothing ever goes their way and that people should give them sympathy. In a way, it is the perfect excuse to never take action or responsibility for choices, because the blame is always passed off to someone else.

“Today is a new day. Don’t let your history interfere with your destiny! Let today be the day you stop being a victim of your circumstances and start taking action towards the life you want. You have the power and the time to shape your life. Break free from the poisonous victim mentality and embrace the truth of your greatness. You were not meant for a mundane or mediocre life!” ? Steve Maraboli

Here are seven key signs of a victim mentality:

The victim mentality never takes ownership for their lives because they find it easier to blame others for their bad choices. Whether that means getting stuck in past trauma as a way to avoid the present or pitying themselves for a series of bad decisions, the victim will always find a way to avoid responsibility. We all have pasts that have given us scars, but to move forward in life, we must deal with our problems. We cannot escape them by using our past as an excuse for inaction.

2 – Blaming everyone but themselves for misfortune.

When a series of unfortunate events happen, the victim will never look within themselves for answers. Instead, they blame their past, parents, job, stock market, economy, bad weather, finances, sister, friends…you name it. They will try to use it as an excuse. If you come across someone who never owns up to their mistakes and instead blames them on others, they probably have a victim mentality.

3 – You seek attention from others by complaining.

Victims thrive on attention, but not the good kind. Instead of doing positive things with their life that would promote positive reactions from others, they thrive on chaos and negativity. In their eyes, any attention is better than no attention, as this is the only way they know to behave. Complaining gets you pity and perhaps advice, which makes you feel safe and comfortable with never changing. The victim will always find an excuse to stay stuck by not taking action, yet complaining about their circumstances.

4 – You think others are purposely out to get you.

Victims have a hard time trusting others and think everyone has some sort of plan. They play this card so that the blame is never on them. The world is a hostile, scary place in their eyes, and others couldn’t possibly have good intentions. They constantly have their guard up because of their negative mindset, clouds their judgment, and puts them in fight-or-flight mode.

5 – You feel inferior to others in some way.

This feeling usually goes back to having low self-esteem, as the victim tends to have a past of childhood problems. Their parents might not have given them the right kind of love or attention, or perhaps neglected to provide positive reinforcement. As a result, the victim never feels good enough and must always seek attention in negative ways, as they don’t know how to build positive relationships.

6 – The victim mentality overreacts to every problem.

Victims see every small issue as the end of the world because they want to have something to complain about. The victim mentality doesn’t know how to deal with things in a calm, rational behavior, because they thrived in chaos at an early age. The victim will first react emotionally before trying to sort out problems with logic.

7 – They feel powerless to take any action.

As we’ve said before, the victim mentality often leaves a person feeling stuck and unsatisfied with their lives. They might want change but don’t know how to implement it. As a result, they resort to blaming others, complaining, unhealthy habits, and other negative coping skills.

How a person with a victim mentality claims power

We’ve made victims out to be powerless, but they just use their power in subtle ways. For instance, getting others to feel sorry for you means you might manipulate them into staying in a toxic relationship or doing errands for you. It could cause others to walk on eggshells around you because they don’t want to upset you.

Or, you might convince your partner to stay in a codependent relationship. The victim often plays the role of a caregiver in a relationship, as they typically have low self-esteem and don’t think they deserve healthy relationships. However, the victim often uses their bad relationship to guilt-trip their partner or have a ”poor me” attitude.

This is also a tactic that sociopaths and psychopaths use in relationships. For instance, they might constantly put their partner down, but when the partner addresses this, they try to gaslight them. Eventually, the other person doesn’t know if their memories were correct or not because the victim wants to guilt them into believing they’re wrong. The abuser uses their victim mentality to justify awful actions. If you’re in a relationship with someone like this, please don’t hesitate to seek help. Everyone deserves to feel safe in their relationship.

Why do victims act that way?

Most of the time, the victim mentality begins in early childhood. Perhaps the parents taught their children to act like a victim by complaining about the world all the time or having a negative mindset in general. The child would mentally store this away as a way to get attention from their parents.

Or, they had a codependent, unhealthy attachment to their parents. They might have had to take care of them mentally or physically or believe they have to make them happy. This often happens when parents have severe depression or anxiety. In unattached parenting styles, the child believes he or she must make the parents happy, and this often means getting attention in unhealthy ways. The child believes they must earn love or act sick or weak to get attention.

Unfortunately, some children experience sexual or verbal abuse, which makes them feel helpless. This learned helplessness carries over into adulthood, and they will seek out relationships with people who repeat these patterns. It often takes years of therapy to retrain the mind to avoid these situations and reset belief systems.

What should you do if you’re the one with the victim mentality?

Because victim mentality is a learned behavior, you can always unlearn it. This often takes therapy, but positive affirmations and journaling can help as well. Just remember that you have the power to control your life, and no one else can steer the ship for you. Learn to process the feelings that keep you in that victimized state, and move forward, knowing you deserve the best life can offer.

On the other hand, if someone else in your life displays this behavior, you may want to take a step back and reevaluate your friendship. They might need to do some healing, and as long as they recognize that, then they’re headed in the right direction. However, if they don’t see anything wrong with their behavior, it would probably be best to leave the friendship behind for your own sake.

Being a victim in life is like setting yourself on fire and expecting the other person to get burned. It will only hurt you in the end, even though you’re placing blame on others. Take responsibility for your life, because no one else will do it for you. If you want to move forward, process any emotions you might have about the past, and then let it go. Focus on the present, because it is all any of us has, after all.

Serious issues might need to be worked out in therapy, but doing self-help exercises such as journaling, goal setting, positive affirmations, and even hypnosis can work wonders. The mind is a battlefield sometimes, but everyone deserves to feel good about themselves. If you want to move on from a victim mentality, remember that you have the power to do so at any time, and you can turn your life in any direction you choose.

IcetruckMarch 10, 2020
Like story:
tweet
7 Signs Your Soul Is Asking For A Change
12 Natural Beauty Hacks No Woman with Alopecia Should Ignore