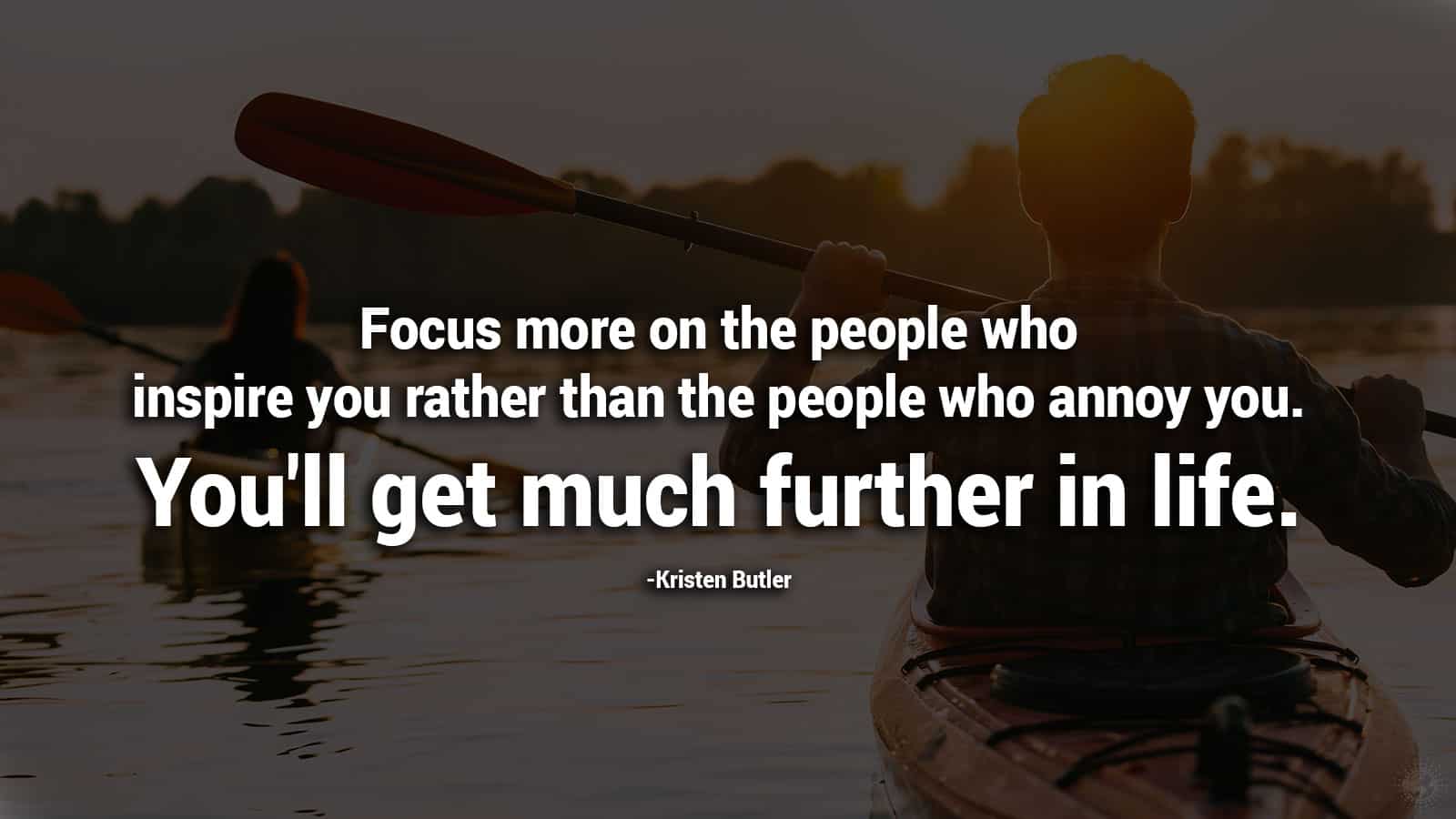 Life requires that we prioritize what is important. The simple reason is that we don’t have enough time to do all – or even most – of the things that make us happier.

Part of prioritizing means saying “no” to certain people and things.

In this article, we’re going to focus our attention on 20 things that we would do well to say “no.” You’ll see many familiar things on here (T.V., anyone?) However, you may be a bit more surprised at some of the other things that can make you happier.

So do yourself a favor and say ‘No’ to these 20 things to become happier:

For those made to suffer through the atrocious circa 90s “Just Say No” commercials, we apologize.

The message here is simple: stay away from drugs and limit alcohol intake.

Some people love what they do, and that’s a beautiful place to be. For the rest of us, however, work should be viewed as a necessity to live. You’d think that we live forever considering just how much time some people spend at the office.

Per a report by the American Institute of Stress (AIS), “job stress is far and away the major source of stress for American adults,” adding, “[job stress] has escalated progressively over the past few decades.” (Emphasis added)

Unless you’re super careful, and the place that you eat offers healthy options, fast food can show up on your waistline quick. Statistics show that a fast food meal contributes a disproportionately high percentage of daily caloric intake.

About 50 million Americans eat fast food every day or about 15 percent of the population.

It may bring some comfort to know that the cause of procrastination is solely psychological – i.e., it has little to do with your willpower. Highly anxious individuals seem to have more difficulty with the procrastination bug than others.

So what to do? Just get started. Don’t think about how much work needs to be done. Emotional pain and discomfort associated with procrastination drop precipitously after an action is taken.

The era we’re now living in is the most distracted in human history. One massive reason for this is the sheer ubiquity of mobile devices.

The problem is that these distractions are both alluring and addicting. Things like “distracted driving” have become a real thing. Some research shows that our attention span is shrinking as the digital age evolves.

Excuses do nothing but disempower you and those around you. While the adage “You’re stronger than you think” may seem overly cliché, it’s nonetheless true.

The cool thing is that once you stop making excuses, you realize how much happier you feel. It feels as if you’re retaking control of your life, which you are.

The amount of television that people watch is insane.

Per a Nielsen report, the average American spends about 35.5 hours watching the tube. The problem with this isn’t so much the activity in itself – but the opportunity cost.

That is, those hours you could use say exercising, building a business plan, spending time with the family, and other more meaningful things.

Speaking of procrastination, one of the more common reasons that people put things off is fear – and this includes fear born of perfectionism. For the uninitiated, perfectionism is the unhealthy striving for, well, perfection.

Okay, so it may be very difficult – perhaps even impossible – to completely abstain from sugar. However, one would be well-advised to curb any intake. Per an article published by Harvard University’s health publication, “The effects of added sugar intake – higher blood pressure, inflammation, weight gain, diabetes, and fatty liver disease – are all linked to an increased risk for heart attack and stroke.”

Psychologists and other behavioral experts have thoroughly debunked the idea that money can buy happiness. So why do we keep spending too much? It’s all psychological. To overcome the habit requires diligence, patience, and discipline.

The cool thing is that once the seed habit of saving is planted, people find that they enjoy it.

Rehashing what “could’ve/would’ve/should’ve been” is a complete waste of time. Unfortunately, the human brain is uniquely wired for pointless thinking. According to a widely-cited study by Harvard researchers Gilbert and Killingsworth, our minds drift about in aimless thinking about half of our waking hours.

We have an unhealthy obsession with comparing ourselves with others. Such is particularly true in consumer-driven societies like the United States, where possessions and status are so coveted.

But comparing yourself to people does nothing but make us feel worse. It’s not easy to stop such an ingrained response, but we can take a step in the right direction by intentionally redirecting our focus when such thoughts arise.

We do enough things. So, this one’s not that bad, except that leaving things undone creates unnecessary mental tension and, studies show, drains our cognitive reserves.

The answer lies in a two-step process: (1) determining which endeavors are indeed worth committing to, and (2) avoiding everything else.

Neither too much nor too little seclusion is healthy. While we introverts may treasure our solo status, it doesn’t change the biological evolution of our brains.

On the flip side, while extroverts may despise being by themselves, such time is crucial for reflection and rejuvenation.

Okay, so perhaps doing away all news is unpractical – perhaps even unadvisable. But you should know that the unfortunate adage that “Bad news sells” is (a) true, and (b) media companies leverage this fact. This helps to explain why most of the news we read elicits feelings of fear and sadness.

So, don’t entirely ignore the news (though you could do worse), but watch how much attention you’re paying to it.

First off, we’re not telling you to ignore every instance of negativity, though limiting it is most certainly beneficial to your mental wellbeing. Everyone feels a bit negative from time to time.

We’re talking about limiting your exposure to consistently negative people. Sure, there are those rays of sunshine who can handle the negativity, though they’re few and far between. The rest of us need to watch how much time we’re spending amidst these folks to become happier.

The term “shallow work” was coined by MIT-trained computer scientist and professor, Cal Newport. Instead of defining shallow work, let us note its opposite – what Newport calls (naturally) “Deep Work.”

Per Newport, Deep Work describes “professional activities performed in a state of distraction-free concentration that push your cognitive capabilities to their limit.”

Why engage in deep work? Because it “[creates] new value, [improves] your skill,” and, perhaps most importantly, “are hard to replicate.” Read: you’ll make more money and live happier.

Being inconsistent in your efforts is detrimental to the achievement of the life you desire. It does little good to be filled with motivation and drive one day and then drift back into the same ole’ bad habits the next.

Inconsistency is often the byproduct of poor planning. As such, it is crucial to have a plan going into the day.

Let’s bring Cal Newport back into the story. Besides being a big fan of sustained attention, Newport is a digital minimalist. In other words, he’s Facebook’s and Twitter’s worst nightmare. In one talk, he rails against the former, calling the social media platform an “entertainment product” – and, essentially, a colossal waste of time.

The fact that the average person spends 2.5 hours per day on social media does little to counter Newport’s argument.

Here’s an exciting experiment: go anywhere you want, sit down with a beverage of your choice, and observe people for one hour. Watch closely. (Not too closely, lest an officer of the law intervenes.)

All joking aside: what do you see? Are people rushing around? Scrunched-up faces and tight shoulders? A seeming lack of purpose or direction?

This is how most people live their lives. Some people never stop living this way from the time they’re told to “grow up.”

Cliché time! Life is too short to take things so darn seriously. Let’s loosen up and be happier!