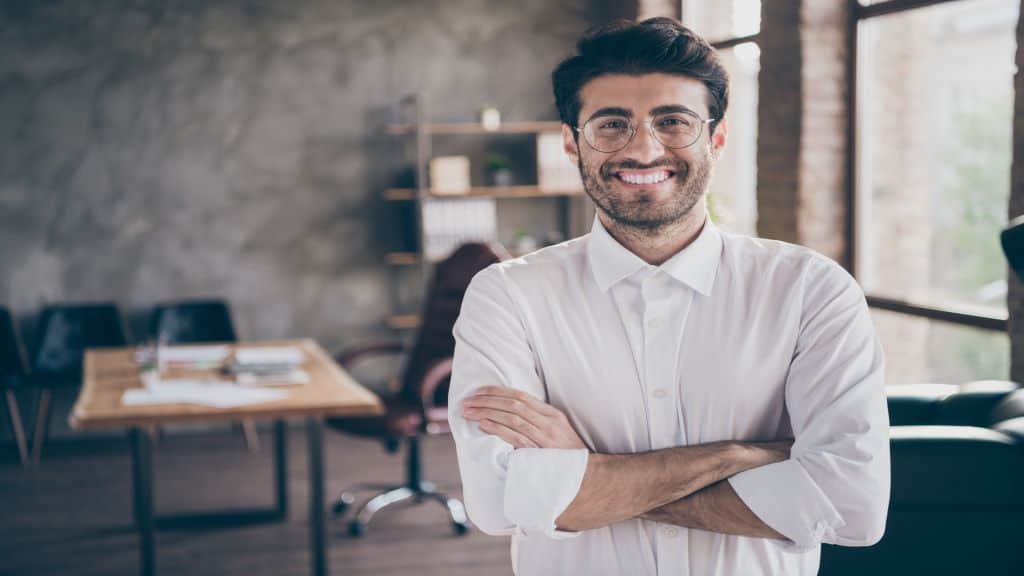 Let’s just get this out of the way quick: the words success and successful mean different things to different people.

Why do we mention this? Two reasons:

Now, there is nothing wrong with #2 in and of itself. It’s people’s identification and obsession with this perpetual dangling carrot that is the real problem.

This poisonous – and, quite frankly, nonsensical – conditioning has exacerbated the amount of stress and thus to spiraling numbers of illness and disease. All the while, they are creating a majority uber-materialistic subculture that can’t stand to look away from their smartphone for more than two minutes.

The term – at least for this article – takes on a much more holistic meaning.

The definition of success as meant is this article reflects that of the Greek word eudemonia. Individual happiness, well-being – a life well-lived, typified through the exercise of moral virtual, practical wisdom, and rationality.

Thank you, Aristotle.  Moving on.

Successful people – in the way described above – demonstrate a skill that is universal within their ranks.

They master whatever it is that is their purpose. How? Read on.

“The latent power within us all…”

“Everyone holds his fortune in his own hands, like a sculptor the raw material he will fashion into a figure. But it’s the same with that type of artistic activity as with all others: We are merely born with the capability to do it. The skill to mold the material into what we want must be learned and attentively cultivated.”  ~ Johann Wolfgang Von Goethe, German writer, and Statesman (Source)

Perhaps we should also redefine the word “intelligence” as we use it here, as well.

An immeasurable intelligence we see in successful people

The type of knowledge that we speak of here is not measurable by an I.Q. test. Nor is it taught in any institution of learning beyond perhaps a passing mention in some obscure psychology course. Few people practice it, and even fewer try to cultivate it.

This innate and uniquely human power can only be described as focus and penetration—a state of supreme, sublime concentration.

A brightening of the mind that illuminates whatever it touches. Csikszentmihalyi calls it “flow,” athletes call it “being in the zone,” meditators call it samadhi.

It is both us and, at the same time, much more significant than us. It is the pinnacle of human potential.

Best of all, anyone can access it. Nobody is excluded, including you (yes, you!) reading this right now. Such a feeling of sublimity is readily available if we would just tap into it. When we do, we unleash the full power of our consciousness and intelligence.

Better, this power doesn’t feel forced; we needn’t strain or narrow our awareness. It feels just as natural as stepping outside and taking a pleasant, refreshing breath of fresh, crisp autumn air.

But tapping into it requires some discipline, not to mention a willingness to disregard and seal ourselves off somewhat from the demands of external influences. It means going beyond our fears, limitations, and self-constructed boundaries. Those annoying earworms that have been whispering nothing but self-defeating lies.

“[Mastery] is something we can all attain if we get rid of some misconceptions and gain clarity as to the required path.” ~ Robert Greene (Source)

Again, all (truly) successful people attain mastery in one particular area; ideally, this is their life’s purpose.

In his book “Mastery,” Robert Greene uses a commonly-experienced scenario to illustrate:

“…Let us say we are learning the piano. In the beginning, we are outsiders. [There’s often] an element of fear. Although we might enter these situations with excitement [then] we quickly realize how much work there is ahead of us.”

Let’s stop here because Green highlights a vital point; that is, after an initial spark of inspiration and excitement towards our new endeavor, “we quickly realize how much work there is ahead of us.”

Why is this important to successful people?

Because it’s at this juncture where so many of us quit, we’ll sabotage our success – and our potential life’s purpose – before we even begin.

“[I was] a very ordinary boy, rather below the common standard in intellect.” ~ Charles Darwin

The Father of evolutionary biology, Charles Darwin, had it tough from the outset. His dad, a wealthy British doctor, often lambasted the young man for failing to meet his expectations, telling him “You care for nothing but shooting, dogs, and rat-catching, and you will be a disgrace to yourself and all your family.”

Darwin wasn’t a good student and didn’t care about routine book-learning. To satisfy his father, Darwin graduated (though barely) from the University of Cambridge. Afterward, Darwin wanted nothing more than to dwell in the English countryside and forget about the future. (Who could blame him?)

It wasn’t until sometime later that Darwin, after years of copious notetaking and diligent study, collected indisputable evidence for evolution through natural selection.

Brian Richmond, a “curator of human origins” at New Your City’s American Museum of Natural History explains the theory: “All life on earth is connected and related to each other [via] modifications of populations by natural selection, where some traits were favored in an environment over others.”

These discoveries set in motion the eventual penning of “On the Origin of Species,” the most revered treatise on evolution since 1859.

So, Darwin nearly failed out of school only to become one of the greatest scientific minds in history? Yes.

How on Earth did he do that?

The short answer is: By pursuing his passion and devoting himself tirelessly to learning everything he could about it.

By mastering what he loved.

The Development of mastery – and the Inevitable Barriers

For as much as well all love stories of Genius, intelligence alone is not the critical determinant of success. It’s probably not even in the top three.

Instead, real success is achieved through the realization of one’s passion or desire, an opportunity to apply said passion, and, most critically, diligent application of the energy and focus that arises naturally by pursuing one’s passion.

This energy is pure and unadulterated power. It’s also your birthright. When this potent force arises, the ego-you – the one that imposes self-limiting beliefs on yourself – is rendered mute.

The real you – the selfless, transcendent, penetrating core of your being – are awakened and active. You laser-focus on the world and buzz with subtle excitement.

This power is felt. Oh boy, is it felt.

There’s an aliveness, a vibration. This awareness is real intelligence. This is who you were meant to be. And there is no stopping you.

But before you can reach this state, you’ve got to do some real work – discipline and effort are a must. Yet, even this work is undertaken with a sense of gladness. You now know where you’re going, which is more than most people can honestly say – and this fact is hugely empowering. The realization of mastery’s potential is the ultimate equalizer, and you’ll gratefully walk the path until it is attained.

This last section will recap some of the more critical points as well as layout the necessary framework for the achievement of mastery.

First, remember that mastery in your chosen field is also synonymous with self-mastery. The characteristics of one can not be separated from that of the other.

Second, the hallmark of mastery is concentrated energy. This energy is powerful and penetrating yet relaxed. It arises naturally out of the pursuit of a worthy ideal. We cannot force it or fake it. When it does appear, there’s no mistaking what it is.

Third, there will be challenges to mastery. Such problems may be external (e.g., environmental stress, naysayers, etc.) or internal (doubt, frustration, lethargy, etc.) Of these two categories, the challenges you’ll face internally are usually the hardest.

Final Thoughts: Joining the Ranks of Those Successful People

There are some basic, practical requirements for accessing this state:

The best news of all, and we’ll end on this:

Whenever you embrace all five pillars of mastery as well as other successful people, you’re the master of your fate. To your mastery!