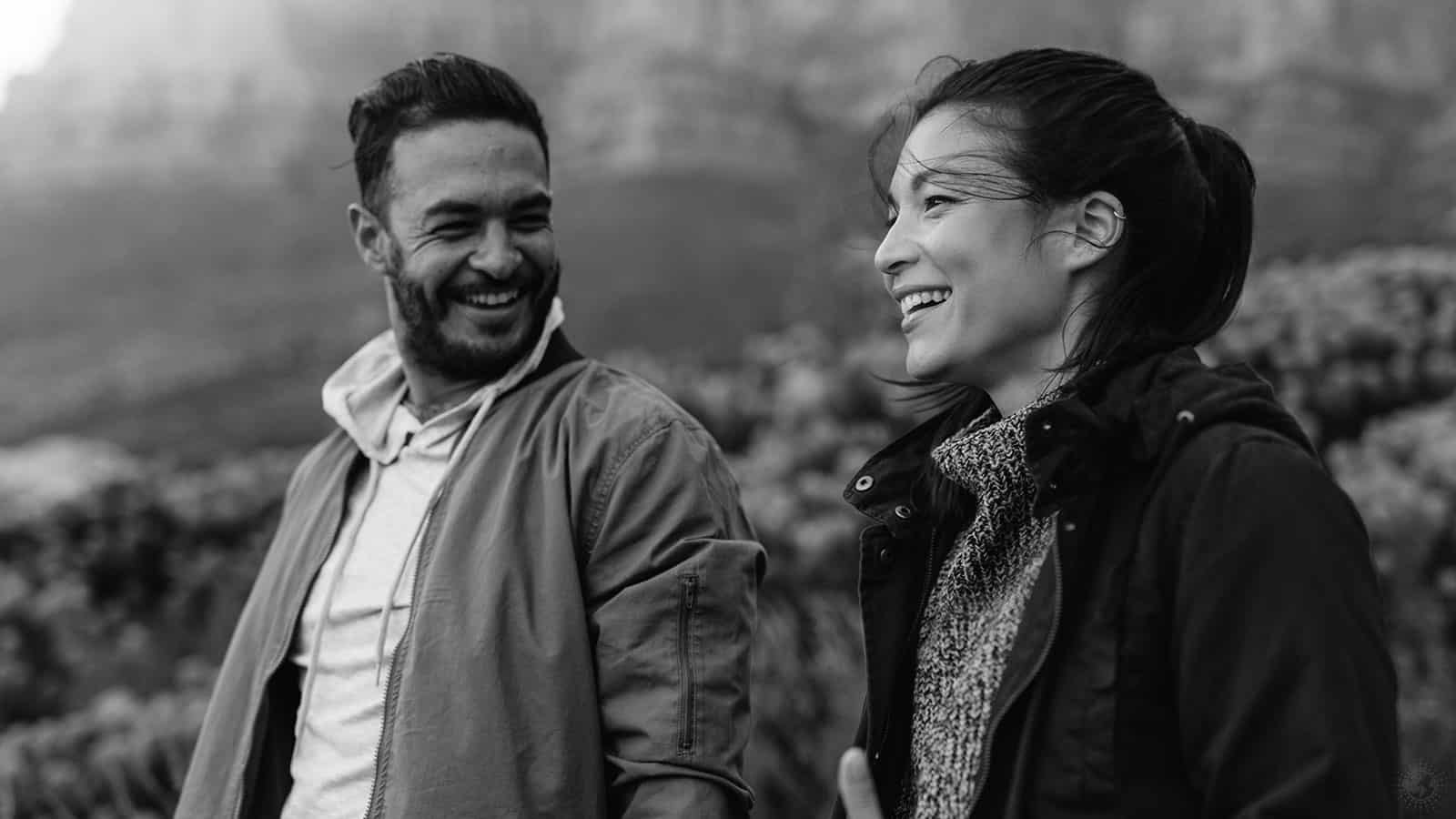 It’s an unfortunate fact that almost everyone has had a run-in with a narcissist before. They can come in the form of coworkers, toxic friends or family members, and even romantic partners.

Once you’re free from the grasp of a narcissist, everything they do seems very transparent to you. But you may notice that, to other people, that narcissist is accepted and even well-liked as everyone falls for their tricks.

But why does this happen? Why can’t anyone else see what they’re doing? And why are you coming out looking like the bad guy?  It’s a frustrating situation. This is how narcissists get away with everything and convince people their intentions are good.

Narcissists aren’t going around showing off how cruel they can be. No, they’re carefully cultivating their appearance to appear the least imposing and the most likable! When someone seems so friendly, how could anyone think negatively of them? Here are some examples of how this happens:

Narcissists are often charismatic and are huge proponents of the halo effect in psychology. This effect refers to how a particular positive impression in only one area drives positive feelings in other ones. For example, you are likely to think well of someone you consider attractive, or of someone who is in a high position at work.

Narcissists are very good at making you feel like you can trust them. This is part of their charismatic nature – they say all the right things and, in the event of a conflict, make you want to be on their side. They’re experts at playing the victim, too, so you’d believe their intentions are pure always.

In some cases, deflecting blame is obvious, but narcissists can be good at subtly shifting burden to someone else. They can even find a way to take responsibility in such a way that no one assigns it to them anyway! When someone has never been in the wrong, it’s quite easy to trust them.

Narcissists often are happier, with more positive thinking and a decreased risk of depression, anxiety, and even stress. When you see a happy person, they bring cheer to a room and make it challenging to think badly of them.

Many narcissists are successful – both through their own merit and by climbing the social ladder with their manipulation and sneaky cleverness. When someone is successful, it is difficult to think of them as bad – and even if you do have negative opinions of them, they are likely to have power due to the success that makes it difficult to speak against them.

In a situation where conflict arises between a narcissist and their victim, the victim is likely to feel emotionally volatile, leading to outbursts and highly strung emotions. Meanwhile, a narcissist can be detached and calm, making them look like the reasonable ones, and their victims look crazy.

A narcissist will lie, cheat, steal, and do absolutely anything to make themselves look like they’re in the right. Most people wouldn’t go to such ridiculous extents, and as such, we are likely to believe a narcissist who puts on a good show and performs a good magic trick.

2 – They Control The People They’re Close To

If a narcissist is surrounded by close “friends” and family who always seem to think well of them, it’s difficult not to consider them good people. You’ll hear stories of how wonderful they are, and things will look picture-perfect in many cases. How could you not find their intentions positive? Here are some ways narcissists control others:

When a narcissist first encounters someone new, they already classify them: are they a target or not? Are they a threat to stay away from, someone not to bother trying tricks on, or a potential victim?

Narcissists often work to isolate their close friends or romantic partners. They may become controlling under the guise of caring for the people around them. They may drop hints that their partner’s friends are bad for them, act upset when their close friends choose to hang out with other people, or tell those in their life that they know what’s best for them. When you’re isolated, you’re more susceptible to believing what someone says.

Gaslighting is the act of making others question their reality. Narcissists may imply that the people close to them are crazy or over-emotional. They may tell convincing lies in their favor in such subtle ways that the people around them question their memories. Gaslighting is a horrific form of manipulative abuse and can cause massive damage to someone’s self-confidence and psyche.

3 – They Prey On The Goodness Of Human Nature

A lot of people will complain about human nature being harmful, but the fact is that we’re not giving ourselves enough credit. With positive thinking, you’ll soon realize that a lot of humans are driven to be good, only doing otherwise while feeling a lot of guilt, or after going through times that have hardened them. Here are some examples of this:

Society functions on the idea that others are good. We naturally believe what others say unless they give us a good reason not to, and we feel driven to help others often. When you meet a narcissist, you are likely to think of them as good until they prove otherwise.

Once again, society requires that we cooperate with each other. Without cooperation, society cannot be functioned. It has been hardwired into our psychology to trust others to work with us, so you wouldn’t naturally assume that a narcissist isn’t going to or didn’t try to cooperate.

An ordinary person is usually an empathetic one. They can relate to or at least comprehend other people’s pain and feelings. A narcissist can prey on these tendencies, making themselves look like victims or like they’re having a tough time. This causes others to feel bad for them.

On a rare occasion that a narcissist does get caught, they can act very sad, sorry, and repentant, and it’s in most people’s hearts to allow for second chances. They’ll forgive and forget, and the narcissist gets to continue their actions.

We hear the word “narcissist” being thrown around a lot in everyday life, and along with that comes a lot of stereotypes. A lack of education on the disorder has led to a lot of people misunderstanding what narcissism is, leading to only more confusion that lets clever narcissists get away with their wrongs. Here are some things you should know:

NPD is one of the few cluster B personality disorders, and people with it are often demonized by everyone else. However, people with NPD faced severe trauma that caused them to develop the disorder, and many of them are receiving treatment for it. Just because someone has NPD, it does not mean they are a terrible person.

Between 0.5% to 1% of the population receives a positive diagnosis of NPD. This means it’s by no means a common disorder, but it’s more common than you think! For every two hundred people in the world, one of them has NPD.

Selfish people are ordinary in the world we live in, but they are not necessarily narcissists in the medical sense. It’s important to note that people can have bad traits without them being tied to a mental health condition. Some people are just mean!

While narcissists may fall into patterns of abusing those in their life, not all abusers are narcissists. Some people are just abusers. Mental health conditions can increase someone’s chance of being toxic, but people can also simply be toxic without them.

A lot of people think that they’d be able to immediately tell when a narcissist has honed in on them – but in all likelihood, you wouldn’t. At least, not unless you’ve had extensive experience with one. Narcissists are intelligent and are rarely apparent about their intentions!

The more controversy surrounds NPD, the less likely those who believe they have it will seek help. Mental health professionals themselves may also turn away people who are concerned about NPD. As a result, this leads to fewer diagnoses and less available treatment. In turn, untreated NPD can then manifest negatively and result in harm to others.

It can be painful and anger-inducing to watch a narcissist get away with everything they do. Worse still, when you try to speak out against them, everyone may be on their side. Unfortunately, all you can really do is protect yourself and stand up for others who come forward with complaints.

By understanding the way narcissists operate, not only can you protect yourself from becoming one of their victims, but you can also be prepared to catch signs of narcissism in others. While not all those who display narcissistic traits are bad people, it’s usually better to be safe than sorry.

IcetruckApril 2, 2020
Like story:
tweet
8 Differences Between a Soulmate and a Life Partner
10 Ways To Capture Someone’s Attention (In 30 Seconds Or Less)