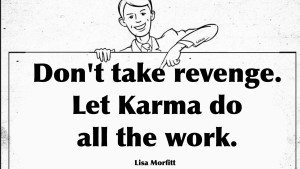 There’s not a person alive who is not guilty of at least one little white lie in their life. While constant deceit is a character flaw, in some instances, it’s socially acceptable to fib. However, what about significant dishonesty in a relationship?

Someone who continually tells untrue things is not trustworthy, and do you want to be in a relationship with that person? Those who deal with this person daily may have a hard time separating the fibs from the facts. Even worse is being in a relationship with an individual who lies to you and can’t be honest about anything as pathological liars don’t make suitable partners.

How do you know that your spouse isn’t truthful with you? If they don’t feel guilty and can quickly tell you any story that they can dream up, it may be hard to know if they’re honest or deceptive. Thankfully, here are ten signs that will help you determine if your partner is being trustworthy or making up stories.

1. They Put the Blame on Others

It’s a natural defense mechanism to blame someone else when you’re dishonest or caught doing something wrong. Anyone can be testy or even arrogant when confronted, but if you notice that they throw the question back on you or want to blame everyone under the sun, then it’s clear that this is a guilty move.

The goal is for them to keep you on the defensive so that it shifts the responsibility from them. This move helps to ease a guilty conscience. It’s childlike to point the finger at everyone else, especially when there are always for pointing right back at them.

2. Liars Have an Answer for Everything

If you’ve watched any crime investigation television, then you know that people who are in trouble often collaborate to cover themselves. When you ask your partner if they’re lying, do they have an answer for everything when you confront them?

When they quickly have an explanation for every little inquiry, then it’s possible they took the time to get their story together. Don’t be shocked if they ask you to call a buddy or even a relative to back up their claims. The more people they have on their side, the easier it is for you to ease your suspicions.

3. Lying is Not a big deal to Them

If you’re trying to decide if your partner is dishonest, you can use their character to help you. Have they lied to you before? Have they cheated, spent money frivolously, or done other things that they’ve tried to hide from you in the past?

Some people have no problem lying about anything and everything. Your partner may justify his actions because they state that they don’t want to hurt you. Remember one thing, when someone lies about the small stuff. Then they will have no problem fibbing about the big stuff too.

Often, the lies are to ease their guilty conscience and to make you feel good about the situation. If they are dishonest about essential things, staying in the relationship can be challenging as all excellent unions are built on trust.

4. They Repeat the Same Story Over and Over

Do you notice that your partner keeps repeating the same story time and again? If the tale they tell is the truth, then there’s no need to keep repeating it. Who are they trying to convince here, themselves, or you?

The book “Woman Are Crazy; Men Are Stupid” clearly defines the gender roles taken in disagreements. One detailed finding is that men tend to repeat the same story when it’s a lie. It’s a little mechanism in their brain that tells them that the more they say it, the more accurate the statement becomes.

It’s normal to be defensive when you’re being accused of something. However, if you find that your partner becomes fidgety and won’t look you in the eye, then there’s something that isn’t adding up. Eye contact is imperative when you’re having a serious conversation.

The chances are that a person who becomes defensive is not truthful and is guilty as sin. They may get angry, start yelling, calling names, or go crazy when someone accused them of something. Remember, the best defense in life is a potent offense, and this tactic is all smoke and mirrors.

Let’s assume that you think your partner is cheating on you. They will cover their tracks to keep from getting caught. They may put a lock on their phone that won’t allow you to see calls and text messages, or they can change passwords on accounts that you share.

They say that silence is golden, but that’s not when a partner is keeping something from their other half. Some people may get defensive when they’re guilty of wrongdoing, but others become noticeably quiet. Have you noticed that your special someone is not acting like their usual self lately?

What you can’t see is an internal struggle that they’re not telling you anything about. They may refrain from speaking because they don’t know what to say. They figure that the least said is best answered.

You may notice that they avoid coming around you too. They may work late to keep from coming home and having to face you. Avoidance is a strong indication that something isn’t right.

Also, you may notice them taking their phone calls in the other room or silencing a ringtone. They don’t want to talk in front of you, so they will take their conversations outside or avoid them when they are in your presence.

8. The Details Don’t Add Up

When someone is guilty of wrongdoing, then they often forget what they’ve told you. They may change details in their story because it’s difficult for them to keep it straight. When a person tells more than one lie, then the chances of them keeping all the lies in order is next to impossible.

Since keeping it straight is hard, many won’t speak at all. However, when you do get them to talk, the details may not add up. You may notice that the name of friends, locations, or places change from the story.

Even if you comfort them at this point, they will still lie to you. You need hard evidence before you can prove that they’re deceitful.

9. He Won’t Talk About Anything Too Deep or Personal

This tip is for someone who is new in a relationship or just getting to know someone. If your dating interest wants to pursue a relationship with you, they will want to learn everything they can about your life and vice versa.

If a person thinks that you’re getting too personal and wants to back off the conversation about past loves, family, or other matters, then it’s a red flag. They may have a guilty conscience of things they’ve done in the past, and they don’t want to share these things with you.

A proper person will answer your questions in-depth, especially if they want to know you better. If they avoid your queries and change the subject, then it’s a sign that they have something to hide.

10. Your Gut Tells You That Something is Off

Lastly, you should use your intuitive side to find out if your partner is guilty. It’s a feeling that you get in the pit of your stomach that something isn’t quite right. You have these knots for a reason, and you should trust your gut.

Did you know that most people know that they’re being lied to long before they admit it? It’s normal for people to delay actions on their intuition. Individuals tolerate a lot of excuses before they finally take action. You can end the torture by just going with that gut instinct and using old fashioned confrontation.

Final Thoughts of Dealing with a Partner Guilty of Lying

Matters of the heart are often involved. If you find the right person, you won’t have all these questions and doubts about their honesty. However, just because the individual you begin dating starts out good doesn’t mean that the relationship won’t have its share of ups and downs.

Develop excellent communication skills from the beginning and learn that there should never be any secrets between the two of you. If they have done something wrong, they should be man or woman enough to come to your face and tell you what’s going on. Any relationship built on dishonestly is toxic and won’t last.

IcetruckJuly 20, 2020
Like story:
tweet
Psychology Proves a Link Between Self Esteem and Father Daughter Bonds
Psychology Explains Why It’s Hard to Admit When You Are Wrong 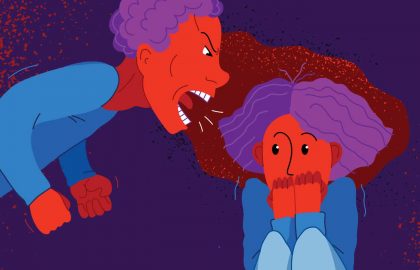 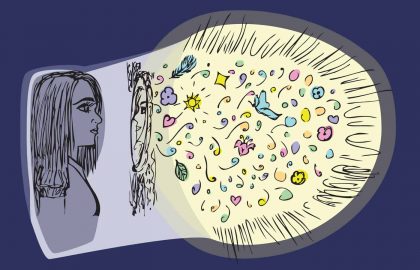 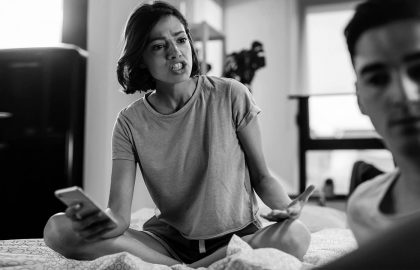