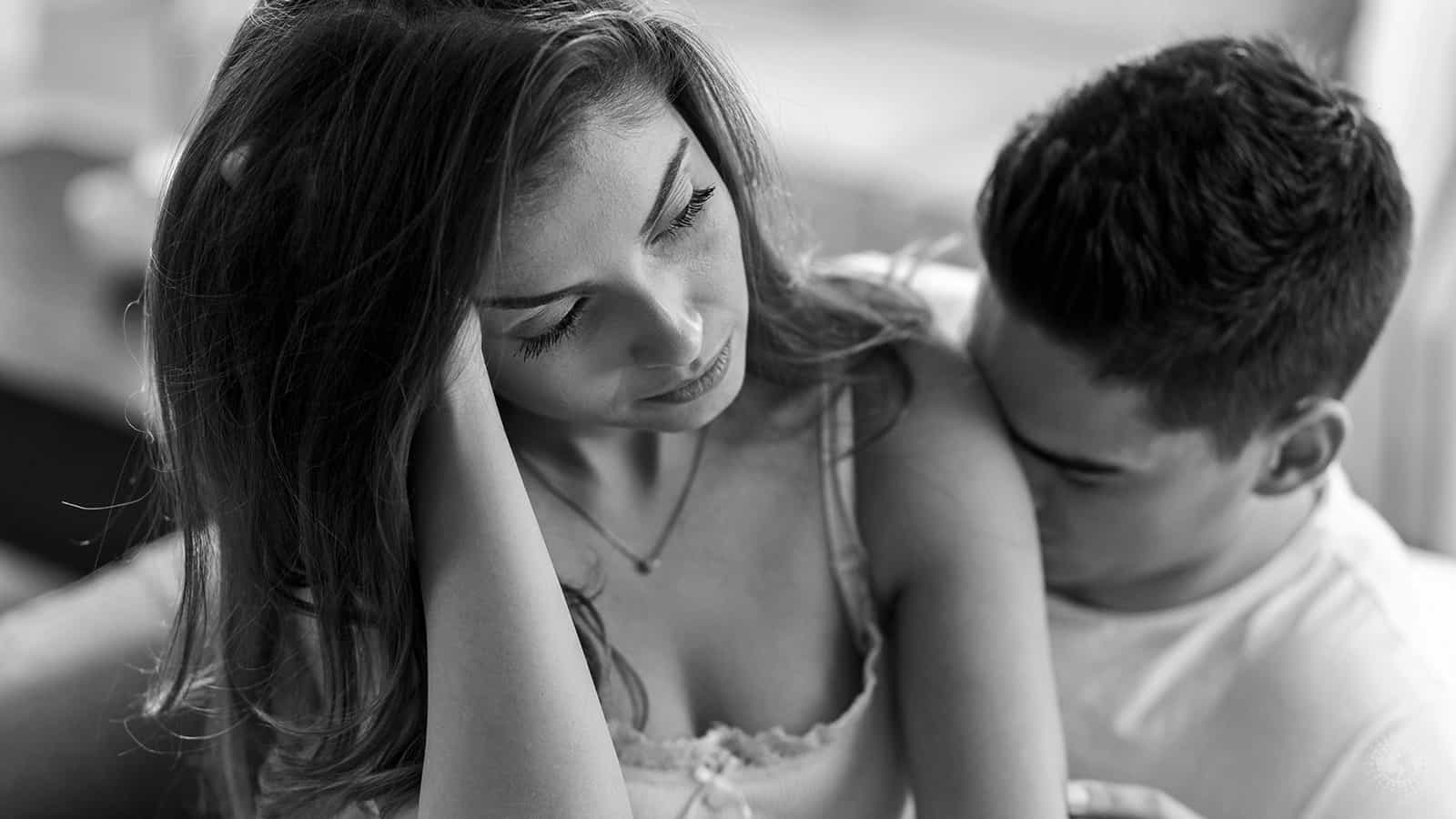 Two of the most difficult words to say are “I’m sorry.” Why is it so hard for some people to admit when they’re wrong? Giving an apology is good for the soul. It’s a way for you to get the forgiveness you need and move forward in your relationship. It takes something negative and brings it into a positive light.

You’re human, and when a situation becomes intense, it’s reasonable to say and do things that you don’t really mean. You say something in the heat of the moment that you wouldn’t usually say. Sadly, you hurt others either by accident or intentionally. Thankfully, you come to your senses and realize that you must say you’re sorry for the pain that you have caused someone.

You Must Be Regretful for Your Actions

How often have you heard a mother of father tell a child to apologize when they’ve done something wrong? The child grumbles out a halfhearted, “I’m sorry,” even though they didn’t mean a word of it. These kinds of apologies won’t work for an adult.

People want to see that you regret your actions and that you can move past this moment and onto greener pastures. The goal is to restore trust and not make this person an enemy. You need to offer an apology that is not only restorative but sincere. How can you accomplish this and not come off as that child who is being forced into this situation?

Some People Aren’t Ready to Forgive

When someone is hurt, their anger takes over, and their thoughts become irrational. Think of it the same way that your anger clouded your judgment, and you said and did things that got you into this predicament in the first place. The individual you hurt might not be so eager to forgive or even hear your apology.

You learned from a child that you need to apologize, but just because you know that you’re doing the right thing doesn’t make it easier. The person you offended could be angry and may harbor resentment against you, so they may not be ready to hear what you have to say.

Since you’ve overstepped your bounds, they may wonder if what you’re saying is even the truth. They may doubt your apology and your sincerity. The key element to genuinely extending or accepting an apology is purpose.

Some may find it hard to forgive you based on what was done, and even if they do exonerate you, they won’t forget the action. You may not deserve forgiveness, but it doesn’t mean that you shouldn’t do the right thing.

Apologizing Releases the Burden from You

Apologizing to someone releases the pain and burden from you and puts the ball in their court. If they refuse forgiveness, then it will hurt them in the long run? You did your part to release the burden of guilt from your shoulders.

If they don’t forgive you, then they allow a black cloud to hang over them. Unforgiveness is like looking through dark glasses filled with anger and bitterness. If you’re the one who needs to apologize, don’t let your pride stand in your way.

You need to right the wrong that was done as it speaks highly of your character. Did you know that there are seven tips that can help you apologize and with sincerity? Here are e, according to relationship experts.

1. Get an Approval Before You Apologize

It may sound silly to ask someone’s permission to seek forgiveness, but it’s the right thing to do. The person you wronged may not want to hear you saying I’m sorry, and they may not be at the place to move on. Some people need time and space to cool off.

You really must factor in what was done and the person who you wronged. Some people are eager to accept forgiveness and move past the deed, but others can hold grudges for years. Essentially, timing is everything. The goal is to make sure that the person you apologize to is at the place to receive it.

2. Show Sincerity That You Hurt Them

Part of asking for forgiveness is recognizing what you did was wrong and being regretful for your actions. You want to convey that you wish you could take back what you said or did to hurt them.

Try not to say use the word “if” in the apology. When you sound unsure whether you hurt them or not, then you leave things open to interpretation. You don’t want to shift any blame to the other person, but you should take responsibility for your actions in full.

Once you’ve crossed a line, it’s not always easy to go backward. For instance, if you had an affair, there’s really is no way to go back and change what you did. The only way you can move is forward.

You can explain your actions, but even if you do everything that you can to make it right, it may not be enough. Speak your peace and let the other party choose the outcome.

Let’s assume that you forgot to report tips at work, and your boss caught you. You can ask for forgiveness for your wrongdoing, but he still must fire you for theft. It doesn’t mean that you still don’t owe him an apology.

If they don’t forgive you, then it’s on them. You may be remorseful for your actions, but sometimes the deed is so severe that there is no way to recover from it. Still, it’s always a good character to make a sincere apology.

4. Make Sure They Know You Won’t Do This Again

In the scenario where you’re in trouble at work, part of reconciling with your boss is to let him know that you will never fail to report your tips again. The boss may show you mercy because you were sincere, or they may stick to company policy.

Your attitude can help predict the outcome. The person you apologize to can feel your sincerely, and your demeanor may choose whether they forgive you or not. Keep in mind that forgiveness doesn’t always mean there are no consequences for your actions.

If you apologize to a judge for going 25 miles per hour over the speed limit, he will probably still punish you. However, he may go lighter on you in the hopes that you learned your lesson and won’t do it again.

5. Give a Formal Invitation to Ask for Forgiveness

When asking for forgiveness, you must say the words “My friend, I am so sorry for what I have done. Will you please forgive me?” You may say a lot of other things as you apologize.

The most important thing is asking for their forgiveness. Don’t just assume they will extend the olive branch to you, ask, and make sure that you settle this matter.

While your words are fitly spoken when you’ve hurt someone, you need to follow up your meeting with a consolation gift. You should send something that shows this person that you meant what you said. Things you could send include a card, flowers, email, or a special “just because” gift.

While you don’t have to spend any money or do another thing, it once again shows your sincerity and devotion to making a change. The gesture serves as a promissory note that you won’t make the same mistake twice.

7. Move on From the Past

If you have apologized for your actions and this individual has forgiven you, then it’s time to move on. Don’t dwell in the past as it can dictate your future. For instance, if you lied to your spouse and got caught, they can’t continually throw this up in your face.

When you have asked forgiveness, if they accept, then they must genuinely forgive. While forgiveness doesn’t mean forgetting, it does mean moving on from this event. It’s never fun to be with someone who is continuously bringing up all your wrongdoings in an argument. They may have said that they forgave you, but their actions speak so much louder than their words.

Don’t expect things to get right back to normal. In many instances, it takes time to heal the issues even though they did accept your act of contrition. If done correctly, this event can allow your relationship to grow.

When you weather a few storms, you will have to apologize for anything you’ve done wrong. These life lessons cause you to have a deeper level of respect for people. You can truly show how much you care for someone by your willingness to make things right.

Just remember that you must stick to the facts and never make excuses for your actions. The goal of apologizing is to get forgiveness and not prove your case.

You will make many apologies in life, but with each one counts as a lesson learned about how you should act and treat people. Saying I’m sorry should come naturally if you live with integrity. 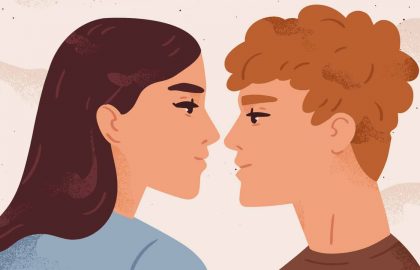 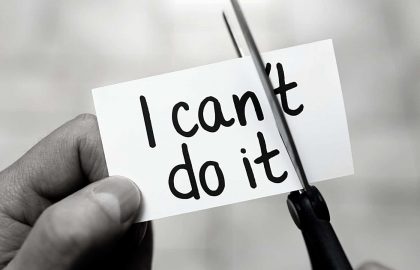 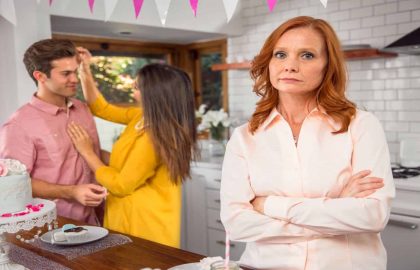 Family Therapist Explains 10 Ways to Win Over Your In-Laws 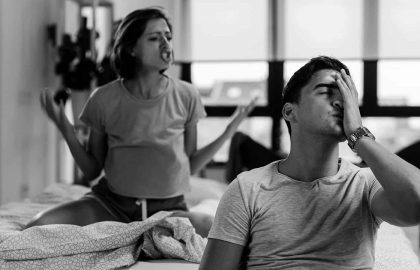 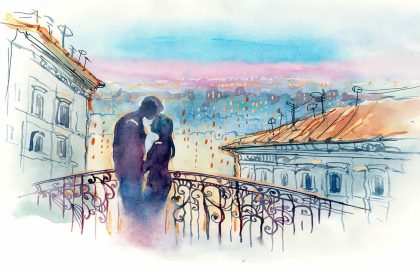