15 Signs You Have a Not So Secret Admirer 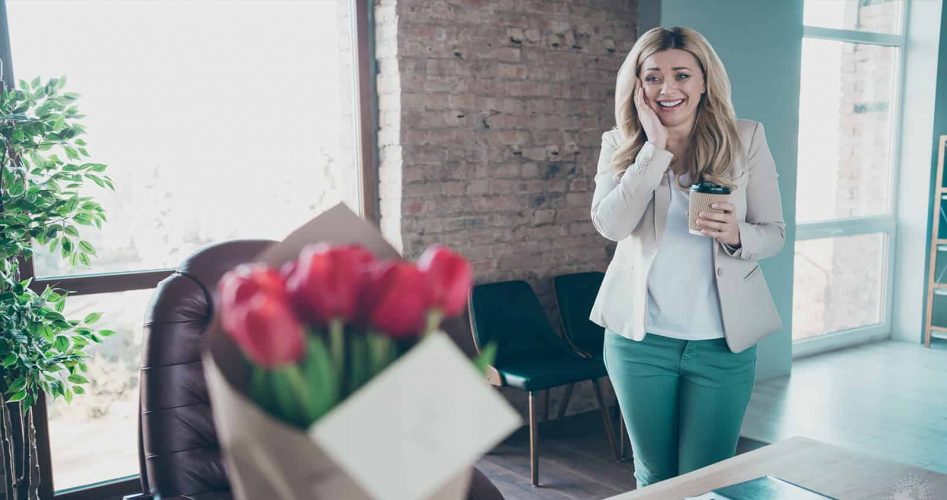 Sometimes it’s difficult to tell if someone is a secret admirer or if they’re just an amicable person. It would be embarrassing to assume someone is interested in you only to find out that’s how they treat everybody. But usually, there are telltale signs that someone has a crush on you. Actually, they’re relatively predictable signs.

15 signs that you have a not so secret admirer

Unclear on whether someone is casually glancing or crushing on you? Here is how you can tell.

1. Constantly looking at you

The person who admires you will watch you every time you walk into the room. They may smile or try to catch your eye. They’ll attempt to say hello as you walk by their desk. During the day, when you look up from your computer, you’ll notice they’re staring at you.

They may smile again or nod their head. It’s all a ploy to get your attention. They want but don’t want you to realize they’re interested. It’s the beginning of a cat-and-mouse game that not so secret admirers like to play.

Your secret admirer may act nervous around you, fumbling with papers, or repeatedly dropping their cellphone when they’re talking to you. Or they may show their nervousness around you by non-stop talking.  Secret admirers aren’t always good at hiding their adoration and love. To impress you, they may become a bundle of nerves resulting in clumsiness or over talkativeness.

It’s painful to watch a poor guy bumble his way through a conversation. Some guys try to impress by acting super cool and funny. This may be effective to get your interest and make you laugh. This makes a secret admirer happy because they feel you noticed them.

You may find funny little notes on your desk with funny sayings or pictures referring to things you’ve said or things that happened in the office. Or you may find a little note stuck to your car windshield at the end of the workday. These notes may look like a second grader wrote them or typed officially. The notes may be funny or silly, cute, or sweet, anything to get your attention.

The notes probably won’t contain hearts unless your secret admirer is getting bold. But if it’s around Valentine’s Day, you may receive a card with hearts and references to being in love with you. It’s best to enjoy the attention, but not make any judgments yet until you’re sure you know who your admirer. You may not have to wait long; Valentine’s Day has a way of pushing a secret admirer into action.

When you have a secret admirer, little gifts may suddenly show up on your desk or at your front door. You may receive your favorite hot drink, your favorite kombucha drink, or a bouquet. Your co-workers will be curious. They may smile and roll their eyes when you tell them you don’t know who sent these gifts. It’s best to downplay the whole thing and tell everyone your mom is going over the top for your birthday this year…months ahead of time.

Your secret admirer will invite you for a drink with a big group of co-workers at a nearby bar. They may ask you to join the office baseball team or a bowling team. They’ll go out of their way to include you in office or church activities. They want to be with you, but so they include you in lots of group activities. This way, they can still admire you without revealing their fondness for you.

Secret admirers are often compared to a lovesick puppy. They’ll have an enormous smile plastered across their face. They’ll smile at you and at everything you say. They are over the top infatuated with you, and it shows on their face. It may be challenging to know if you’re the reason for the smile, but a good chance their smile will grow more glowing when you’re around. If you talk to them, their smile will be radiant, and you may wonder if their face will break from all the stretching from their big smile.

They’re looking for acceptance and an affirmation that you are interested in them. They may tell you about their great aunt’s fascinating shark tooth collection or how they got to shake hands with Elon Musk. It should dawn on you by now that this person is interested in you.

Your not so secret admirer will suddenly show up at your local grocery store, even though you’ve never seen them at this store before.

They’ll pretend to run into you and mention they shop for organic foods. Or you’ll stop by your favorite coffee shop on Saturday morning, and there is your secret admirer sitting at an outside table. He’ll smile and wave as if he’s surprised to see you then ask you nonchalantly what you’re doing over the weekend.

You may feel this person is stalking you, so trust your gut.  If you feel unsafe, stop going to your regular stores for a bit. Alert your friends and family members about this person and ask them not to give out your information to anyone. If things get worse, call the police or go stay with friends for a few weeks to figure out what to do.

But if this person isn’t stalking you, but just a sweet guy who’s afraid to come forward to ask you out, maybe you should take the first step and ask him to have coffee with you.

A secret admirer remembers everything you say. They’ll ask you how your dog is doing after her surgery because they heard you mention your dog was having surgery at lunch with your co-workers the day before yesterday. They are into details about you and your life. If you don’t like it, don’t talk about personal things in a group setting and tell your friends not to tell the admirer stuff about you. Friends like to arrange romantic relationships, so tell your friends to back off and give you some space.

Not only will your secret admirer follow you on all your social media sites, but they will like everything you post. They’ll be the first ones to like your posts, adding cute smiley faces or thumbs up. They’ll agree with you or add a few thoughts hoping to get a conversation going with you on the internet. They just can’t help themselves.

If you’re out with a group of co-workers or friends, your admirer will secretly buy you a drink. He’ll tell the server to deliver it to you. It’s fun for him to watch your reaction when the server hands you a free drink. Quickly look around to see who’s watching you. If someone catches your eyes and smiles, good chance, he’s your secret admirer.

It’s no secret that your admirer wants a relationship with you. He wants you to know he finds you attractive. In conversations, he will agree with everything you say. He’ll be your biggest cheerleader at work or church, commending your intelligence and ability to solve problems. It may be reasonably obvious he’s your secret admirer since he’s the guy jumping up and down every time you say something. Of course, your friends will ask what’s going on, but you can pretend not to know until you decide if you are as interested in this guy as he seems to be in you.

Sometimes the easiest way to know someone likes you is to see if they tease you. Teasing is a roundabout way of flirting. It’s showing interest playfully without coming out and saying it. If one guy is teasing you all the time, maybe he’s too shy to ask you out. Go along with it and tease him back if you’re interested.

Secret admirers aren’t always discreet. Your secret admirer will suddenly pull you into conversations at work to get your opinion or ideas on things. They will love your ideas and suggest to the group to use your ideas. They’ll stop by your desk to ask you a project related question. You’ll suddenly be their go-to person on work issues, tech issues, or if they want to gossip about the boss.

Your other co-workers may roll their eyes and tell you this person has a crush on you. It’s probably worth listening to your co-workers’ observations since they’re watching the whole thing unfold. You could corner your secret admirer and ask them why they’re suddenly interested in you. Or, you could wait for one more sign that they’re a secret admirer.

Your secret admirer will be immensely curious about you. They’ll pepper you with questions until you’re exhausted answering them. They ask you things along these lines:

Final Thoughts on Understanding Your Not So Secret Admirer

If you haven’t figured out who your secret admirer is when they ask you these questions, it should be the most significant sign that this is the person. Only a secret admirer or your mother shows this amount of interest in you.

The best thing to do at this point is to ask the person why they’re so interested in you. Hopefully, they’ll admit they’re fascinated with you and want a relationship.  If the feeling is mutual, you can invite them out for dinner to your favorite restaurant since they know already know what it is.