Therapists Explain Why People Reveal Their True Colors in a Breakup 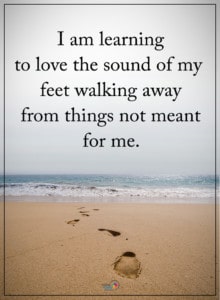 The Science of The Impact Of Personality In Breakups

A study in the Personality and Social Psychology Bulletin explained how people handle romantic rejection. People reported how the view of themselves changed when their partner broke up the relationship. This research showed how people see themselves after a breakup, which has a direct impact on how they can get on with life.

The true personalities of each partner come through in breakups because these traits are part of the people. Personality traits have a big role in breakups because many people cannot move on for a very long time. They feel haunted and feel as if they did something “wrong.” Being rejected boosts their personality flaws because it brings them to the surface. Many people find their true self must be wrong.

Testing a Relationship Brings Out The Worst In People

When people test their relationships, it’s the time many of them show their true colors. Breaking up is one of the hardest things for many people. It means something went wrong. Many people feel at this time that they’re not enough. When they’re put in the fire, those true colors shine in the light.

They’ve never had to show these colors before because they weren’t at this level of testing. Many people have a fight or flight mentality when it comes to tough times. A side of them comes out that might scare you, or might even surprise you. Even good people will let the worst in them come out when facing a tough time like a breakup.

As a relationship ends, some people exhibit negative behavior. They’ve been used to bottling their emotions, but their negative feelings are bubbling over, showing how they feel. Showing these negative behaviors to the partner reveals those emotions coming to the surface. The partner may have never seen this side before. The petty fights finally have a breaking point.

Perhaps the biggest issue here is that those negative feelings when breaking up are how you felt for a long time. These feelings were just hidden until you felt the need to show them. Bringing up these things you dislike about one another won’t change anything anyway. It’ll just make the other person resentful that you never loved their true self.

Dealing With A Narcissist

One of the biggest disappointments to many people when breaking up is finding out you’re dealing with a narcissist. You see the true colors of a person that reveal they’re into everything for themselves.

Your personalities just don’t align because they have no empathy, and they blame everything on you. If you never saw this behavior before, it is because a narcissist is great at luring you in for their good. They tell you what you want to hear.

Everything usually seems great until you hit a pothole. Once you hit trouble, these people show their other face. They only see things in black or white, so it’s either good or bad with them. They think if you aren’t on their side, you’re just wrong.

Thus, they feel if you’re the one leaving the relationship, you’re making the wrong decision because they’re the best thing since sliced bread. The truth is that there might not be anything wrong with you, but it’s all rooted in their personality.

The Mask Comes Off and True Colors Reveal Themselves

Sometimes people show the negative aspects of their personality because they got what they wanted out of the relationship. They don’t need you anymore, so they don’t have to hide their identity. The mask they wore during your relationship doesn’t serve a purpose anymore. They’re able to reveal their face. This face might not be anything like the mask. They don’t care because they’re done with you.

It’s a sad but true part of many relationships. During a relationship, that mask is there to fulfill their happiness. Once it’s over, why would they need it? It’s time to create a new mask for the next relationship.

The Pressure of a Breakup

When you’re going through a breakup, you often feel frayed. It’s as if the pressure of your changing relationship status might make you explode. If someone’s personality is negative, that explosion won’t be pretty. When things are happy and quiet, that pressure is chill. When things start to explode, the volcanic ash can be fiery. Pressure makes it almost impossible to wear a mask. Pressure doesn’t make a person the way they are.

This feeling of pressure just reveals this person’s personality. They collapse under the weight of all of the issues. One cannot hide who they are in pressure. It builds inside them until they have to let it all out in some way.

Even if a relationship lasted years and years under a mask, this pretending could not last forever. Sometimes a partner can “trick” the other for years. They show their best self. They say what the other wants to hear. And they might even do what the other person wants. Everything is perfect until the world starts to break.

This person has practiced being the person behind their mask for a long time. This pretending just cannot last forever. The work behind it gets exhausting. They start to crack as the world shakes. In truth, the partner probably saw these little cracks start popping up along the way. These cracks start to look like the world after an earthquake when you breakup. This is because pretending now has now fallen to the wayside. It has nothing to stand on, so it’s thrown to the side.

During a breakup, many people try to control and manipulate the other person. Controlling and manipulative behavior comes to the surface because many people feel like they’re falling without a parachute. They’re fearful, so they pull out any stops.

This type of manipulation can be emotionally abusive to the other person. All relationship tools of compromise are suddenly thrown out the window because they feel threatened. This behavior type is hard to change. People have this rooted in their personalities. It can even get worse if you’re going through a breakup where you have to divide things and make big decisions.

It’s Not Your Job To Fix Your Ex-partner

When your former partner shows their personality, don’t try to fix them. When they walk away showing off the worst parts about themselves, it isn’t your job to help them find their way back. They show themselves because they are scared.

They’re in a corner, they’re upset, and they want out. Your ex wants happiness, so they’ll do anything to get it. This desire could mean hurting you with unkind words or behaviors. Know that it isn’t your job to fix these things. You can’t fix who they are. It was never your fault that they wore a mask.

Don’t Become Uncomfortable In Your Skin

Sometimes you don’t see the personality of your partner until it’s too late because they simply aren’t being who they are. Some people are just afraid of being your true self, which is a bad thing in a relationship.

When you’re uncomfortable in your skin with another person, the relationship is built on a lie. Once you hit waves, those true colors splash out of the relationship boat. If someone doesn’t love those colors, they aren’t worth it. It’s not worth it to be someone else for years in a relationship. It’s exhausting for most people to try to please the other person by putting on a facade.

Final Thoughts about Someone Revealing Their True Colors During a Breakup

Sometimes after breaking up, you try to see through the negative behavior to who the person was during the relationship. You try to justify their actions. The truth of the matter is that you have to believe this person when they take off their mask. When they reveal their true selves, believe them. Don’t go back to the good times. These times weren’t real.

When this person was kind to you, yet they were only doing it for their good, it was never truthful. Many people want to believe in the good. Once someone shows you who they are on the inside, don’t go back. It will only hurt you in the end.

Overall, people reveal their true colors during a breakup because everything is stripped away. You might feel as if you lost all of the bright, happy times. But it is up to you to paint a new picture of the future that looks happy and bright.

But always remember–breaking up is a type of loss.

People have their ways of dealing with loss and grief. It’s impossible to change them, so it’s best to move on without them. If you don’t know the true colors of a person from the beginning, it’s only going to end in a storm.