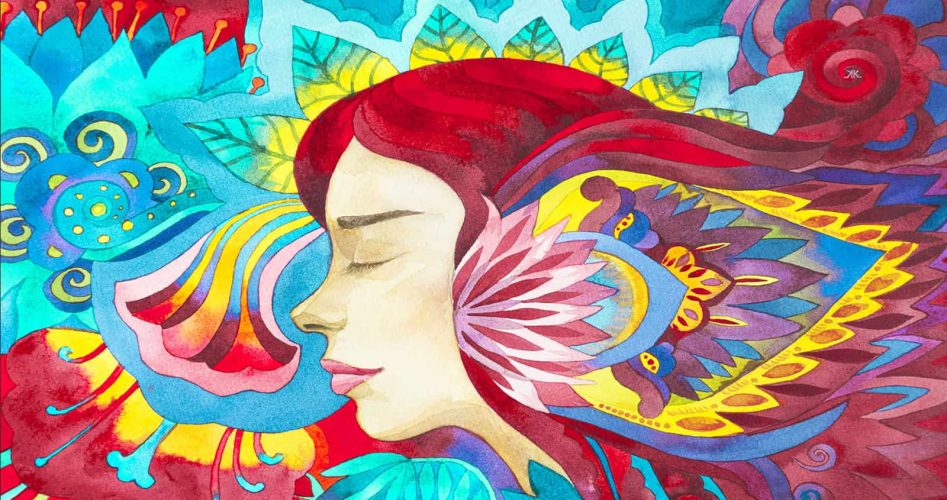 Any decision we make sets in motion the wheels of karma, which either rewards or punishes us for our actions. The universe simply responds to our state of consciousness and the choices we make from that frequency. So it makes sense to have a calm mind when making decisions.

The universe has no fixed agenda. Once you make any decision, it works around that decision. There is no right or wrong, only a series of possibilities that shift with each thought, feeling, and action that you experience.” – Deepak Chopra

The universe may seem like a chaotic, random cluster of energy and events. But within that tumultuous energy lies order. By clearing the clutter from our minds, we can choose a path that will result in better outcomes for ourselves. Scientists and researchers have studied meditation for decades now. They discover time and again the many health benefits that can arise from the ancient practice.

People who regularly practice meditation tend to have a calmer disposition. This calm mind means they can hear their intuition much more clearly. Our intuition helps us make decisions, and if it becomes clouded by a restless mind, we might make a less than desirable choice.

“If you obsess over whether you are making the right decision, you are basically assuming that the universe will reward you for one thing and punish you for another.

Below, we’ll go over how exactly meditation can help you increase the positive outcomes in your own life.

Here’s how a calm mind helps you make better decisions:

1 – It allows you to focus on the present moment.

Unfortunately, many people make decisions based on circumstances that happened in the past or perceived outcomes in the future. However, since we can only really live in the present, we must make decisions according to the here and now. Studies have shown that people make better decisions when practicing mindfulness meditation.

Researchers find that just a few minutes of this type of meditation can ground you in the present tense, which will help you have a calm mind. In turn, you’ll make better decisions because you can gain clarity on the situation and choices at hand.

In one study, researchers found that just 15 minutes of focused breathing meditation can help people make better decisions. Researchers from INSEAD and The Wharton School of the University of Pennsylvania tested the hypothesis that mindfulness meditation could boost decision-making skills by increasing resistance to the sunk-cost bias. This thinking explains our tendency to continue investing in a losing proposition due to how much time, money, or energy we’ve already spent on it.

If you’ve watched a movie to the end despite not enjoying it, continued investing in a failing business, or stayed in a toxic relationship, you have experienced this whether you knew it at the time or not. Of course, these scenarios don’t seem rational, but humans don’t like to admit they’ve wasted time or energy on something.

The expert explains the link between a calm mind and making good decisions.

Andrew Hafenbrack, along with co-authors Zoe Kinias and Sigal Barsade, performed four different studies to test their hypothesis about the link between meditation and better decisions. Ultimately, they found that mindfulness meditation can effectively break the cycle of investing resources into something that no longer produced viable outcomes.

For the study, one group of participants listened to a 15-minute guided meditation that told them to focus on the sensation of their breath. The other group listened to a recording that instructed them to think of whatever came to their mind. Then, researchers told both groups to decide according to various sunk cost scenarios.

The researchers discovered that mindfulness meditation, which helps people focus on the present moment and block out everything else, can help people make better decisions.

“We found that a brief period of mindfulness meditation can encourage people to make more rational decisions by considering the information available in the present moment while ignoring some of the other concerns that typically exacerbate the ‘sunk cost bias,’” explains Hafenbrack.

Mindfulness meditation increased resistance to the sunk cost bias in each experiment in two different ways.

Zoe Kinias explains, “First, meditation reduced how much people focused on the past and future, and this psychological shift led to less negative emotion. The reduced negative emotion then facilitated their ability to let go of sunk costs.”

Sigal Barsade concluded, “This tool is very practical. Our findings hold great promise for research on how mindfulness can influence emotions and behavior, and how employees can use it to feel and perform better.”

So, if you find that you have trouble making decisions, try a quick guided meditation to dispel doubts and clear your mind of the constant chatter.

2 – It helps you tap into your intuition.

To make any sort of decision, you need to know what you desire in life. Most people have no idea what direction to go or what to strive for. That’s because they haven’t gotten in touch with their soul. If you want to access the deepest parts of yourself, you will have to quiet the mind and go into the heart. That introspection requires concentration and a deep longing for higher knowledge.

Many people refer to intuition as the “sixth sense.”

If you’ve ever had this gut feeling to take a different route home from work and discovered later that a bad wreck occurred on your usual route, you know the power of intuition.

Or, perhaps your intuition told you someone had bad intentions with you. Then, later on, you confirmed these suspicions. If used correctly and developed, our intuition can help us navigate the storms of life and make better decisions.

Meditation can serve as an excellent tool to develop intuition. According to a team of University of Iowa researchers, the brain’s “axis of intuition” is located in the ventromedial prefrontal cortex (vmPFC). A 2014 Wake Forest University study analyzed the brains of 15 volunteers before and after just four days of mindfulness training. They found that in addition to brain functioning, the meditators seriously increased their vmPFC’s “activity” and “interconnectivity.” If these changes occurred after just four days, imagine how much you can develop your intuition after months or years of meditating!

By silencing the mind and focusing on the breath, we all have the potential to develop our intuition so we can make better, more informed decisions. We have unique purposes in life, and our intuition helps us steer our minds in the right direction.

3 – A calm mind eases emotional reactivity, which can help you make better decisions.

Everyone knows that in a highly reactive, emotionally charged state, the right decisions seldom happen. Our emotions can serve as a powerful tool to make decisions. But if we only go by how we feel, we have the potential to cause devastating choices. For example, in a period of loneliness, we might go back to our toxic ex just because they feel familiar. However, if we had stopped to analyze the repercussions of this decision, we would know that getting back with that person would only lead to more problems.

The participants then engaged in one of two 18-minute activities. Researchers gave one group a guided meditation to listen to, and the other a language-learning presentation. Afterward, researchers showed both groups disturbing images, such as a bloody corpse. They were instructed to view the photos either “mindfully” or “naturally,” and completed a questionnaire afterward.

The study found that whether the participants had high or low levels of natural mindfulness, the brain could control negative emotions to the same degree. The meditating group recovered more quickly, however, after looking at the photos, which suggests that meditation helps calm negative emotions.

Having a clear and calm mind can help you make better decisions in three ways:

So learn to look at the world with an objective, rational, and calm mind. Indeed, you can quickly discern between a good and bad choice. If you haven’t begun a meditation practice, we encourage you to get started with one! Even 15 to 30 minutes a day can make a huge difference in your mindset and consciousness.