11 Red Flags That Reveal Your Partner is Gaslighting You   » 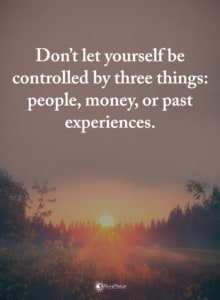 You may not be familiar with the term gaslighting. First of all, it has nothing to do with gas or lighting. Gaslighting is a form of manipulation where a spouse tries to convince their partner they’re mentally unstable. Sadly, this form of mental abuse is quite common in relationships. So, what are some red flags that reveal your partner is gaslighting you?

Where did the term “gaslighting” come from?

The term gaslighting originated in 1938 when a British play called “Gas Light” was released. Then later, in 1940, it was released in the United States as a movie called “Angel Street.”

In the play and movie, an abusive husband tries to convince his wife she’s gone mad. He assures her that she’s stealing and hearing noises, leading her to believe she’s lost her mind.

Eventually, she comes to her senses and escapes her husband’s control. In today’s culture, politicians are sometimes accused of gaslighting when they question an opponent’s intelligence or question their competence.

A similar term to gaslighting is a psychological term, Machiavellianism. This personality trait in a person causes them to manipulate others by using deceitfulness or exploitation to get what they want. They are motivated by a strong desire to pursue their interests at the expense of someone else.

Gaslighters use verbal, mental, or physical abuse to control their victims.

Studies show that gaslighting in marriage indicates a sadomasochistic relationship where one partner imposes mental or physical harm on the other person. The person enjoys their manipulative behavior because they get pleasure from it. This kind of cruel behavior seeks to control you and break down your emotional defenses. The person tries to dominate you so you’ll accommodate their wants and needs. This desire may be a desire for sexual control and or emotional control over you.

2. A gaslighter denies the behavior

If your partner is gaslighting you, he or she will deny they are manipulative. They’ll tell you that you just misunderstand them. They may say to you that you’re the one with the problem. This charade is an effort to stop you from questioning them.

They’ll blame you, play the victim and question your love for them. You may even end up apologizing for doubting their sincerity. It’s twisted behavior and destroys your relationship. Gaslighting tears apart a relationship, stripping away the ability to discuss issues and even disagree with one another.

3. Gaslighting will wear you down with the repeated lies

The gaslighter is tenacious. They’ll repeat their lies to wear you down. They are motivated by their desires and perceived needs. They create false scenarios to confuse you. In their lying, gaslighters use various strategies to break you down. They will try to

A person who gaslights exaggerates to get their point across. This action puts the gaslighter in control so they can overrule anything you may question or any attempt you make to point out their lies.

They are always right, and you’re still wrong. They will lie about your ability, your looks, or your intelligence to others. If you question these comments, they may call you crazy or delusional. This game puts you on the defensive and helpless to have an opinion on the matter.

4. They trivialize their behavior

If you are gaslighted, your spouse or partner will tend to downplay your concerns or your questions about their behavior. They will turn things around, questioning you to minimize their behavior and cause you to doubt yourself. They may say something like the following phrases:

These comments seek to destroy your self-confidence and make you feel like you’re in the wrong. You may end up so manipulated that you apologize for simplifying questioning the gaslighter.

Researchers found that manipulative individuals beg and threaten in their healthy life. They use impassioned pleas to convince someone to believe them or do what they want. It’s emotional manipulation that wears down a person to feel sorry for them and to give in to their pleas.

You may not realize your spouse does this. Perhaps you think they’re an emotional person who feels things deeply. Indeed, you may be reluctant to see how manipulative they are and how they use emotional pleas to get what they want from you.

6.  A gaslighter will attack your friends and family

You know you’re being gaslighted if your partner tries to tear your way from your friends and family. The gaslighter wants you totally for themselves.

At first, you may feel flattered by their attention, thinking they’re devoted to you. But it’s not devotion that motives them. Gaslighters fear exposure and think that your friends will see through their manipulation. They’ll use emotional begging to convince you to spend time with them instead of your friends or family.

They may question your friend’s motives or attempt to convince you that you can’t trust others. Or they will lie about what your friends said or did. Their goal is to isolate you from the outside world so you will be under their control.

If you live in a gaslighting relationship, you will begin to feel less confident about your abilities or your intelligence. This form of mental abuse erodes your self-confidence. You’ll look to the gaslighter for approval. You may apologize to them all the time because you’re anxious about how they’ll react if you disagree.  Out of fear of incurring their wrath, you’ll agree with them all the time.  If you are being gaslighted, your partner may use verbal abuse to manipulate and erode your self-confidence. They may minimize your experiences or knowledge. They’ll tell you you you’re dumb, stupid or an idiot.

8. Verbal abuse confuses you and breaks you down

Researchers found that women who are exposed to verbal abuse are more likely to experience poor mental health and depression. Constantly being accused of being wrong or confused is a form of verbal abuse which can lead you to have a mental breakdown. Verbal abuse includes

You may become so anxious or worried while you’re verbally abused, you develop psychological problems. Weirdly, the gaslighter’s prediction that you’re mentally falling apart is true due to their abusive behavior.

9. They will subject you to the hot and cold treatment

Your partner is gaslighting you if they display contradictory behavior-being abusive one minute, then being loving the next. It’s easy to fall prey to a gaslighter’s emotional ups and downs. They are unstable, but you may not see it at first because they’re such good actors. First, they seek to manipulate your emotions and demand your total loyalty.

They know how to play you, being sweet and loving to you. You begin to relax your guard. Just as quickly, they’ll attack you for something you did or said. It makes the relationship an emotional rollercoaster for you. All the while, the gaslighter blames you for his behavior.

Gaslighters don’t like to have their motives questioned or to hear that they are in the wrong. If you question them, they will push back hard. They may get hostile or even physical with you shoving or hitting you. This behavior is an intimidation tactic to make you stop questions.

The gaslighter needs to be right. He or she will use “put-downs” or character assassination to wear you down to the point that you give up trying to point out issues in their life.

If you’re in a relationship with a gaslighter, they may promise you they will change. They’ll promise to be less harsh or abusive if you just give the gaslighter some time. They may get emotional and cry or beg you. They’ll tell you how much they adore or love you.

This move may cause you to feel sorry for them and even feel grateful that they say they’ll change. It’s a twisted tactic for future control of you. These yo-yo promises wear away at you until you feel emotionally exhausted and powerless.

Final Thoughts on Red Flags That Warn You of Gaslighting

Gaslighting is more common than you think. We’re all susceptible to being gaslighted. It can be hard to detect abuse in someone we love and care for. It’s easy to tell yourself that destructive behavior isn’t real.

Remove yourself from the relationship immediately. Seek help from a therapist or counselor. Finally, find a support network or friends who can help you gain back your self-confidence and hope.