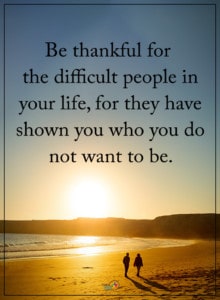 Relationships are a game for some men. They pull you in, then spit you back out. Many times we fall for it thinking he’s our soulmate. Watch out. We’ve got nine not so visible signs he’s playing games with your heart.

If a man has you on his roller coaster of love, he’s playing games. It isn’t fair to you that some days he feels like calling and texting while other days he disappears. Sometimes he seems excited about the future while other days he looks a million miles away. This roller coaster of a relationship is insane. You’re the one getting whiplash while he strings you along for the ride.

Sometimes he truly might be busy. Other times he just might be a jerk. Sometimes guys just lose interest. This behavior hurts you but is better than the man that wants you as his pawn.

These types of men just test you to see how far you’ll ride. They want to see if you’ll keep playing because as long as you play, they get exactly what they want in a partner. Ask them upfront if they’re taking you on a ride, or if they’re truly interested in you, but don’t know how to show it in the right way.

2. They Have No Other Allies

Some women fall for the sweet, mysterious type of man that seems to be a loner. Yes, there are great men out there just like this, but there’s also the narcissist that isolate their partners. You may notice he’s controlling of anyone around him. In fact, there’s hardly anyone else ever around him because of this.

No one wants to fall prey to his games. He’s playing games by making you think you’re the most special person in his life, but in reality, he doesn’t have many people in his life at all. This is because this game usually involves using people until they no longer have the need for them. You don’t need a lot of friends if you’re always trading them in.

You’ll notice he has many former girlfriends, but it was always their fault the couple split. You’ll notice he’s no longer friends with his buddies because the buddies did something to end the friendship. When someone doesn’t have allies on their side, there’s usually more to the story.

Sometimes men are born sensitive. Other times they’re playing games with your heart. Narcissistic men don’t respond well to criticism at all. They feel they’re above criticism. You might be joking, but they don’t take it that way. When men are too sensitive, it sometimes means they’re just playing with your emotions.

They want you to feel bad for being “mean” to them. When they don’t get their way, you’re in trouble. They need to feel in control at all times. When you hit their buttons, they may show you their sad side, making you feel horrible. The world isn’t going to cater to them.

They don’t understand why everyone isn’t on their side. Men that take offense to everything you say without you giving your side aren’t worth your time.

4. They Have No Empathy

If someone has no empathy for you, it’s time to run. A relationship needs to be a balanced one where both parties listen to both sides of arguments. If a man has no empathy towards your viewpoints in life or things that have happened in your life, it’s all a game to him.

You’ll notice he doesn’t have much feeling about anything in other people’s lives. He claims to be close to people but doesn’t worry about what’s going on in their life. He might not even realize you’re going through a tough time. When you disagree, he won’t budge no matter your feelings on the subject.

In all reality, you aren’t “together” in the sense of being a couple at all. If you can never unite with empathy and sympathy, you’re just riding along together on that roller coaster.

5. You Can Never See Their True Self

It’s possible to be with someone, yet never know who they are when they’re playing games. The game is all about the mask. You can even live with someone without them taking off that mask. This is because some men simply hide their feelings and who they are. It’s not even about you. It’s all about their insecurities as a person.

The game is all about how long they can keep you around without you seeing behind their mask. Some men don’t like to be vulnerable at all. They may not be able to take off their mask because it’s protection for them. You never see if they have any true redeemable qualities because they won’t let you. Don’t worry. This game is not because you’re not “good enough.”

This game is because they feel the mask is who they are, and it’s the only way they’ll ever survive in their world.

6. They Need All The Attention

If your man needs to be in the spotlight at all times, it might mean he’s playing games. If he gets all of the credit for the relationship, you’re just a pawn. Some men want the fame when they do nothing much in the relationship.

They may seem to be the prize of all the men, yet they’re scumbags. When they’re on a pedestal, they have the power. They love attention because they feel powerful. They may portray themselves as a martyr who needs support in life.

Basically, they will do anything they can to get the attention they need for their ego. In a relationship, if you both don’t have the attention you deserve, there is no need to be in it. He needs to treat you like you’re on a pedestal as well.

7. His Eyes Are Always Roaming

It’s okay if your man has a normal wandering eye. Most men are programmed to notice beauty in women. It becomes a problem when you notice he is always staring at other women, find random texts on his phone, or notice him talking to lots of women.

He may claim they’re just friends, but some men have a deeper motive. It’s simply disrespectful in a serious relationship to have lots of women on your dance card. If he’s streaming you along just so he can reach the next height of women, figure it out and run away. If he cheated on someone else with you, take note that he may do it again.

For some men, one woman is never enough. It might also be the fact he wants a lot of different women. Don’t take it personally. Some men just cannot be fulfilled with just one woman. They play games to figure out which one will do the most for them physically and mentally. A cheater will tell you anything you want to hear to get you off his back about the other women.

Don’t believe him unless he’s sincere. Don’t waste your time with someone that will never have enough love in his life.

8. It’s All About Acceptance

The acceptance game goes beyond a mask. Their goal in this game is to make themselves seem like a wonderful person just to be favored. They want to be the most popular person in the room. You fall for their kind, sweet persona because they want you to favor them.

They don’t truly care if you care about them, but they want that acceptance. They crave to be on top of the world. You’re just in this game because you help accelerate them to this power couple status. They may pretend to agree with you on everything.

Or he’ll pretend that he supports your side. Finally, he may even act like your values are their values. It’s all about getting acceptance then moving on.

One of the meanest ways to play with your heart is the wrongful assignment of fault. The guy that sends you on a guilt trip is the wrong man for you. He will manipulate everything into being your fault. Many women fall for this in a relationship because they want to keep the man, and they are hopeful that things will change.

They might not even realize they’re being manipulated. Many times a man will seem empathetic and then slowly reveal his true motives. They start showing you through emotions that they’re sad you hurt them. It’s always the fact you hurt them instead of they did anything wrong.

It’s easy to turn things around in their favor. If you start seeing a pattern, stand your ground. Don’t stay around to be the victim when they seem to always be the one suffering for love.

Don’t feel disappointed in this relationship.

In the end, if a man is playing games with your heart, he’s the loser.  Know that you can win the game by leaving him. You don’t need to be a pawn to anyone that doesn’t deserve you as a partner.