The Top 15 Things to Do in New Zealand 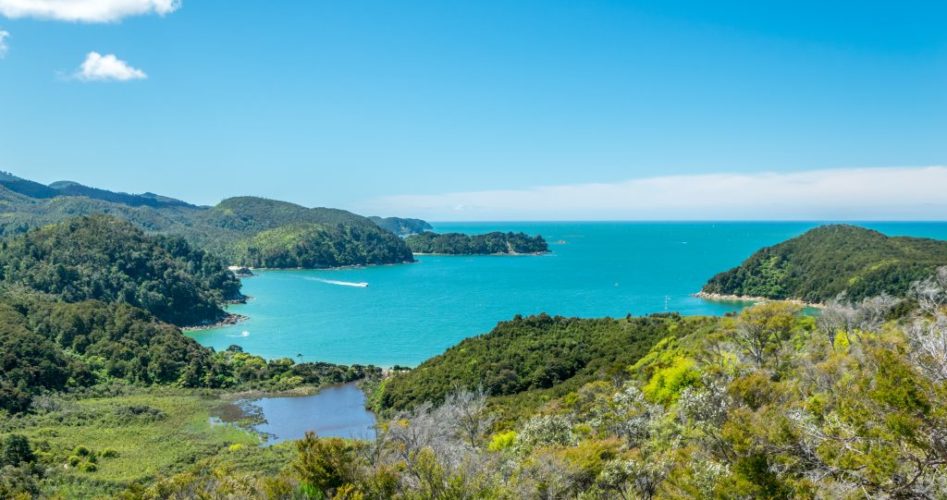 The Top 15 Things to Do in New Zealand

That’s because when it comes to tourism, New Zealand is a masterclass. But with so many attractions vying for your attention, how do you know you’re including the top things to do in New Zealand on your itinerary?

Here are 15 top New Zealand attractions to get your adventure holiday off to the best start possible.

1. Bungy Jump off the Kawarau Bridge in Queenstown

In 1988, AJ Hackett and Henry van Asch started the world’s first commercial Bungy Jump. Where? Off the Kawarau Bridge in Queenstown.

Jumping from the Kawarau Bridge isn’t just an exhilarating experience, but a historical one as well.

These days, Kawarau Bridge Bungy is still going strong. It hurtles 38,000 people per year toward the crystalline surface of the Kawarau River. It’s also the only Bungy site in New Zealand that offers tandem jumps, for those who want to share the fear with a friend.

The Abel Tasman is the highest point you can skydive in New Zealand. It’s also one of the only locations you can see both the North and South Island as you jump.

If 16,500 feet sounds like the adventure you’ve been looking for, look no further than the Abel Tasman. It boasts the best views in New Zealand and the most time to truly appreciate them as you dive.

The Rangitikei is one of the top half-day Grade 5 rafting trips in the world.

The river section usually starts at the River Valley Lodge. The real action starts about halfway through rafting, with some Grade 2 and 3 rapids to start. Once you hit the Gorge, your skills are really tested with 10 large rapids, one after the other.

Your finishing point puts you right outside the Lodge. This makes a post-rapid pint practically mandatory after a long days rafting.

At 11km total, this all-season whitewater rafting trip is one of the top things to do in New Zealand.

If tracking down the best skiing in the world is your thing, then Queenstown is a must-see. The town is perfectly positioned in the heart of the Southern Alps. This makes it the ideal home base for tackling its four local ski fields.

Each field has its own unique character and varied terrain, which means there’s something for every ability level. The fantastic alpine scenery alone makes a ski trip out of Queenstown one of the top things to do in New Zealand.

In 1999, JRR Tolkien’s Hobbiton Shire came to life on New Zealand farmland two hours outside of Auckland. The rolling green hills proved the perfect place to set the home of the Hobbits in the Lord of the Rings trilogy.

Since filming wrapped, the area has taken on a new use — bringing movie magic to the general public.

Guided tours of the Hobbiton set as seen in Lord of the Rings commenced in 2002. The area then got an extra makeover in 2009 when Peter Jackson returned to film The Hobbit movies.

Nowadays, the area is a beautifully detailed homage to Tolkien’s extended universe. It’s one of the top things to do in New Zealand, whether you’re a fan of the books, films, or both.

Wai-O-Tapu Thermal Wonderland is part of an 18-square-kilometre active geothermal park. It’s located at the northern perimeter of the Reporoa Caldera, a collapsed volcanic crater formed 230,000 years ago.

Wai-O-Tapu is one of the top things to do in New Zealand. With the park open 365 days a year, you have no excuse not to experience the wonderland that Trip Advisor calls, “one of the most surreal places on Earth.”

The majority of the island’s vineyards prop open their cellar doors year-round. This makes the trip from downtown Auckland well worth the 35-minute ferry ride no matter the time of year.

Hallertau is the leader in craft beer in New Zealand and for good reason. Its iconic numbered beers live up to the brewery’s motto: “Twisting beer traditions for new sensations.”

The Hallertau Brewery exports all over New Zealand, but it also runs its own restaurant in Riverhead, Auckland. Hallertau takes its food as seriously as its beer, making a visit one of the top things to do in New Zealand.

Its fruits and veggies are locally-sourced, often from the kitchen garden. They also keep their own free roaming brewery chooks, so their eggs are as fresh as their home-baked bread.

Hallertau is only 20 minutes from the city centre. This means a pint is in order!

The glowworms of the Waitomo caves are of the Arachnocampa luminosa species. They are native to New Zealand.

New Zealand is one of the best places to see glowworms in their natural habitat. It’s also one of the most picturesque. Boat rides through the caves are offered with expert commentary from professional guides.

If you’re looking for insight into Maori culture, history, and stories, the Tamaki Maori Village is one of the top things to do in New Zealand.

11. Swim with Dolphins in the Bay of Islands

The Bay of Islands sees dolphins and other marine wildlife all year round. This makes an eco-cruise out of Paihia well-worth the 3-hour road trip from Auckland no matter the season.

As well as learning about dolphins, you’ll also gain special insight into the Bay of Islands.

The seaside town of Kaikoura is a 2.5-hour drive north of Christchurch and well worth a spot on your itinerary.

As well as boasting the New Zealand staple of snow-capped mountains, it’s known for the 2km deep underwater Kaikoura Canyon. This canyon is home to a host of marine and plant life, including the Giant Sperm Whale.

Kaikoura’s resident Sperm Whales can reach up to 20 metres in length. This makes them the biggest carnivore species on the planet. Other whale species, dolphins, seals, and albatross also call the Kaikoura Canyon home.

Whale watching tours in Kaikoura boast a 95% whale spotting success rate. This is a statistic many companies back up with an 80% guaranteed refund if your tour doesn’t see a whale.

Rudyard Kipling calls the Milford Sound the 8th wonder of the world and for good reason. Its vertical sea cliffs are some of the highest in the world, with the mountain peaks beyond reaching even higher. This combined with the fiord’s many arching waterfalls makes for world-renowned scenery.

Daytime or overnight cruises are an amazing way to experience the Milford Sound. More adventurous types can also kayak, dive, or fly over the area.

As the Kiwi’s most famous tourist destination, the Milford Sound is among the top things to do in New Zealand.

14. Take a Photography Workshop at the Auckland Zoo

The Auckland Zoo is currently home to over 1,000 animals, representing 126 species. These range from mammals to birds to ectotherms. With this sort of diversity, you’ll find your fingertips itching for your DSLR.

Auckland Zoo photography workshops are a great way to build your skill set or beef up your portfolio. The Zoo’s team of photography tutors are professionals in their field. They have invaluable insight and knowledge to impart as they take you on a journey by photos of the animals.

The Fox Glacier was named after Sir William Fox, New Zealand’s Prime Minister from 1869 to 1872. It’s a 13-kilometre-long temperate maritime glacier nestled in the foothills of the Southern Alps.

Many tour companies offer flyovers of the glacier. But if you want to get up close and personal a heli-hike or guided ice walk is the day-trip for you. Most quality New Zealand Winter Travel experiences will include a glacier trek.

Discover Your Own Top Things to Do in New Zealand

Whether you’re looking for your next epic experience or searching for travel blog fodder, New Zealand has something for everyone. It’s one of the only places in the world that combines culture, geothermal wonders, adventure sports, and award-winning food and wine.

Do you tastes run more towards Harry Potter than Hobbiton? Check out these 5 quirky things to do on your trip to London!