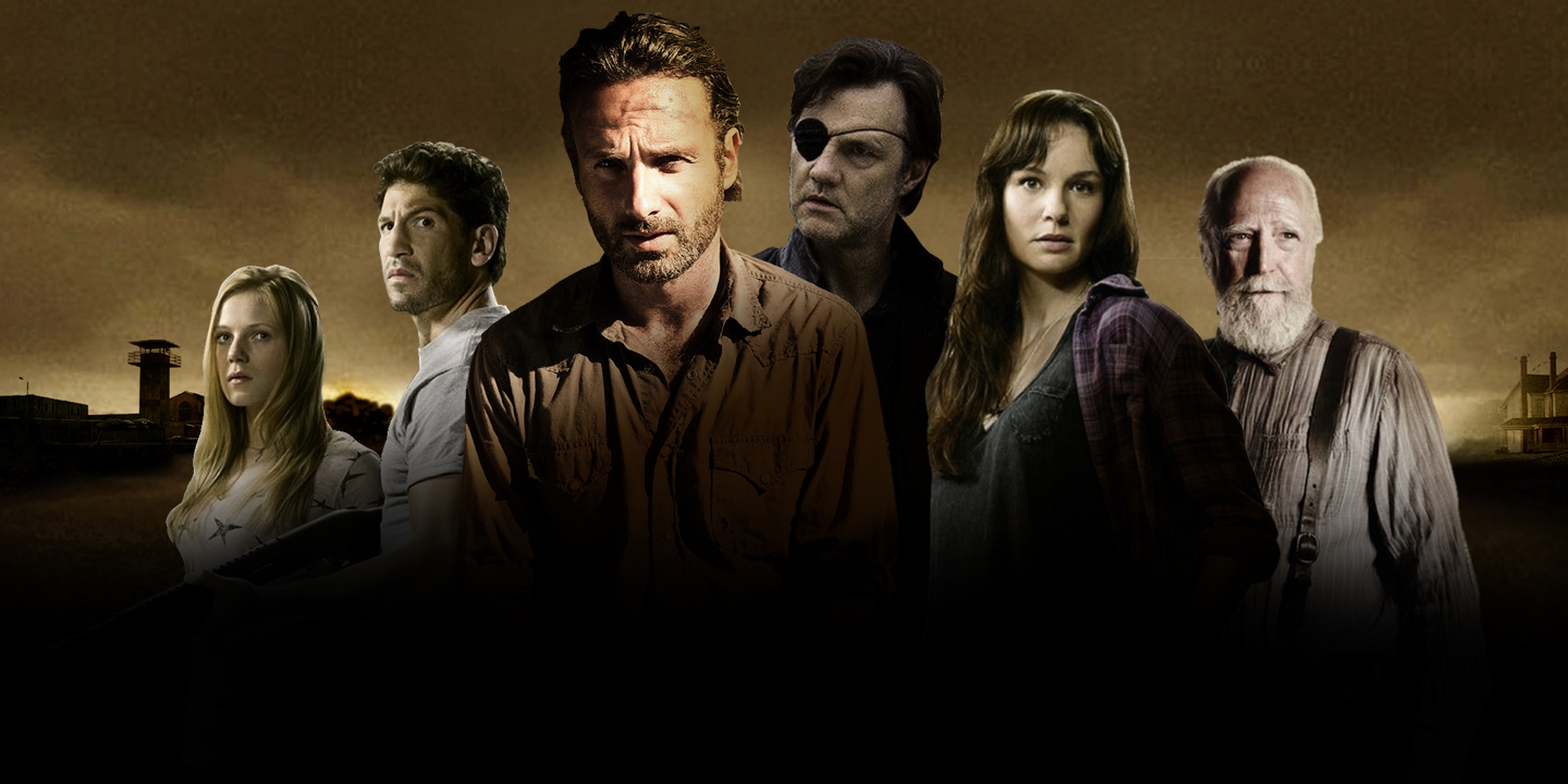 Where the world has been excelling in every other field, the entertainment industry has excelled the most and at rapid speed. From storytelling around the campfire to performance in front of crowed and now in form of television. Today entertainment industry is at its peak with thousands of different stories, everyone genre more unique than the other.

For the past 7 years, The Walking Dead has been ruling the television industry since 31st October 2010 with its 8 seasons. The main theme is a group of people surviving a zombie apocalypse in America. The show has been on every person’s tongue because of its amazing special effects, character development, and direction. The show has created millions of fans that would defend TWD at every cost. The fans are blindsided and don’t admit that like every other show this one has some blunders or mistakes too. Born Realist has pointed out 15 of them for you.

15. The Main Crowed Is Way Too Clean:

For the past 8 seasons, the show has shown a time period of 3-4 years. Where the main characters have been surviving on the road sleeping in the dirt and fighting zombies. Even though they do look messed up while fighting zombies, they are pretty clean rest of the time. The reason is that TV actors are supposed to look good for the TV. How can perfectly white teeth, non-greasy hair, no sweat stains by justified in a zombie apocalypse. 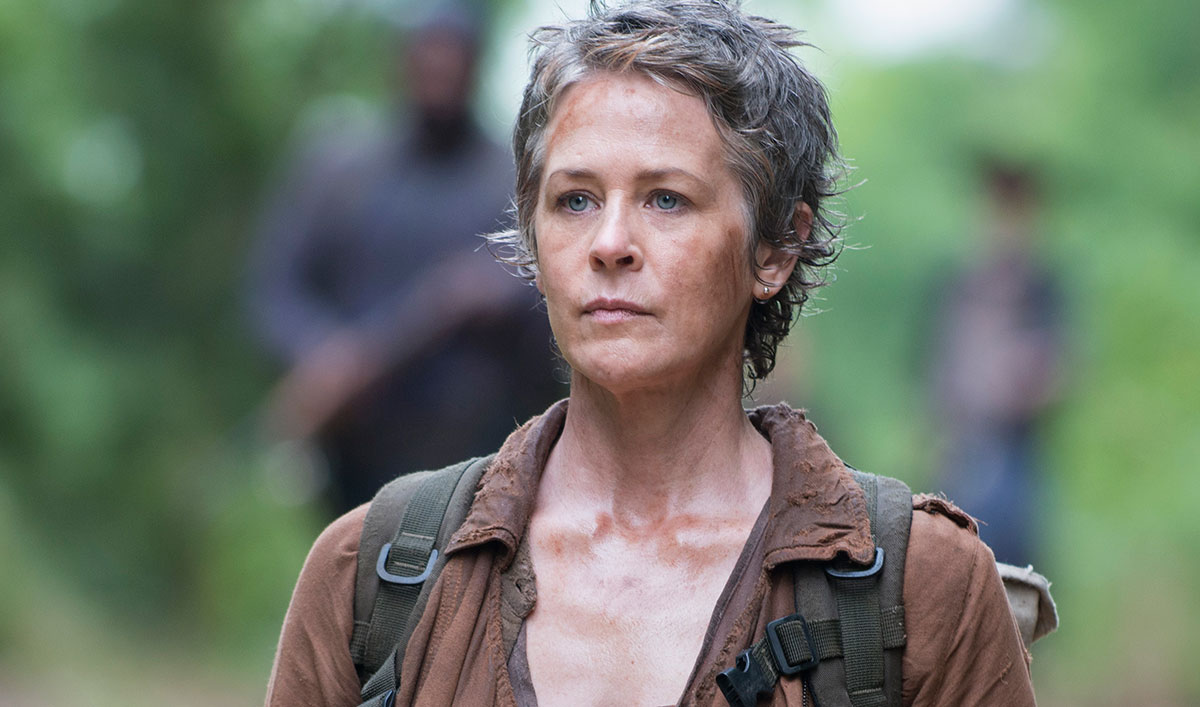 The character developed over the course of 8 seasons. From a helpless domestic abuse victim before apocalypse to a heartless killer with caring personality, Carol has developed the most. But at season 6’s end she decides to leaves her group claiming she can’t be cold hearted anymore knowing very well how much she was needed. Due to her decision everything that happened in season 7 occurred. This is all against her previous character development. 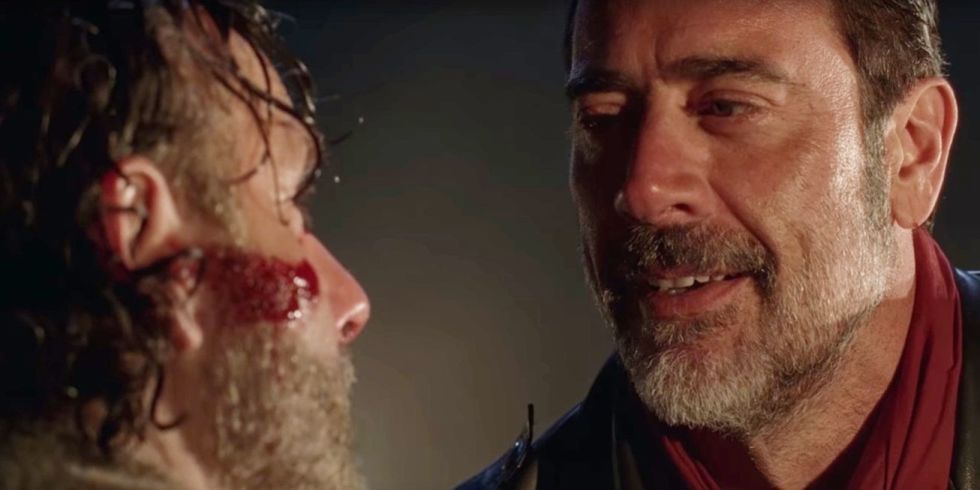 As much as you might hate Negan you still have to admit that he was the best part of season 7. His brutal killing and leading of survivors on basis of rules and fear with just a bat is worth mentioning. Everyone around him has guns or knives while he just has a bat and still rules them all. In last season Negan goes around with Rick to tell who the boss is after killing Glenn and Abraham. While on the journey Rick could have easily killed Negan despite his threats. Would his family really would have been killed if Negan was killed over by a more powerful person making him worthy to rule.

12. Asking For Just One Bullet: 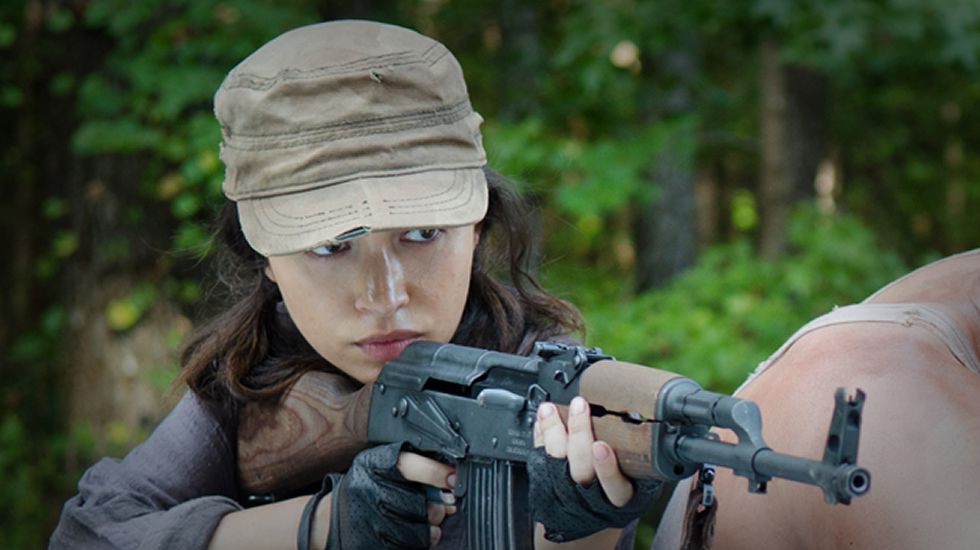 Rosita’s making it out alive of season 7 has made fans really happy. She was in a relationship with Abraham, who later dumped her for Sasha but she still cared for him and Negan smashing Abraham’s had made her want revenge. Asking Eugene to just make one bullet was the bad call. Her overconfidence made her miss the shot, if she had two or three bullets, Negan would have been dead. 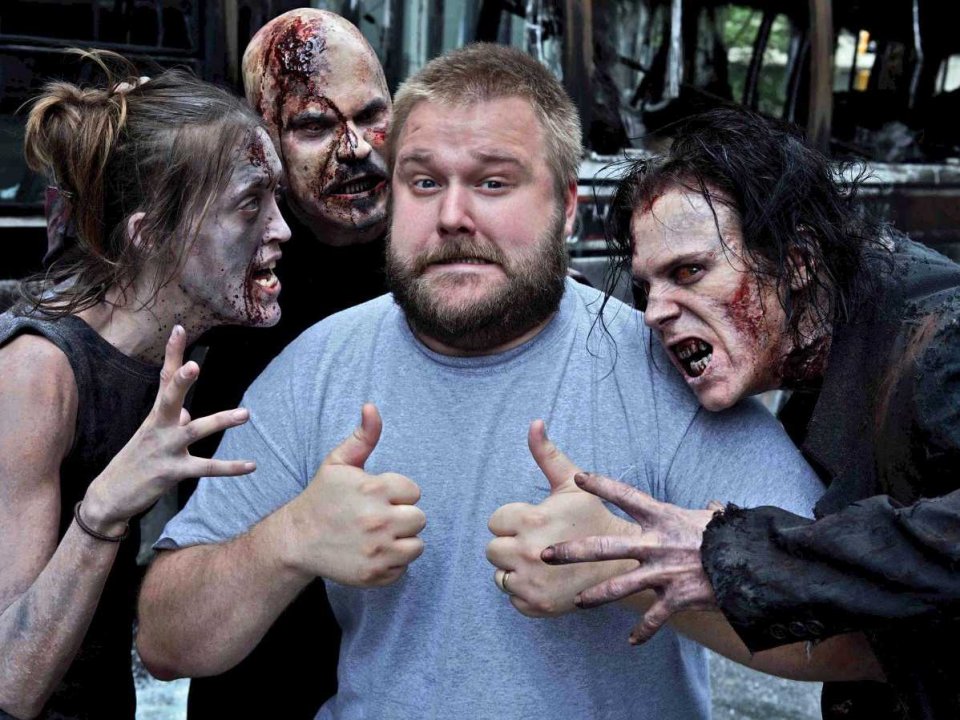 Even though he is the writer of the original comic book and executive producer of the show, he still sucks because he created changes in his own work like Shane’s different ending, Rick Michonne’s relationship, baby Judith’s survival. Most importantly he sucks because of his weak female characters and sexist ideas.

10. Spin-Off Is Supposed To Be Better Than Orignal:

Fear the Walking Dead is the spin-off of TWD which takes place at the time of apocalypse giving people the reason to all the downfall. The show had potential to be amazing but it is going down even after going on for four seasons, the show has gone downhill. This is all because of poor execution and character development with unnecessary characters and going their bad decision making. 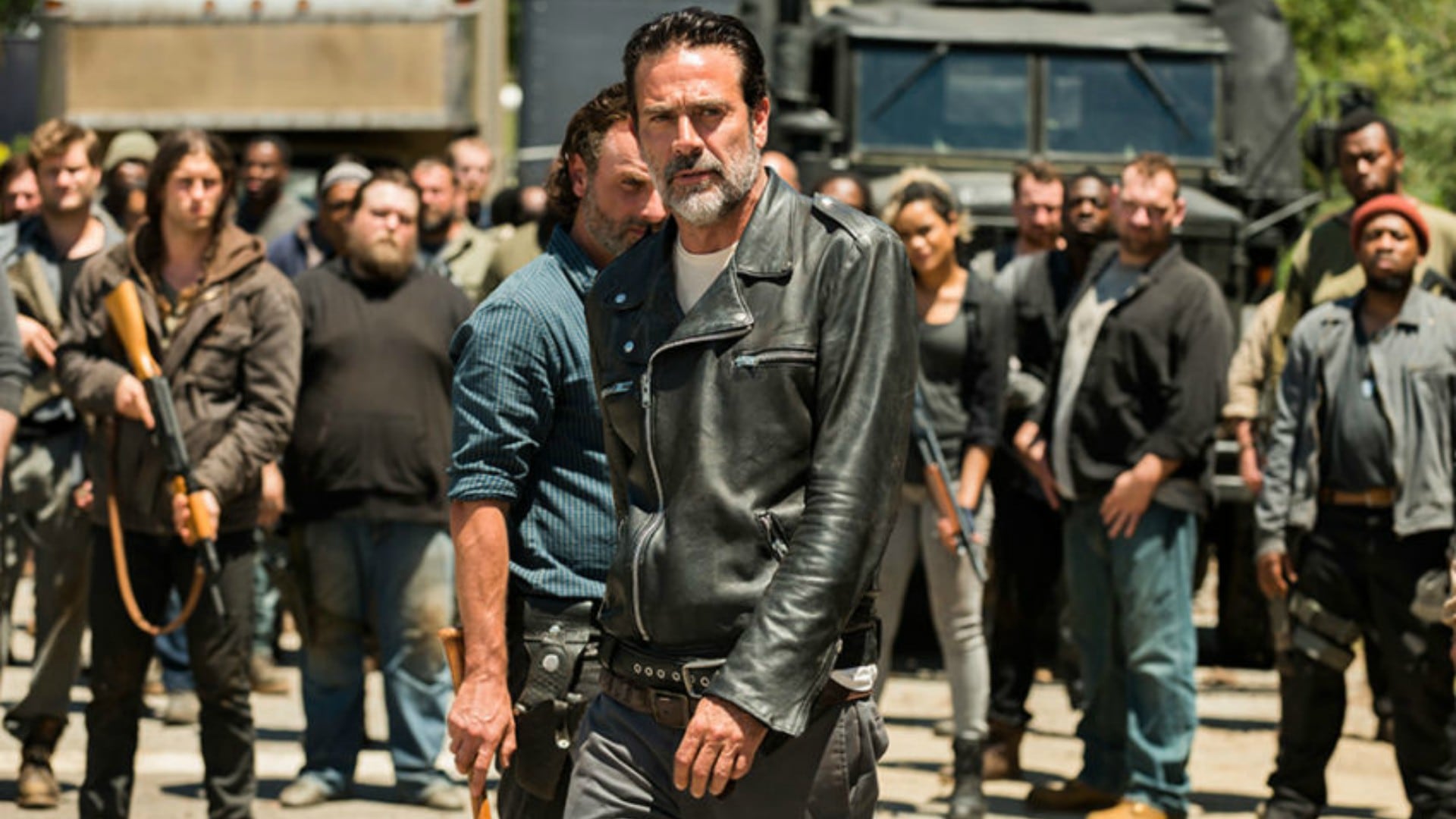 The Walking Dead originally had a small team but in season two new members were introduced and to fix the old ones were sidelined. In the first season, it was right to eliminate the original survivors to make room for new but the show has been making some stupid mistakes like sidelining T-Dog’s character, making Beth useless by limiting her screen timing and pairing off with a character that has nothing to do with the story. The show is messed up with many large survival groups. How is the audience supposed to get connected or develop emotions for any character with so many to even remember?

8. The Scavengers Are Worst: 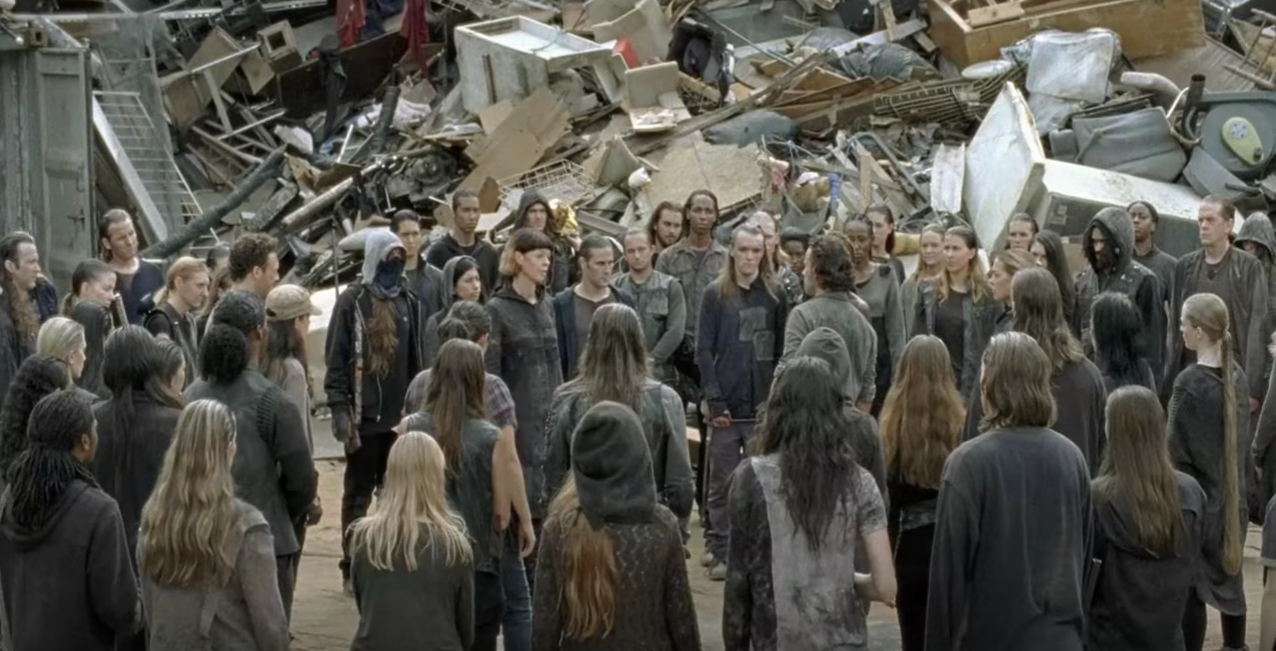 Bringing in Scavengers was the worst idea for the show. They are a group of survivors who don’t have any surviving skills, food health or medicine to provide and still, the chose to betray Rick for Negan even when Rick’s offer was to their benefit. Negan promised to give more people and aren’t they already out of supplies for old ones.

7. Why Does The Apocalypse Only Show America: 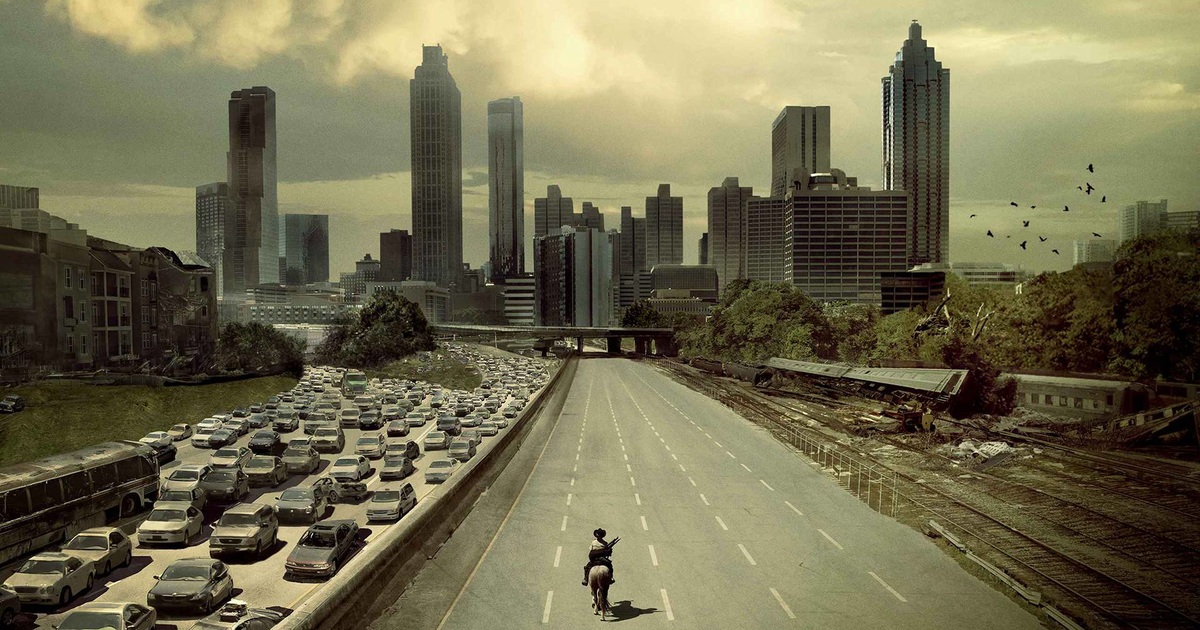 The only global level information that the show has provided is every person on the planet has been infected, other than that no one knows about the survivors. You can’t be so naïve to think that everyone on earth has lost their humanity except a few people of America and Mexico. To think that no one survived out of so many other countries is just plain stupid. Humanity knows how to survive and can find ways of survival everywhere.

6. Game Is Better Than Spin-Off: 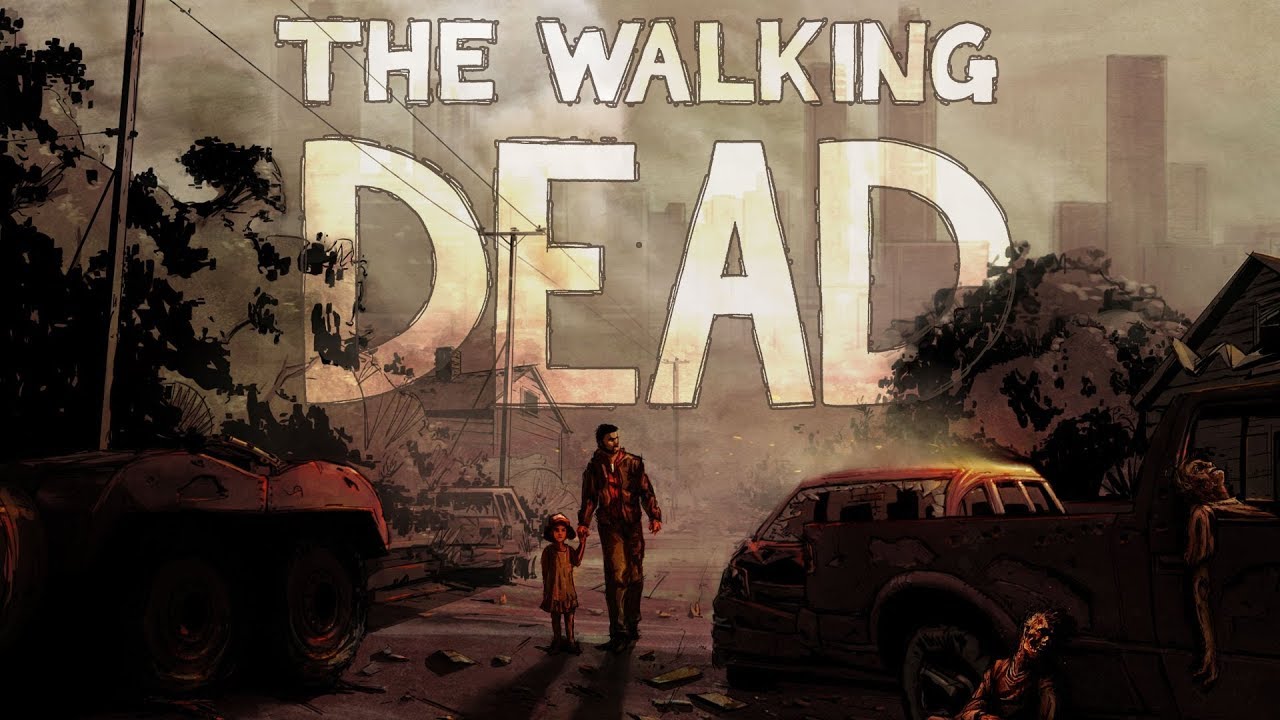 TWD had a proper telltale game before its spin-off and it is actually better in so many areas than the show. The show follows the same art style as the comic and tells a story of an escaped convict, Lee, and an orphan Clementine. The game’s dialogues and pacing capture your attention. The way they get over a character’s death is much better than the show.

5. They Are Not Even Close To Ending: 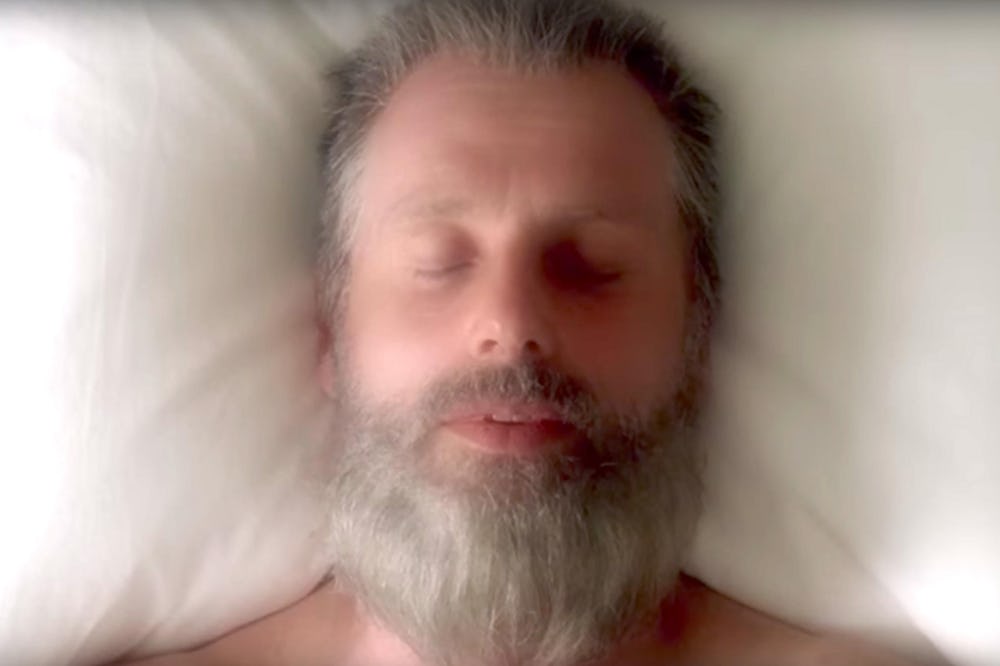 The best amount to complete the story is within 5-6 seasons or at least ring it closer to ending by then. The show has gone well past 5 seasons and is now on eight but it’s not even close to ending instead the show is being dragged to fill the time mark. The show is on repeat about a group of survivors, fighting off zombies and occasionally humans too. When the audience does not have an idea if the show is going anywhere from there, they do eventually lose their interest. With this behavior, the show will just go on till AMC decides to cancel it.

4. How Did Humanity Lose To Zombies? 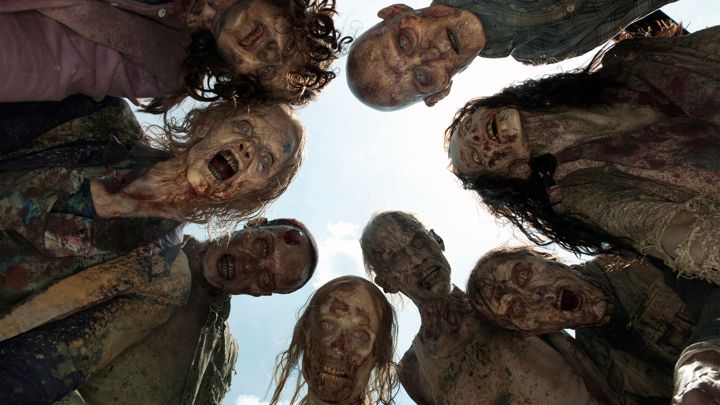 Just saying that the entire world was turned into zombies in a few months and now one could fight them off and then you show a small group of people surviving for last 3-4 years with small knives and guns, does this make any sense? Zombies move incredibly slow and anyone can outrun them or fight them then how on earth did the entire world got wiped out within a few months and zombie nation took over. 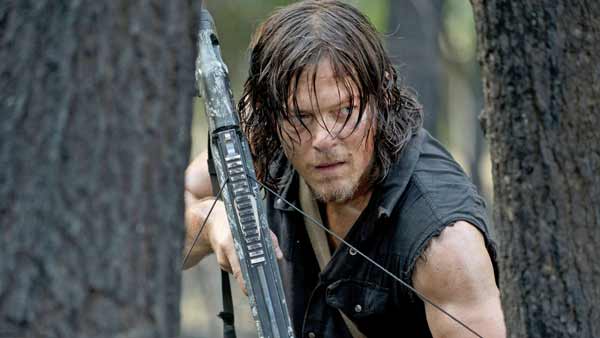 Rick, Carol, Daryl, and Carl are the only characters from season one who have survived throughout eight seasons, they are all an integral part of the show except maybe Carl. Daryl has the most fan following because of his straight to the point approach and survival techniques, killing off Daryl would be harder as compared to others as he knows how to survive in the wild. The thing is he is not actually the best character because he is at his best when he is with people but alone he is dull and boring and don’t attract any attention. 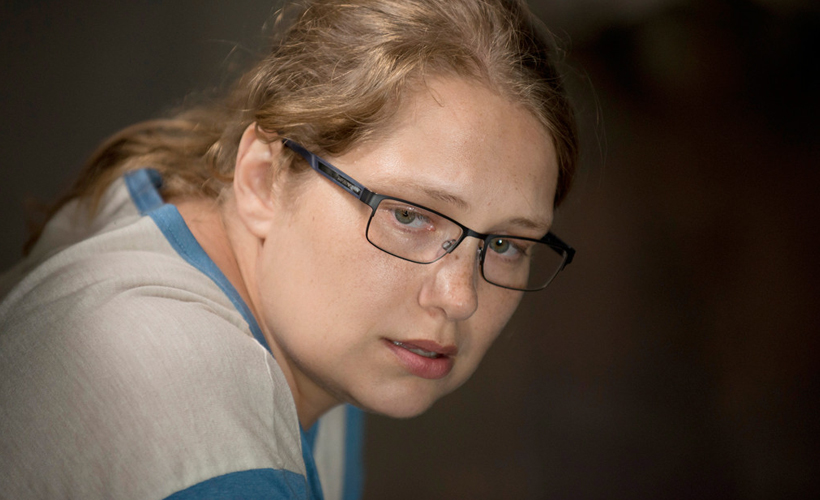 Apparently, doctors are not important at all according to the show. Where doctors should be the most important ones who could provide you would medicine, treatment and research on a cure, they are the ones to get killed first. Olivia was allowed to leave Alexandria knowing she is the only doctor there and Negan clearly had no issue killing of the only doctor in his group just because he thought that the doctor betrayed him. These are just stupid reasons to kill people who are supposed to help you survive and get better. 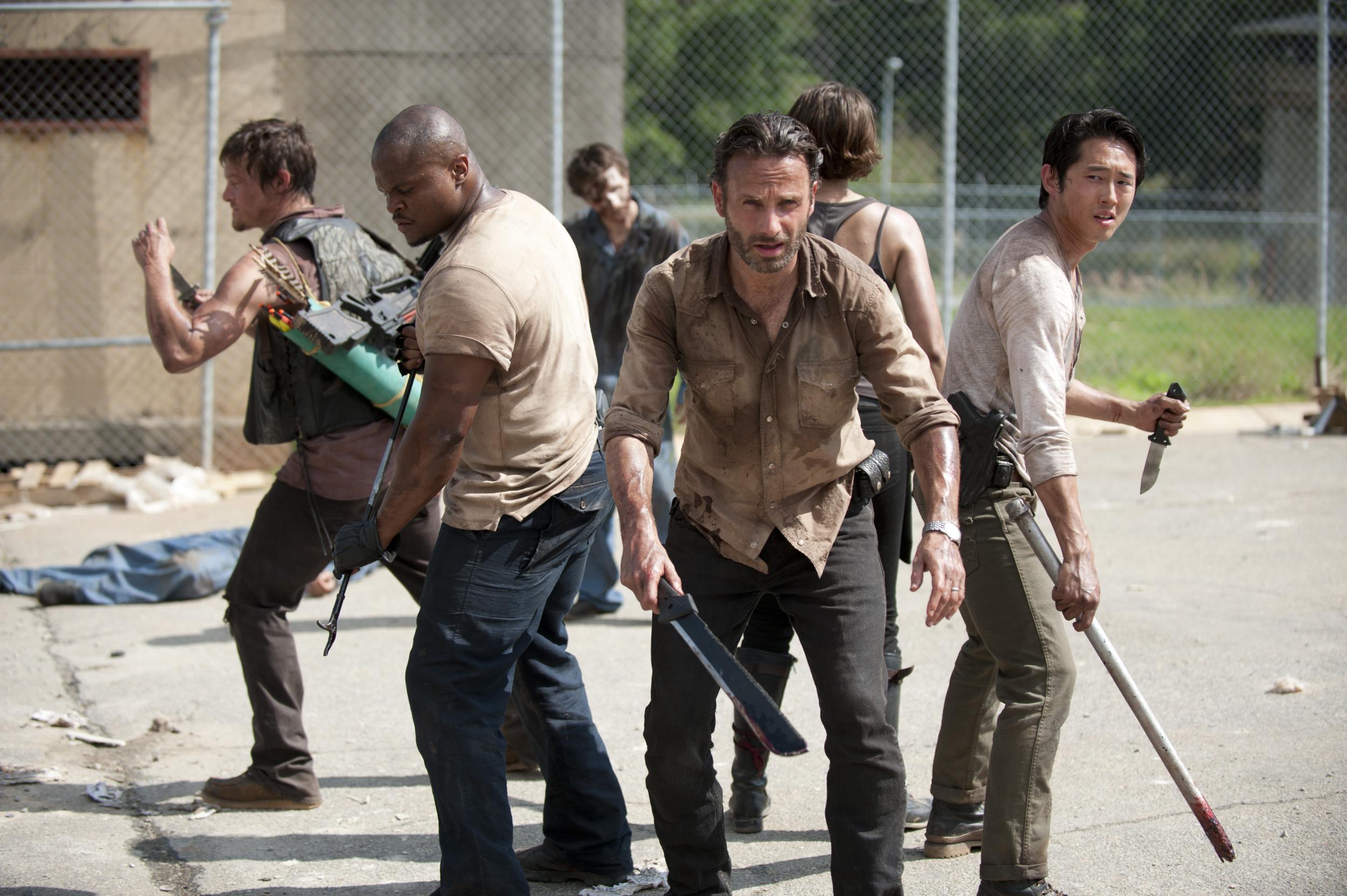 While to show basically is about surviving the zombie apocalypse, still, this needs to go somewhere, there should some way to determine if the zombie nation is even close to vanishing or the show is somewhat moving somewhere to the ending. How long would these people be able to survive if the story is not going anywhere, eventually they’ll get old and out of shape making it difficult for them to survive. If the show is supposed to end with zombies taking over then what’s the point of the entire show?

IcetruckOctober 21, 2017
Like story:
tweet
You Can Hypnotize People To Agree To Anything You Want Using This Easy NLP Trick
Robert Mugabe’s WHO appointment condemned as ‘an insult’